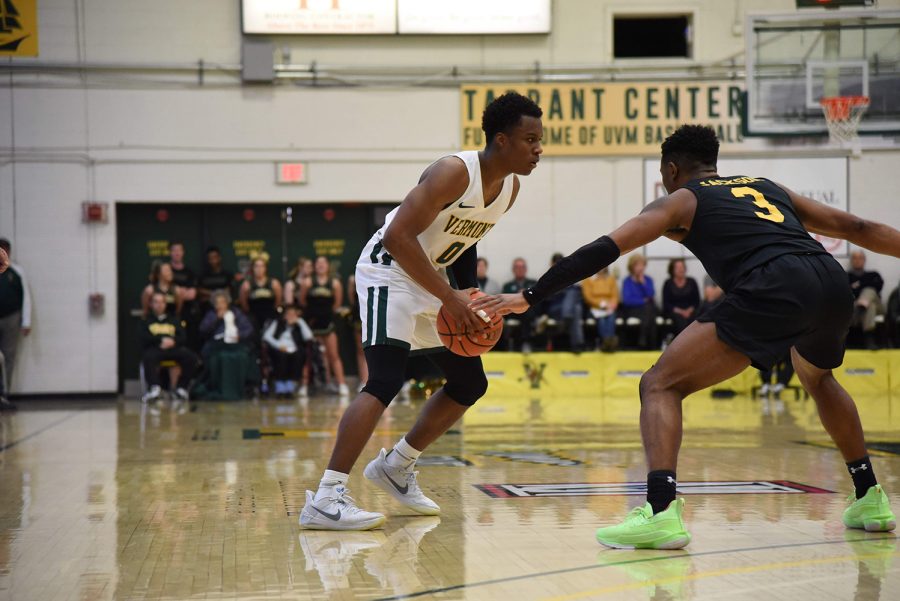 The UVM men’s basketball team’s prospects are shaky after the shattering of their 12-game win streak Feb. 22.

Despite their No. 1 seeding, the Cats lost 66-64 to No. 4 seeded University of Maryland, Baltimore County.

In many ways, the Catamounts seem like a clear contender for winning the America East conference and advancing to the NCAA tournament.

But after this game, against UMBC, the bracket-busting team that blocked UVM from March Madness in 2018 and went on to be the only team to beat the No. 1 seed as a No. 16 in the tournament, you have to ask yourself:

If UVM, with a completely healthy roster, can’t beat a lower seeded rival team, just how far can they make it this season?

The Cats are currently seeded first in America East and have an overall record of 22-7 and 12-2 in conference play. The Cats have already clinched a home game in the America East quarterfinals.

Unlike many other America East teams, the Catamounts are fortunate in that they have a healthy roster.

There are no current recorded Catamount injuries. As a result, Vermont has a solid amount of depth on the bench which they can and have been utilizing.

This season, Vermont has proved that they can hold their own against fierce competition in non-league games.

In an away contest Nov. 19 against University of Virginia, a member of the Atlantic Coast Conference who won last year’s March Madness tournament, the Catamounts lost by only six points with a final score of 61-55.

The Catamounts won America East and advanced to the NCAA tournament last year, and based on their win streak, points per game average, and distribution of stat leaders, they’ve had an even better season this year than in 2018-19.

This would suggest a high probability of a strong playoff run and an even higher March Madness seed than they have had in recent years.

But the Cat’s loss at the hands of UMBC Feb. 22, has burst that winning bubble for the team, casting some doubt on just how far they could make it this season.

Vermont edged a victory against Stony Brook University on the road Feb. 20 with a score of 63-54.

In many ways, this was exciting for Catamount Country considering that in their prior contest Vermont lost 81-77.

However, amidst this excitement, it is important to recognize that in this Catamount victory, Stony Brook was missing their leading scorer, Elijah Olaniyi, who dropped 28 points in the Seawolves first contest against the Cats.

Regardless, the loss at the hands of UMBC Feb. 22 came as a shock.

UVM head coach John Becker described the loss against UMBC as disappointing in a post-game interview.

“Tough loss tonight, surprisingly, on a night when we had the opportunity to win the regular season title,” Becker said.

Also, at their match Jan. 11 against UMBC, the Catamounts dominated play and won by a score of 74-50.

In the Feb. 22 loss, the Cats committed eight turnovers and shot 40% from the field, which is lower than their team average of 44.3%.

UVM plays next at 5:30 p.m. Feb. 29 at University of Massachusetts Lowell. This will be their second to last regular season game.