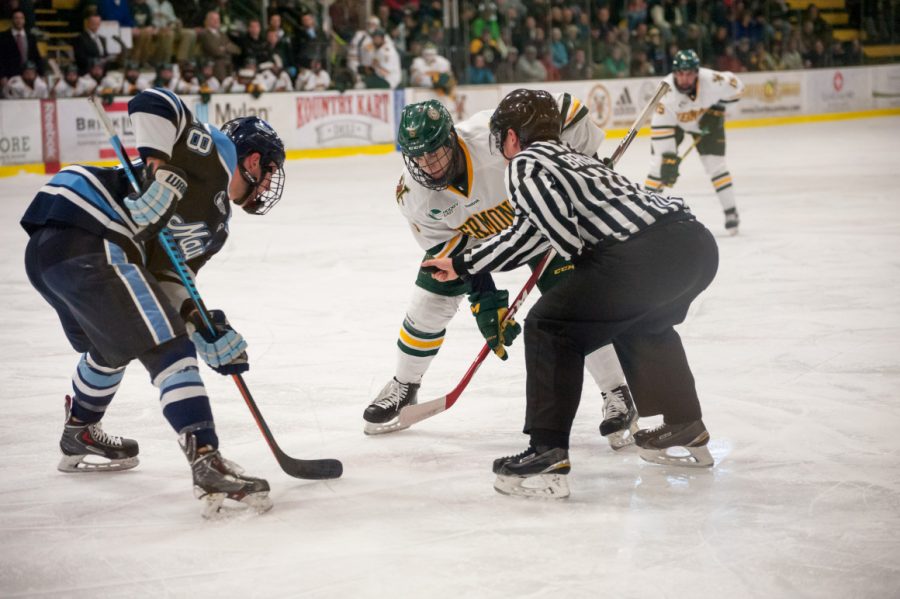 UVM Men’s hockey alumnus Mike Paliotta ’15 was traded to the Columbus Blue Jackets as part of a package deal that included Brandon Saad and Artem Anisimov.

Saad, the main piece in the deal, is set to earn a hefty paycheck after a breakout season on Chicago’s top line with Patrick Kane.

Paliotta registered an assist in his sole NHL game this past season against the Colorado Avalanche April 11. He was selected in the 3rd round of the 2011 NHL Entry Draft at 70th overall.

This is a good situation for Paliotta – he’ll most likely get more playing time in Columbus. The Chicago Blackhawks were laden with defensive talent such as Duncan Keith, Brent Seabrook, Johnny Oduya and Trevor van Riemsdyk. Look for Paliotta to cash in on this new opportunity.