Here’s why men’s soccer can bring home the championship 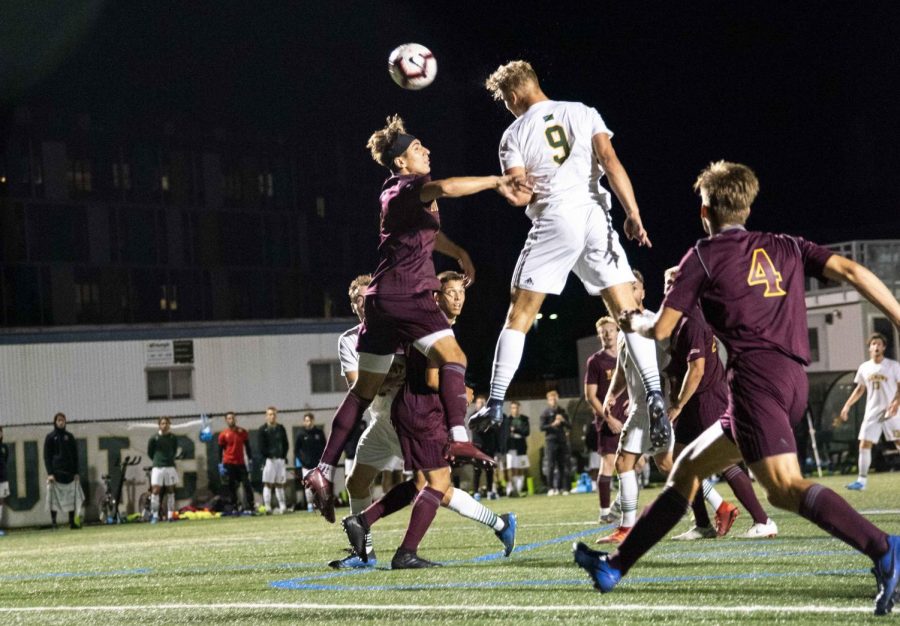 The UVM men’s soccer team finished up as co-champions of America East’s regular season with the University of New Hampshire after a 1-1 tie between the teams Nov. 6.

This gives both teams a first-round bye to the semifinals of the America East conference with UVM seeded second, right after UNH.

Even without this bye, it seems very likely that UVM will win the entire conference this season. They have an upcoming game against third seed University of Hartford for their semifinal game. UVM played Hartford Oct. 19 and won the game 3-0.

Along with both of these advantages is the home field advantage fueled by UVM’s strong desire to get past the semifinals after being knocked out of the conference for the past two years.

UVM already got revenge on University of Maryland Baltimore County this season. UMBC knocked UVM out in the quarterfinals last season after winning 5-4 in penalty kicks.

When the UMBC Retrievers came to play the Catamounts Nov. 2, UVM won 4-0, according to UVM athletics.

If they make it past the semifinals this year, UVM will play University of Massachusetts Lowell or UNH in the championship game. There are heavy tensions between all of these teams.

In the past four years, UMass Lowell has beat UVM twice and vice versa, according to UVM athletics. UVM also has to share their league title with UNH, and despite their tie game, took the second seed below UNH.

Before the tie against UNH, UVM had a four-game winning streak. The team had also won their senior day game against UMBC. They had seemed to find their groove as a team together, both offensively and defensively.

In the second half of their season, they didn’t give up more than one goal in each game and scored more in each of their games than their first half of the season, according to UVM athletics.

More than half of the team is made up of juniors and seniors, which means they have experience on the team.

While the team has struggled to make it to the championships in the past couple of years, this season seems to be one of their strongest yet.

This regular season win marks their second in the last three years and their fourth in school history.

It seems likely that with the motivation, their personal history with the schools involved and drive to win a championship, UVM will win the America East championship.