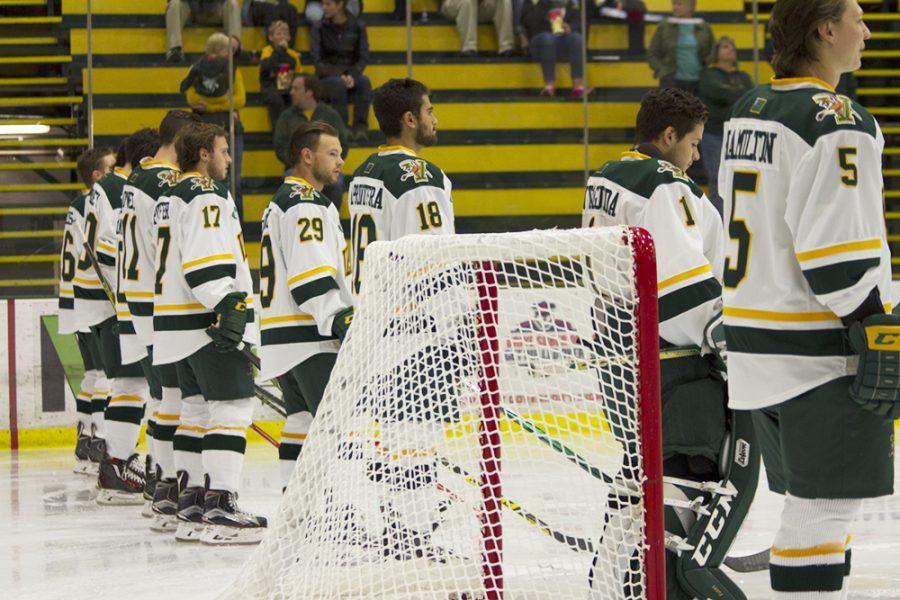 Men’s hockey was downed by Acadia University 2-1 in a game that combined chippy play and the penalty box being occupied for most of the game.

“Undisciplined is the way I would describe the game,” head coach Kevin Sneddon said. “You don’t want to see that in a pre-season game.”

“There weren’t a lot of Grade-A opportunities, but they had big plays — both goals were scored on big mistakes by us,” Sneddon said.

Remy Giftopolous scored both goals for Acadia Axemen while junior Mario Puskarich was the lone goal scorer for the Catamounts.

Going into their regular season opener against the No. 9 University of Minnesota, Sneddon said there will be “a lot to work on.”

Junior Mike Santaguida was in the net for the Cats, and he echoed Sneddon’s comments in the postgame press conference.

“There are a couple bad habits that some guys have, maybe holding onto the puck too long — that was probably the biggest

Even with the daunting schedule, Sneddon remains optimistic.

“We’re focused on the day-to-day process right now and not looking at this stretch as five games,” Sneddon said. “Tuesday’s practice is what we’re focused on right now. We’re not going to look too far ahead.”

Vermont will face off against the University of Minnesota Saturday Oct. 10 in Minneapolis, Minnesota at 8 p.m.