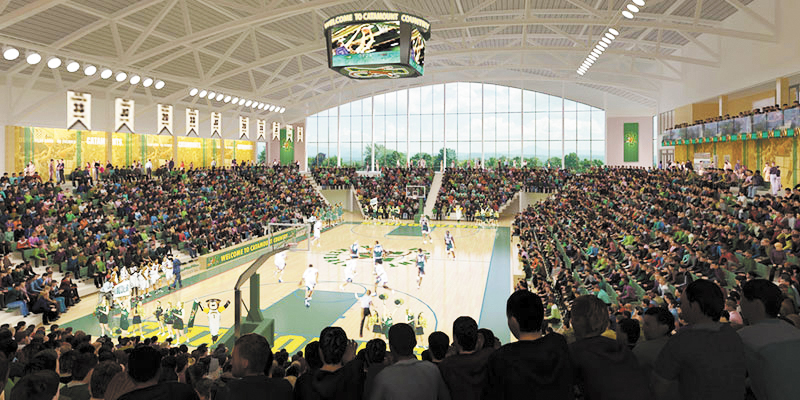 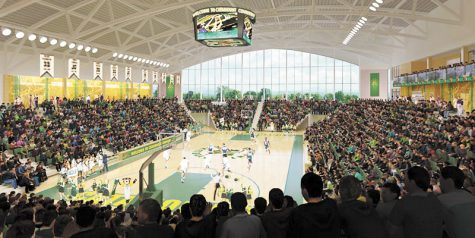 Budget cuts in the humanities have caused skepticism regarding the $95 million price tag of the Multipurpose center project.

Athletic Director Jeff Schulman said the multipurpose project includes deferred maintenance, which are repairs that  the University has put off.

“We have $45 to $50 million in deferred maintenance,” he said. “The issues are the mechanical systems, the HVAC system and the plumbing.”

Gutterson Fieldhouse and Patrick Gym were built in 1963 and haven’t been updated since, according to UVM athletics.

“These buildings were built when UVM had a student population of 3,000,” Schulman said. “We now have over 10,000 undergraduates, so our needs have changed.”

First-year Nick Nestro said he thinks this project is a misuse of funds.

“It makes me mad. It’s not how we should be spending our money,” Nestro said. “I would rather see money spent on not laying off lecturers and professors from the humanities.”

“The construction will help our recreational needs,” he said. “I understand why people would be upset about job cuts in the humanities, but that’s the result of an increased interest in STEM fields.”

The board of trustees approved funding for the Multipurpose center in November 2018.

The gym will be renamed the Tarrant Event Center, according to a Jan. 17 Cynic article.

Tarrant Event Center will make up roughly 33 percent of the complex, Schulman said.

He said the feedback from SGA has been positive.

“There’s recognition that it’s time for this to be addressed,” Schulman said.

He said Gutterson will get new upgrades.

“It will have new seating, a new scoreboard, new concourse, new restrooms and new audio and visual equipment,” he said.

“Our space right now is smaller than anywhere else in Hockey East,” Sneddon said. “Our players have to sit on top of each other to watch film.”

He said the new facilities will attract prospective players.

“The recruits we’re dealing with are impressed by new facilities,” Sneddon said. “We’ll have more to bring to the table in conversations with recruits who would otherwise turn us down.”