Senior looking for a special year 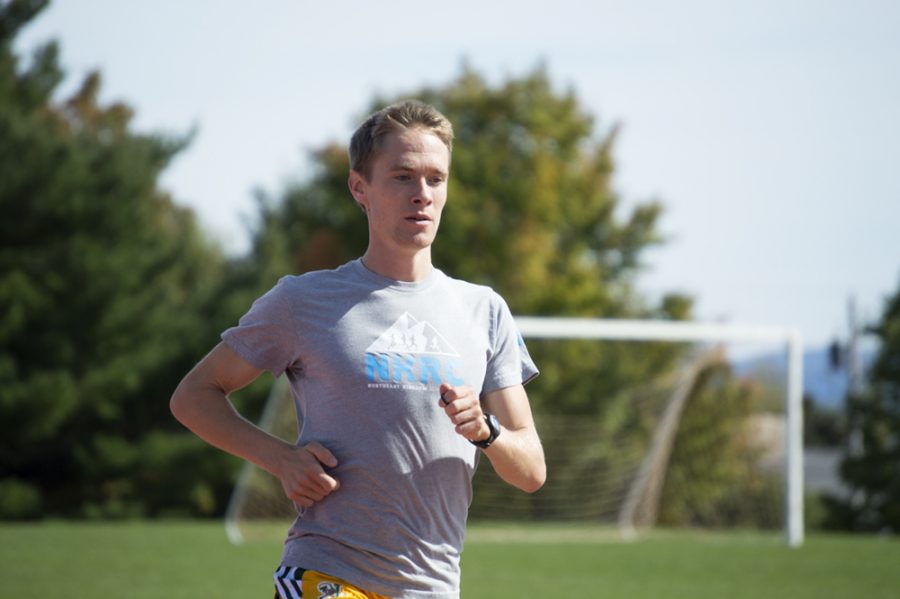 The captain of the men’s cross country team wants his last year to be special, despite experiencing highs and lows so far.

Senior Dan Moroney has finished across the board this season.

“Finishing 38th at the Minuteman Invitational was definitely disappointing, but finishing 10th at the Iona Meet of Champions was pretty exciting,” Moroney said.

He is not surprised by his below-par performance in his first race, as he was feeling tired from summer training, Moroney said.

Moroney has since put that experience behind him. Now he is looking to replicate his performance at the Meet of Champions and build on it.

“I just want to run so hard I pass out,” Moroney said.

He has high expectations for the upcoming races, not only for Moroney, but for the team as a whole.

Moroney won the Rothenberg Run last year, setting a personal record, and Belfield thinks he has a chance this year as well.

Last season, Moroney won three of his six races, earned all conference honors and was named the team most valuable player, according to UVM athletics.

“Based on his training, and based on how he’s raced earlier, if the same people show up, I would expect the same result,” Belfield said. “Although, we have a couple of other guys in our team who could be up with him as well.”

One of those athletes is fellow senior captain, Fletcher Hazlehurst.

Hazlehurst has high expectations for Moroney and the team, as he has personally witnessed his teammate become one of the best runners in UVM history.

“[Moroney] came into his freshman year with an injury, but by the end of our first season, he established himself as the best cross-country runner in our class,” Hazlehurst said. “His running and his leadership have taken him and the rest of us to great places.”

The season is still relatively young, but key races are approaching. The New England Championships, the Rothenberg Run and the America East Championships, are all happening in October.

Results are exactly what Belfield is looking for and he is confident in his plan to get them.

“The challenge for [Moroney] and for any of our athletes is to put themselves in a position where you’re competing for top spots early in the race,” he said. “There are a couple of hills that require concentration, but I would think [he] has got a good chance of being a top 10 finisher in the New England Championships.”

The main goal, however, is to succeed as a team in the America East Championships.

“We’re expecting to finish our last race and to know that we took the wonderful opportunity we have, with the incredible people around us, and made the most of it,” Hazlehurst said. “That we ran with courage and pride, and that we represented Vermont, our families and each other to the best of our ability.”

The team will travel to Boston to participate in the New England Championships Oct. 10 hosted by Boston University.

Following that meet, the Catamounts will compete in the America East Championships Oct. 31 at Stony Brook, New York.

The season then comes to a close for the team with NCAA regionals in Boston Nov. 13 and the NCAA Championships Nov. 21 in Louisville, Kentucky.