Speidel to play in first game 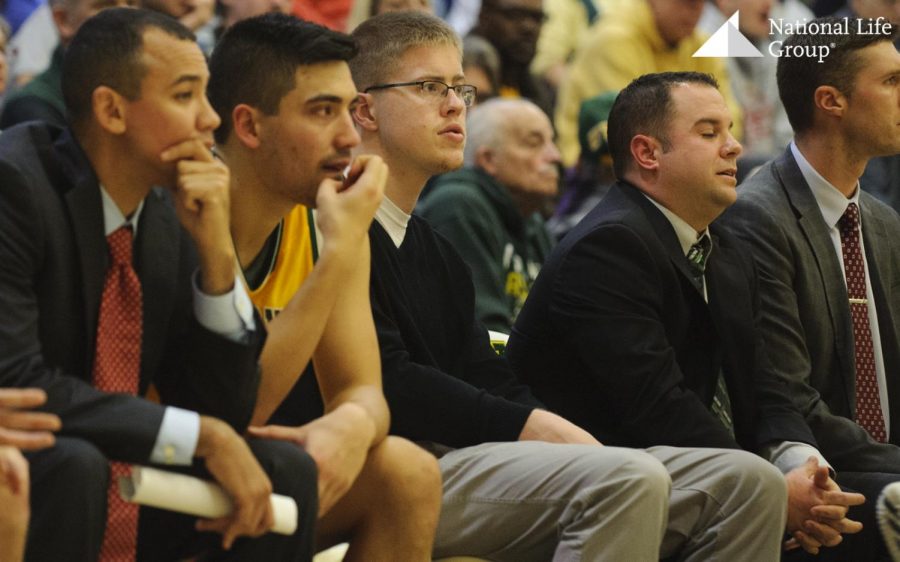 In 2015, before coming to UVM, Speidel was in a serious car accident in his hometown of Columbus, Indiana, which left him in a coma for weeks.

Now, he’s on the starting line up for the men’s basketball game against University at Albany, March 3.

“The fact that I get to say I played and scored in a college basketball game, it’s been my dream ever since I was a little kid and a goal of mine since I came to UVM,” Speidel stated in a Feb. 28 UVM athletics press release.

Despite suffering a serious brain injury, Speidel is on time to graduate this May and has maintained a 3.40 grade point average during his time at UVM, according to UVM athletics.

The March 3 game will be Speidel’s first since his accident.

Before coming to UVM, Speidel was one of the top high school basketball players in Indiana, according to UVM athletics.

Speidel has continued to support his fellow Cats while they pressed their way to two NCAA tournament appearances all while continuing to do physical therapy and rehab, according to UVM athletics.

President Suresh Garimella stated in the release that Speidel exemplifies the best characteristics of teamwork and an academic all-star.

“As a former Hoosier, I’ve been following Josh’s progress for some time now. His strength, tenacity and persistence have been an inspiration to all of us, including his teammates,” the release stated. “This is a great moment for Josh, his family, his teammates, their supporters and the UVM community as a whole. We’re all tremendously proud of what he has achieved.”

The game will be the last of the regular season.

The Cat’s will then face University of Maine March 7 in the first round of the America East playoffs.