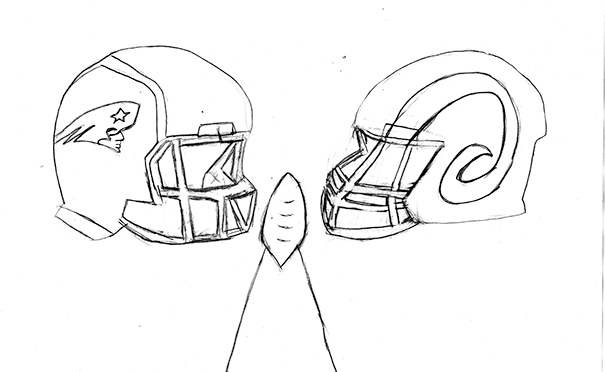 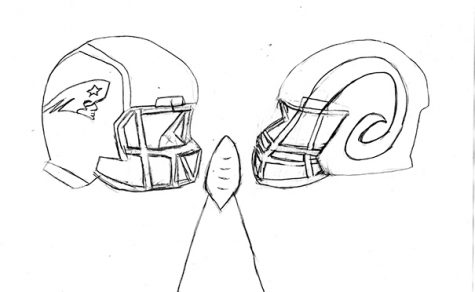 After two thrilling league championship games, the New England Patriots and L.A. Rams will head to the Super Bowl Feb. 3 in Atlanta.

For local New England fans, including many UVM students, the Patriots stand out as clear favorites. This could be Patriot’s quarterback, Tom Brady, sixth super bowl win at age 41.

“He’s a little older, yeah, but he still might be the best quarterback in the history of the game,” Gallan said.

Brady has said he intends to play until age 45 despite frequent speculation that his age will negatively impact his performance on the field.

Sophomore Jack Warmflash was not worried about any age related performance decline for Brady, due to his strong athletic build.

“Tom Brady’s a healthy guy,” Warmflash said. “I heard he’s on some carefully created diet made to keep him as a superhuman athlete.”

On our campus, in the heart of New England, there are 1,819 students from Massachusetts, as opposed to just 118 from California, according to the Catamount data center.

This explains why there are significantly fewer Rams fans on campus, despite them having two more regular season wins than the Patriots.

Rams head coach Sean McVay perhaps has the most on the line. If L.A. wins, he would become the youngest coach ever to win a Superbowl at age 33.

“Everybody loves an underdog, but I feel like nobody even knows anybody on the Rams,” Spector said.

Some UVM students are invested in more than just the game itself.

On Redstone campus, free chicken wings will be served in the Christie Wright Patterson lobby during the Superbowl on a competitive first-come, first-serve basis, according to the ResLife signs on campus.

Junior Qianyi Xie is a soccer fan and opposes this enthusiasm for the game itself.

“I personally hate football and anything else that promotes violence and concussions,” Qianyi said. “The one thing I do like about super bowl Sunday, though, is those wicked-tasty wings I rarely get to eat.”

Super Bowl Sunday will also feature Maroon 5 at the halftime performance, who will be joined by rapper Travis Scott.

Despite the cultural sideshows of the Super Bowl, the game itself is still filled with stars.

Tom Brady’s entrance as the oldest quarterback to play in a Superbowl leads one to predict that the Patriots will win it all, in a comeback victory after a hot start by the Rams.