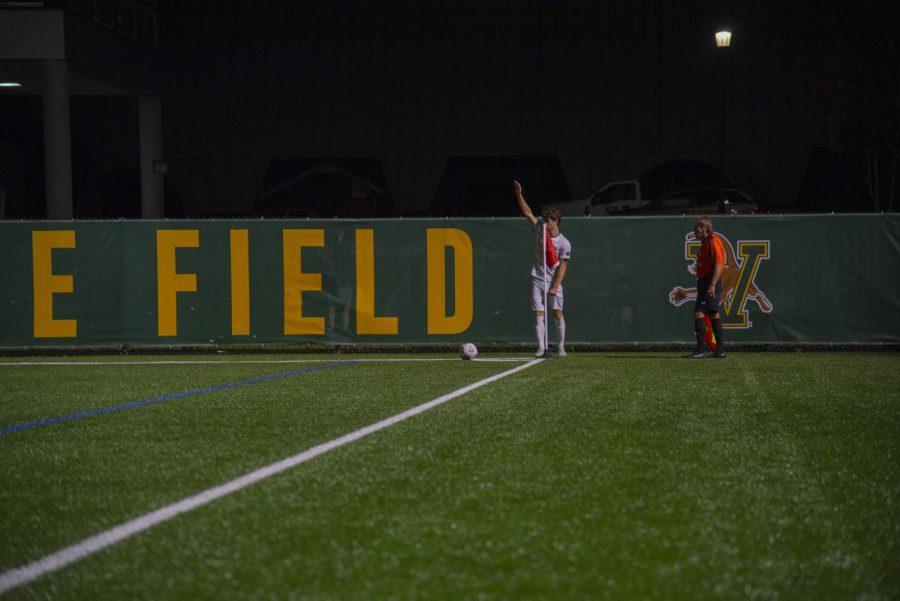 In the first half, Syracuse approached the ball first and was quick to pass it and move, leading to offensive chances. Vermont struggled to generate threats against Orange’s physical midfield throughout the rest of the game.

Syracuse forward Manel Busquets and midfielder Colin Biros each scored a goal eight minutes after kickoff. Outside of a penalty goal scored by graduate forward Nacho Lerech, the Cats struggled to find consistent scoring chances for the remainder of the first half.

The Catamounts started the second half with defensive intensity and gained some momentum after graduate forward Matt Black scored a second penalty goal in the 55th minute.

Defender Max Kent headed a ball off of a long pass past graduate goalkeeper Nate Silveira to make the score 4-2 Syracuse in the 59th.

The second half was as physical as the first, with pushing and yelling from players on both teams. Vermont Head Coach Rob Dow could be heard over the broadcast shouting at the Catamounts to stay calm after a small scrum.

UVM had more possession and attacking chances in the second half, but was unable to break down the Orange’s backline despite several close chances.

Syracuse midfielder Curt Calov shut the door on any hopes of a Catamount comeback with a curling free-kick goal from the edge of the box with around seven minutes left on the clock.

Vermont has the opportunity to rebound when they host University of Maryland, Baltimore County (5-4-1) on Oct. 2.