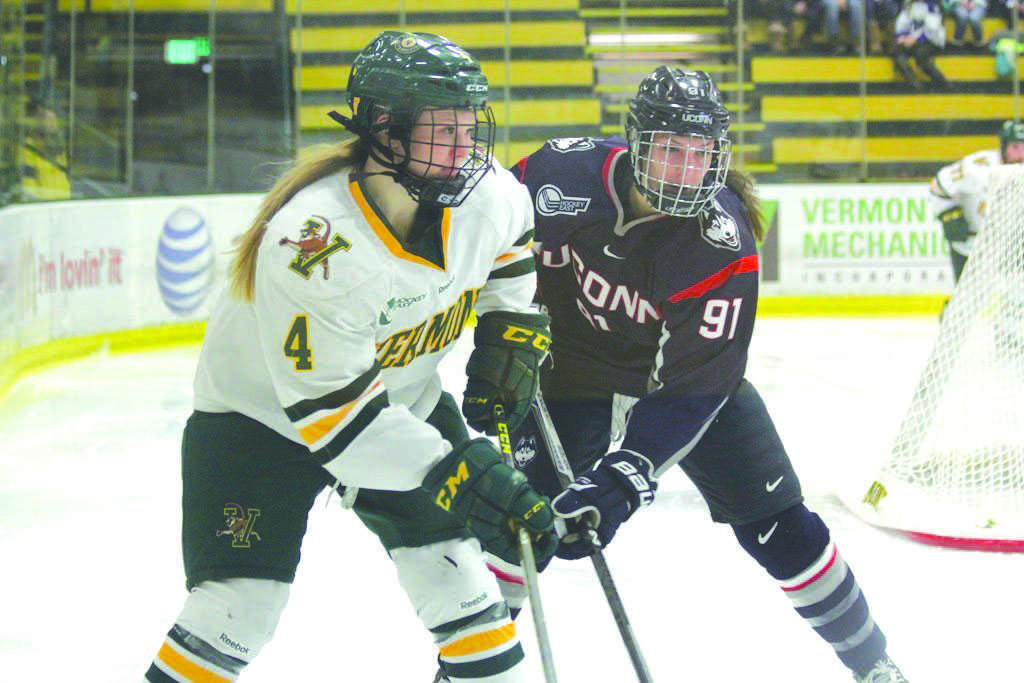 Meanwhile, alumna Amanda Pelkey ‘15 suited up for the United States.

Pelkey played in four of Team USA’s five games, being held without a point.

The U.S. went on to win the gold medal, defeating Canada 1-0 in the final on a goal by Boston College’s Alex Carpenter, according to the International Ice Hockey Federation website.

Pelkey was one of five players who won both the National Women’s Hockey League’s Isobel Cup with the Boston Pride as well as the gold medal with their national team.

Valkama got into all six of Finland’s games, scoring a goal in the semifinal against Canada, according to the International Ice Hockey Federation.

On a two-on-one rush, Valkama beat Canadian goalkeeper Charline Labonte to the near post to open the scoring.

However, Canada went on to win the game 5-3. Finland would then lose to Russia 1-0 in a shootout in the bronze medal game, finishing fourth.

Kolowrat also played in all of her team’s games, playing all five of the Czech Republic’s games.

Her lone point was a power play goal in the Czechs’ 3-1 win over Switzerland March 29, which was the Czechs’ second win ever at the tournament, according to the International Ice Hockey Federation.

Kolowrat and the Czechs would go on to finish sixth, their best finish ever.

In the quarterfinals, Kolowrat and Valkama went head-to-head as Finland defeated the Czech Republic 5-0.