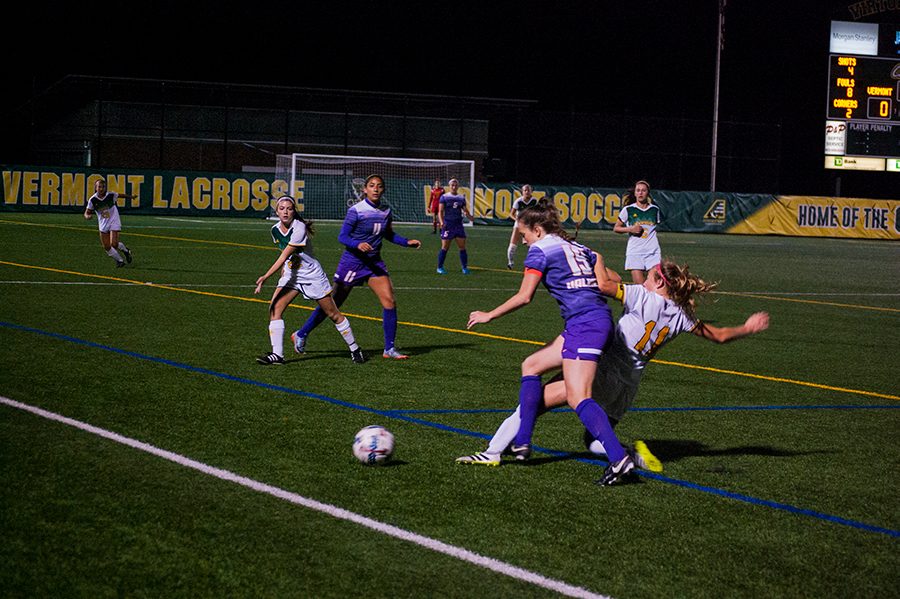 With 20-6 shots overall and 5-4 shots on goal, UAlbany outshot UVM but failed to score and were left defeated. Fouls were handed out to both teams as each ended the game with 11.

UAlbany kept the ball in offensive play for a majority of the first half. UAlbany forward Jasmine Colbert had nine shots and two shots on goal by the end of the game, the leading shot taker for the Great Danes.

The Catamounts stepped up their offense near the end of the first half. UVM jumped on every 50/50 ball and took advantage of UAlbany’s passing by intercepting the ball and gaining possession.

Catamount senior defender Eliza Green, assisted by junior midfielder and defender Frances O’Donnell, tallied a goal with just under two minutes left of the first half.

O’Donnell made a shot in the last 25 minutes of the game, assisted by first-year midfielder Bailey Ayer. UAlbany took every opportunity to attempt to score but weren’t able to pull it off in the end as the Catamounts walked away with a 2-0 win.