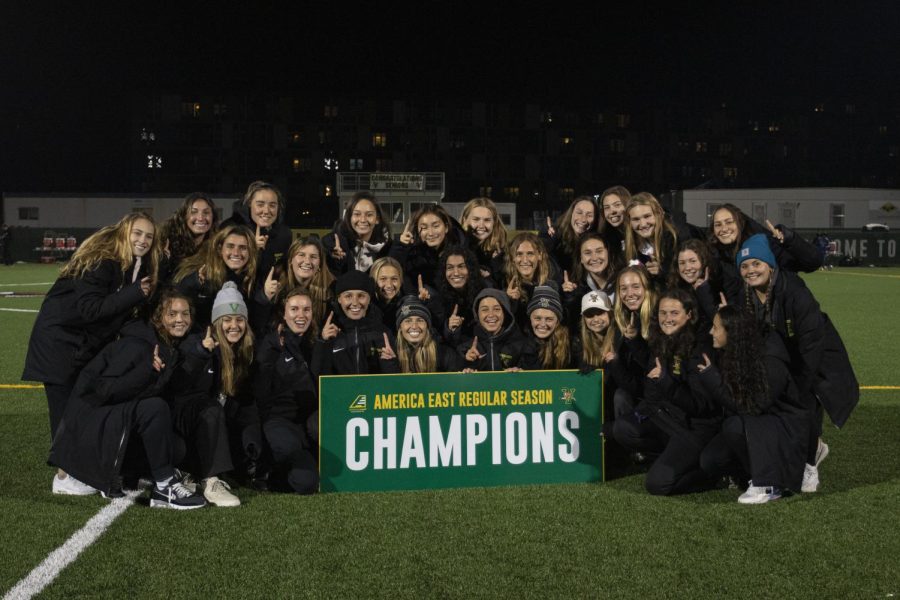 UVM women’s soccer made history by winning the conference’s regular season title. On Nov. 2, they added a trio of individual awards to their trophy case.

The awards are determined through voting by the league’s head coaches, who are not allowed to vote for their own players, according to the America East website.

“The America East has a ton of amazing coaches and we have great colleagues,” Huizenga said. “And yeah, we’re thrilled. At the same time we also recognize that it makes it easier to be a good coach when you have great players.”

Huizenga is in her 11th season as Head Coach. Michael Skelton is in his first season as her assistant and Gene Bushey is in his fourth.

Bankert is the first Catamount to win an America East positional award, according to the league’s website. She helped Vermont to a league-best +10 goal differential in conference play, meaning the Catamounts scored 10 more goals than they allowed.

“She’s a true box-to-box midfielder and she does it all offensively and defensively,” Huizenga said.

“[Kessel] has had some just absolutely tremendous moments in games,” Huizenga said. “She’s just so solid. She has a great training mentality and it shows up in her play.”

Bankert and Kessel were also named to the All-Conference First Team and All-Academic team. The conference names a first team, second team, and All-Rookie team for on-field performance and an Academic Team for academic performance, according to the league’s website.

Vermont defeated the University at Albany 3-1 in the America East semifinals on Nov. 4. They will host the conference championship game for the first time in school history.

They will face the University of New Hampshire, which defeated University of Massachusetts Lowell in their semifinal. Kickoff is set for 2 p.m. on Nov. 7.