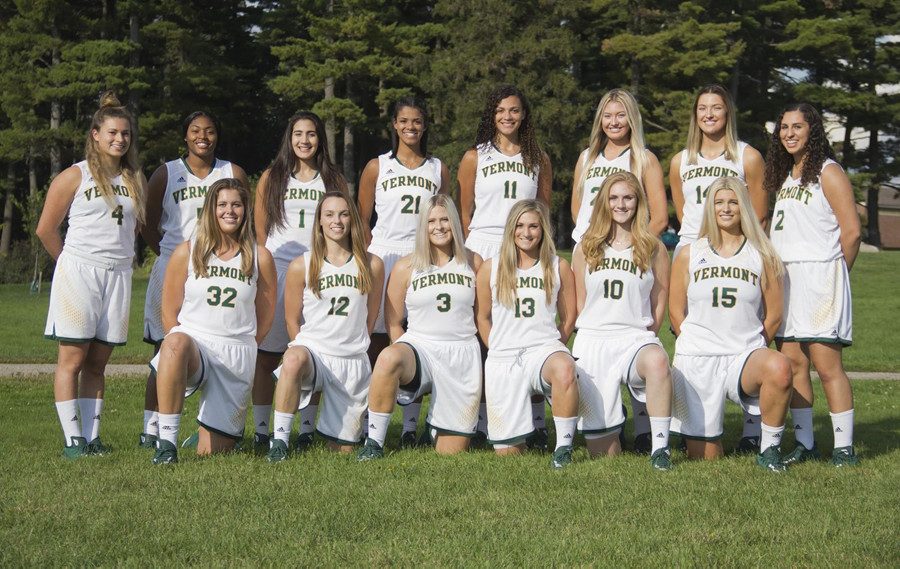 After a roller coaster first season, the women’s basketball team prepares for its second season under head coach Chris Day.

The Catamounts finished with a 9-20 record in 2016-17, Day’s first season, and fell to eventual champions University at Albany in the first round of the America East tournament.

But a new season provides new chances and a new start, and the team’s head coach has presented a new image of himself compared to last season, in which he struggled personally living away from his family.

“I’ve been calmer and more patient when things don’t go right within the program, particularly when practice starts,” Day said.

Despite all of these obstacles, UVM was able to show some improvement. Their defense held opponents to 36.1 percent field goal shooting, the best field goal defense in America East, and 29.5 percent from the three point line, the second best three point defense, according to America East’s website.

It was the offense that struggled, averaging 55.4 points per game, the second fewest in America East. They also did not take care of the basketball, turning it over an average 18.7 times per game.

Day credits part of this to last year’s injuries and lack of depth.

“When you look at it, our starting point guard missed 16 games, and you only get 28 of them,” Day said. “And that was just a position that wasn’t recruited in the past, specifically for me to inherit a true point guard.”

However, Day stressed the need for improvement.

Day said he has been impressed with the newcomers so far and feels the team has much more depth and versatility than last season, something that has helped in practice.

“The biggest thing is when we do practice scheduling, and we’re writing this five versus this five, we actually feel like it’s equal, they can go at each other,” Day said. “But last year was like four and a half, and then what’s practice looking like if our practice guys can’t be here to help us compete.”

Smith says the newcomers have gelled well with the existing players.

“The [first-years] have done a really good job of fitting in,” Smith said. “Their playing styles fit exactly what we were looking for and what we needed.”

The team has eight non-conference home games, something Smith says could help build confidence early on.

“The community that rallies around the basketball program, both men’s and women’s, is something special,” she said. “That energy that they bring, that the community brings to games, has a huge impact on how we play.”

Vermont opens the season Nov. 4 with an exhibition against St. Michael’s College. They open the regular season Nov. 10 at Dartmouth College.