Women’s hockey bitten by the Huskies 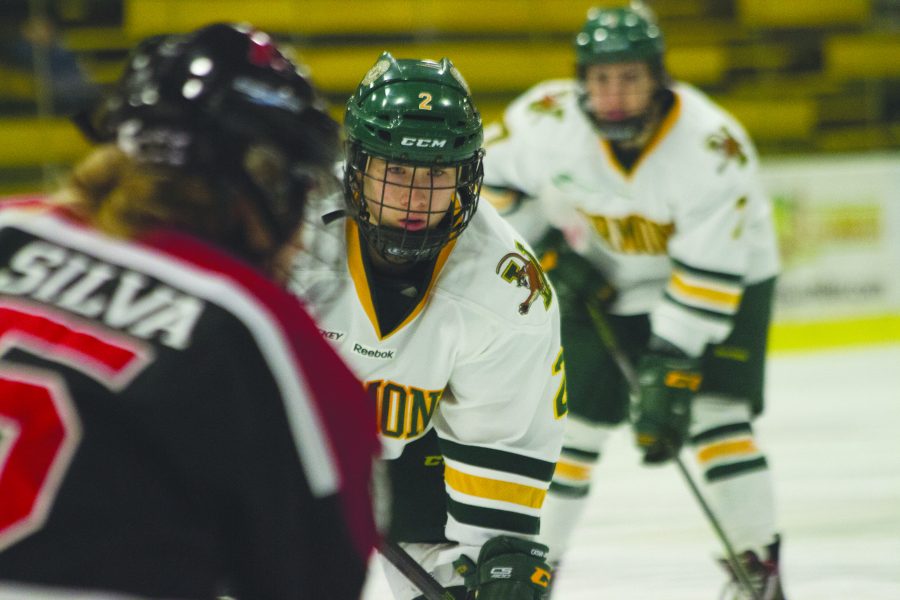 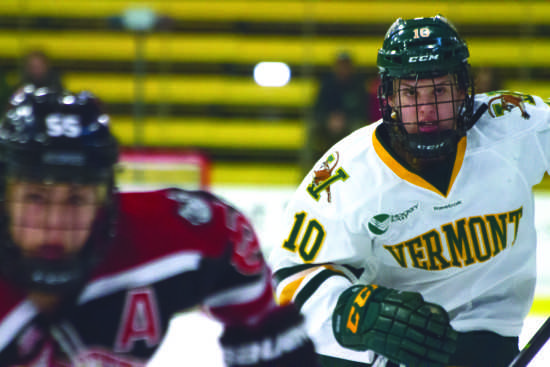 The No. 7  ranked Northeastern Huskies came from behind Dec. 5 to edge the Catamounts 2-1 at Gutterson Fieldhouse.

Coyne’s goal tied the score 1-1 and the No. 7  Huskies would go on to hold off the Catamounts in a comeback victory.

The first period was evenly matched.

Both sides finished the period with 12 shots, and each finished with five on the power play, where both teams saw their best chances of the period.

Both Catamount junior goalkeeper Madison Litchfield and Northeastern goalkeeper Sarah Foss stopped every shot and the game remained scoreless at the end of the first period.

The Catamounts struck first, midway through the second period when Northeastern turned the puck over in their own zone.

Junior Casey Leveillee put a wrist shot over Foss’s right pad to put the Catamounts up 1-0.

The goal was Leveillee’s first goal and point of the season, according to UVM athletics.

Northeastern controlled the puck for the remainder of the second period, and kept that momentum going in the third when they found their equalizer.

With her teammate Heather Mottau in the box serving a minor penalty for tripping, Coyne broke free on a breakaway.

Coyne beat Litchfield and leveled the score, earning her record 114th goal in the process.

The goal, which set a Northeastern program record, was her 23rd of the season, and moved her up to the No. 1 goal scorer in women’s college hockey, according to the Hockey East Association’s website.

Northeastern sophomore forward McKenna Brand scored her third goal of the season off the crossbar and past Litchfield, giving the Huskies a lead they held on to for the rest of the game.

However, the Cats did not go down quietly, despite losing sophomore forward Kourtney Menches to an interference call with 2:04 to go.