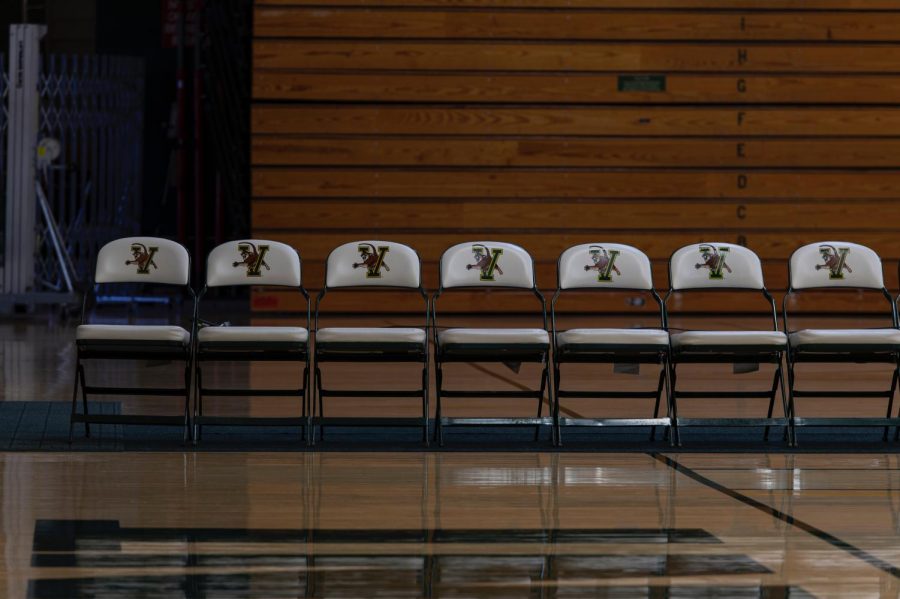 Empty seats line up on the side of UVM’s Patrick Gymnasium Jan. 28. All UVM winter sports have been postponed until Feb. 4. as of Jan. 22.

UVM’s women’s basketball team has officially canceled the remainder of their season due to Covid-19, while all other UVM varsity sports remain on pause.

The decision to end the women’s basketball team’s season was announced Jan. 24, following multiple positive cases of Covid-19 on the team.

According to the Jan. 24 press release announcing the early end to the team’s season, the decision was made by the student-athletes with the full support of their coaches and the Athletic Department.

Two days before the women’s season was cancelled, all on-campus athletic activity was put on pause, including games, team practices and individual workouts effective through Feb. 4.

“The measure, which follows an increase in positive COVID-19 test results in the athletics program, is being taken to ensure the health and safety of all student-athletes, coaches and staff,” a Jan. 22 press release announcing the pause on activity stated.

According to a Jan. 25 VtDigger article, UVM Athletic Director Jeff Schulman said all UVM athletes know that they can choose to step away and not participate at any point and there will be no impact on their academic standing, eligibility or athletic scholarship.

Schulman also said that other UVM teams have had internal discussions about ending their seasons early, but that only women’s basketball has made the decision to end play so far.

Schulman said he expects other teams to begin practice and play in the coming weeks.