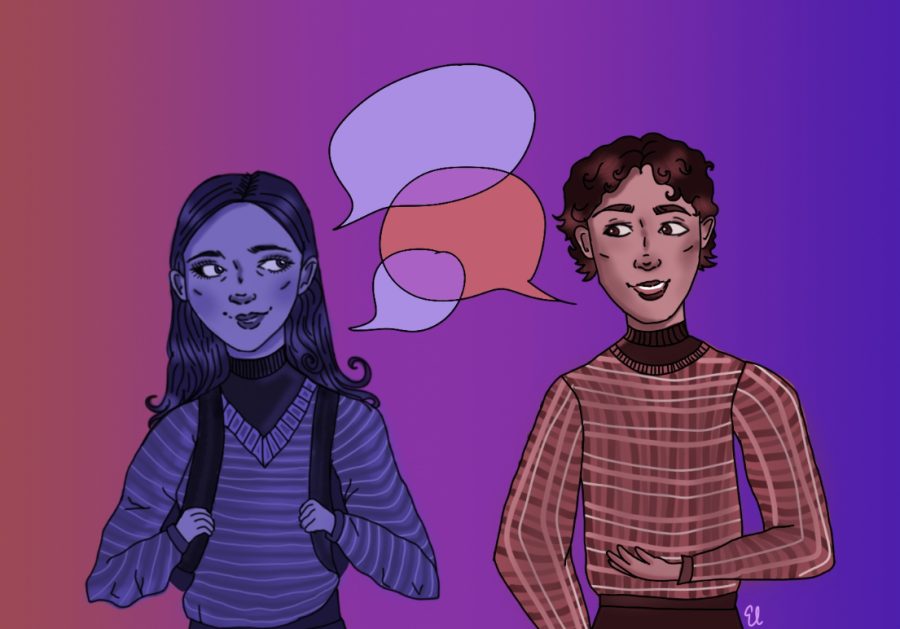 Slang is more important than you may think

Slang has been evolving and changing since the dawn of time. New terms and phrases seem to go in and out of style quicker than fashion trends.

Thanks to various social media platforms, such as YouTube and TikTok, words like “slay” have been able to make a comeback into everyday teenagers’ conversations.

“Slay” has been popping in and out of style as a slang word since the 1970s, where it was first popularized by the founding queens of ball culture, according to a June 7 article from Distractify.

Ball culture emerged in Harlem during the 1970s. Black and Latinx gay, trans and queer people created balls, similar to pageants, where they could express themselves after facing racism in established pageant circuits, according to a History article.

The term “slay” was revived once again after the 1990 release of “Paris Is Burning,” a documentary that follows ball culture in New York City, according to the Distractify article.

Even though “slay” is quickly sweeping the nation once again—whether you use it as a way to say you like your friend’s outfit or if it’s purely out of habit at this point—not all slang is so versatile to all teens.

Since my arrival on campus a few weeks ago, I’ve noticed there is a distinct difference between everyone’s patterns of speech, depending on which state they’re from.

However, I have also noticed that sharing various slang words has served as a way to create connections with new friends.

Settling into UVM and being in a completely new environment surrounded by people from different regions felt almost like a culture shock. Hearing all these new types of slang, such as using “word” to mean “OK,” was almost overwhelming.

My new friends I made my first few days here—who would rather jump into a shark infested pool than ever step into my hometown in Florida—had a similar experience after I called one of them “jit.”

The term “jit” is used to describe someone younger than you, according to Big Seven Travel.

However, my friends back home and I tend to use the word ironically, to simply refer to each other in a funny way.

Initially, my UVM friends’ shock at this new term placed me at the center of “Florida sucks” jokes, but eventually led to a much more interesting conversation.

We began sharing and discussing our own states’ varying use of slang. One of my friends from New York said people will often say it is “brick” outside whenever it is cold.

As weird as I may have found that, we don’t spend much time in Florida talking about how cold it is.

Sharing the various slang words we use broadened my worldview and was a fun and silly way to deepen connections with my new friends.

Slang is very humanizing and is the linguistic equivalent of one’s “Freudian id,” according to a Dec. 12, 2018 article from TIME.

“Freudian id” works to fulfill our underlying urges and desires, according to the TIME article. Exchanging slang can fulfill our desires to be liked and our need for social affirmation.

When meeting someone new, our first instinct is to use more formal language. But once we get more comfortable with a person, we begin to let our guard down and slang usually comes into play.

Convergence is a mechanism we use to accommodate to whom we are speaking, according to an April 9, 2019 article by ALTA Language Services. Adopting others’ slang is a way of accommodating them and can be a signal that things are going the right way.

As someone with social anxiety, it can be a bit difficult for me to get comfortable with people immediately. I find great comfort when I realize people pick up or share similar slang as me.

How we speak and our use of language is one of the first things someone notices about other people. Slang establishes our style and attitudes. Our speech projects our personalities out to the world and helps draw similar people towards us.

We enjoy finding people similar to us because it helps us feel consensual validation, meaning we are more confident in our own attitudes about the world when someone shares the same perspective, according to the Dec. 18, 2018 article from Psychology Today.

Judgment should be the furthest thing from your mind upon encountering unfamiliar types of slang. We must recognize we come from different regions which heavily affect the way in which we speak. Rather than feeling confused by or critical of others’ slang, we should strive to be curious.

Slang is an important social tool that can be used during times like the first few weeks of college, to help us build connections and form new relationships.

Whether you start a conversation with someone because you heard them use slang that you haven’t heard since leaving your hometown, or because their choice of words seemed so outlandish that you’re eager to know more, it is always a great way to get to know someone.