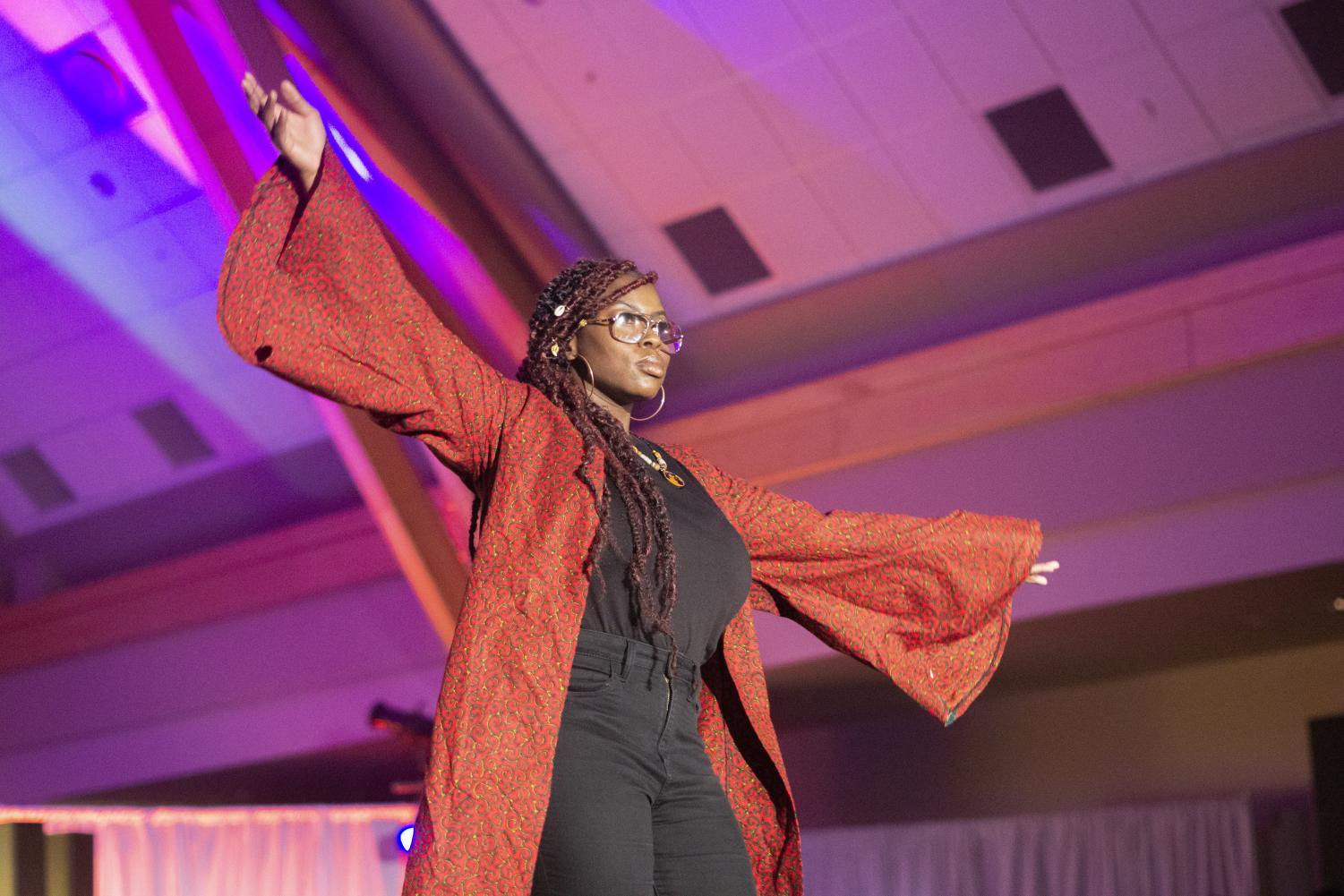 Student models show that solidarity is always in style

Backstage, models got dressed in colorful outfits and prepared to walk the runway. As the music started to play, they walked out to a cheering crowd.

The dimming of the house lights marked the beginning of the Black Student Union Fashion Show, titled “Black in Style.” The show took place at 7 p.m. Feb. 29 in the Livak Ballroom in the Davis Center.

As the events coordinator for Black Student Union, sophomore Hannah Nyoike directed the planning of the show.

The annual fashion show is put on by BSU every year, and this year they collaborated with the African Student Union.

The show featured the designs of artists from surrounding cities, including New York City and Philadelphia and from around the world. The artists design the clothes themselves and lent them to the show.

The show featured entertainment from the UVM Afrofusion Dance Team and a rapper from State University of New York at Plattsburgh who goes by the stage name Rahhyoung.

It was MC’d by Jayson Okanlawon, who goes by the stage name “Jay the Entertainer.”

Okanlawon’s commentary highlighted the cultural theme of the show. He discussed his Nigerian heritage and asked members of the audience where they were from to highlight the diversity of the crowd.

Every BSU fashion show is based on a theme.

“This year’s theme was ‘Black in Style,’” Nyoike said. “We wanted to showcase some of the fashion in black culture and how popular it has become.”

All of the models were UVM students, including junior Izzy Suarez.

“It was really really fun,” Suarez said. “It was kind of scary, but everyone was just so amazing, and the crowd had such good energy.”

The models who walked in the show practiced their strut for the past two months, Suarez said.

“The prep was really intense,” Suarez said. “We practiced every Saturday and Sunday for the entirety of February and most of January, for like several hours.”

As the models emerged from behind the curtain and strutted to the end of the catwalk, they struck poses that played to each side of the audience.

The crowd cheered as they struck poses that highlighted the clothes, and the audience roared with applause as models posed dynamically together.

“They really put the work in and it’s finally paying off,” Rhoden said.

Izzy Suarez said she loved the clothes that were chosen for her, and that if she could have taken them home with her she would.

“I loved them,” Suarez said.  “I was so lucky to have mine fit really well..”

Each model, designer and entertainer were met with booming applause, and the crowd was still talking about the show as they exited the ballroom. 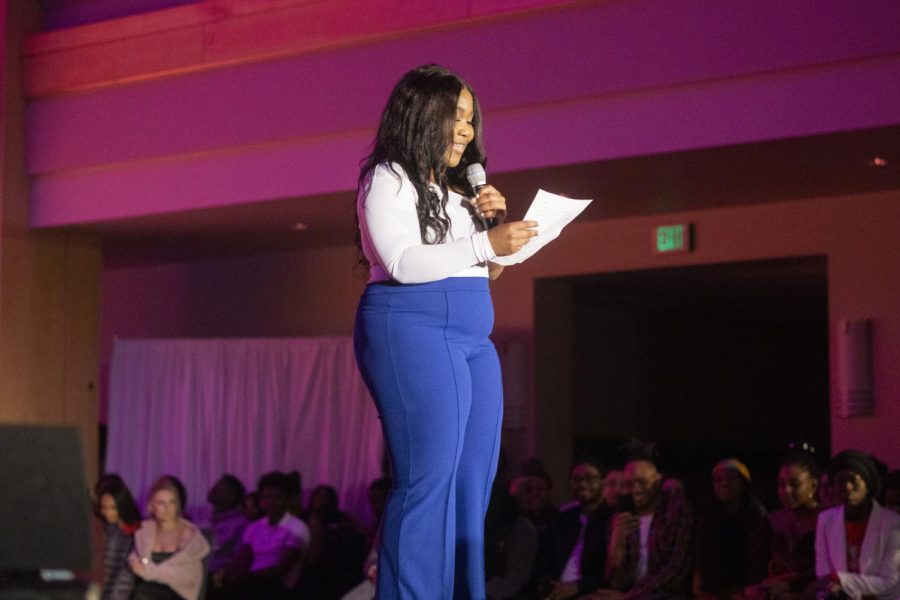