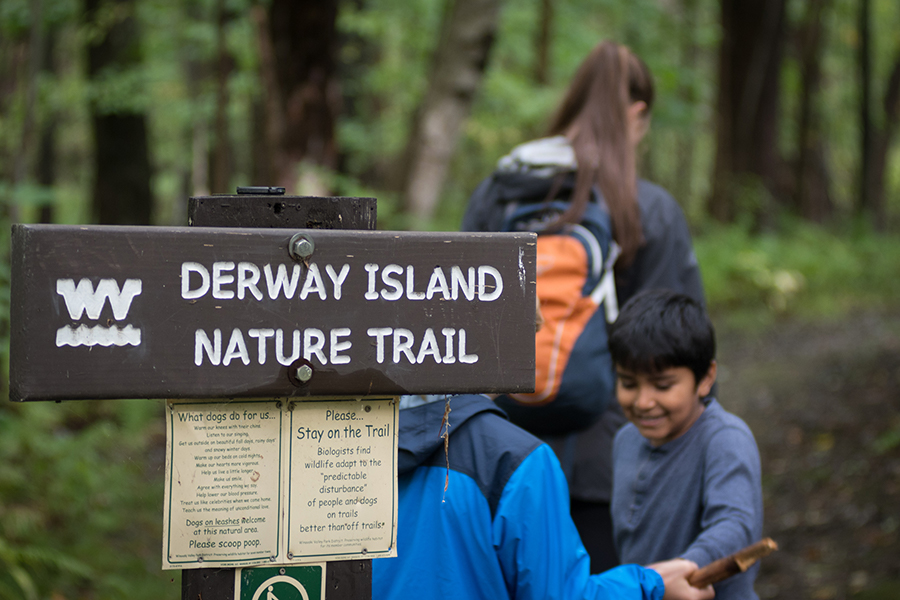 Birding for Change: UVM professor and students lead after-school program to get kids outside

Ostrich ferns brush the ankles of 4th and 5th graders as they run amongst the huge silver maple forest and sink knee deep into mud on the banks of the Winooski River.

The kids in the program walk from Flynn Elementary School, along the bike path to Derway, a protected peninsula on the shores of the Winooski River rich with birds, wildlife and new ways for the kids to explore their world. 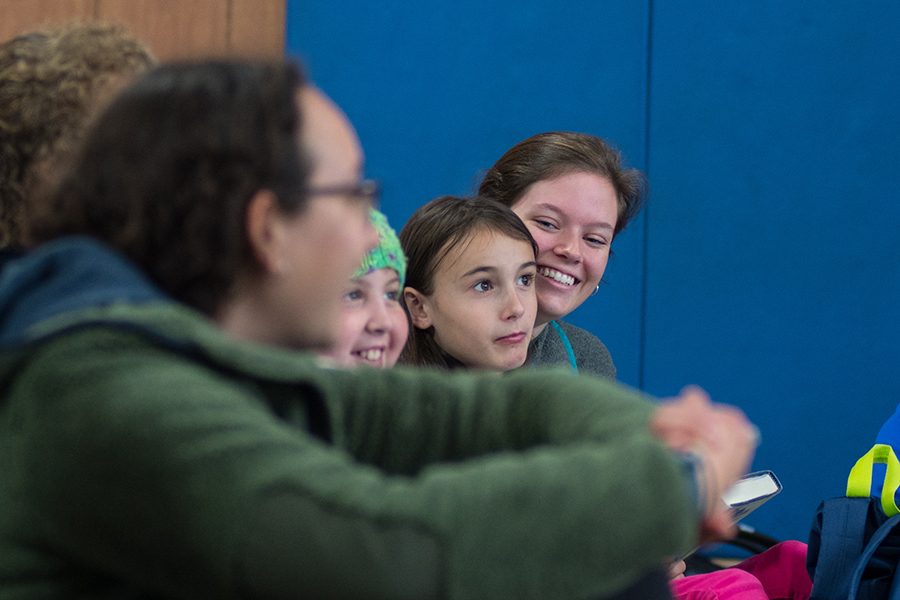 Experienced birders and naturalists itch to get to Derway.

“A lot of the kids could care less if we get there,” O’ Kane said. “The important part for them is the journey.”

Along the way, the kids play made up fantasy adventure games with their mentors, who share facts about the natural world.

The field trips are about “letting the kids take control of what they can and can’t do,”  junior Madeline Guild, a mentor in the program, said. “A scrape here and there allows the kids to explore their own limits.”

The idea for the program was spawned eight years ago in Madison, Wisconsin, and has been running in Burlington for the past three years. From the outset, the program has been about connecting children with nature and providing them with a college-aged mentor, O’Kane said.

Flynn Elementary School students can sign up for this after-school program. The kids are paired with a college mentor from O’Kanes’s birding for change class at UVM who has a similar personality, hobby or experience.

“We could not do this without the wonderful staff of Flynn,” O’Kane said.

The elementary school helps her pair students and run the whole program on the Flynn side, she said.

The staff at Flynn are the only people who know the wide variety of backgrounds and home lives that the kids are coming from. This allows the pairing to be intentional and mentors have to be open to different perspectives.

The kids don’t care about anyone’s background. The program for them is about having someone consistently giving them undivided attention every week according to O’Kane.

This framework and program has caught the interest of Middlebury Land Trust, Brown University and Hunt Middle School in Burlington.

“I don’t believe in taking a model somewhere and imposing it,” O’Kane said.

The philosophy and mission are still the same across all the locations: “lead by following” and “get kids and college students outside,” she said.

The program at Hunt Middle School, is run by Gracie Harvey 18’, a previous student in O’Kane’s class. The program and birds both “change someone’s perspective of nature” she said.

Harvey took the class for two semesters, worked with Hunt for her senior capstone and got a job in the school district all because of the program, Harvey said.

After they graduated, three of O’Kane’s students have been hired specifically because of the experience they gained from the class. Birding for Change inspires students and provides them with experience they can take into future career paths, O’Kane said.

Junior Cira Fagan is currently taking O’Kane’s class for the third semester in a row.

“I want to work on kid’s access to nature, and the majority of what I learn is from this class,” she said.

The Birding for Change program started with the mission to provide elementary school children with access to nature and change the culture of education and free time. It has since evolved into a pipeline for both elementary school and college students to further their future.