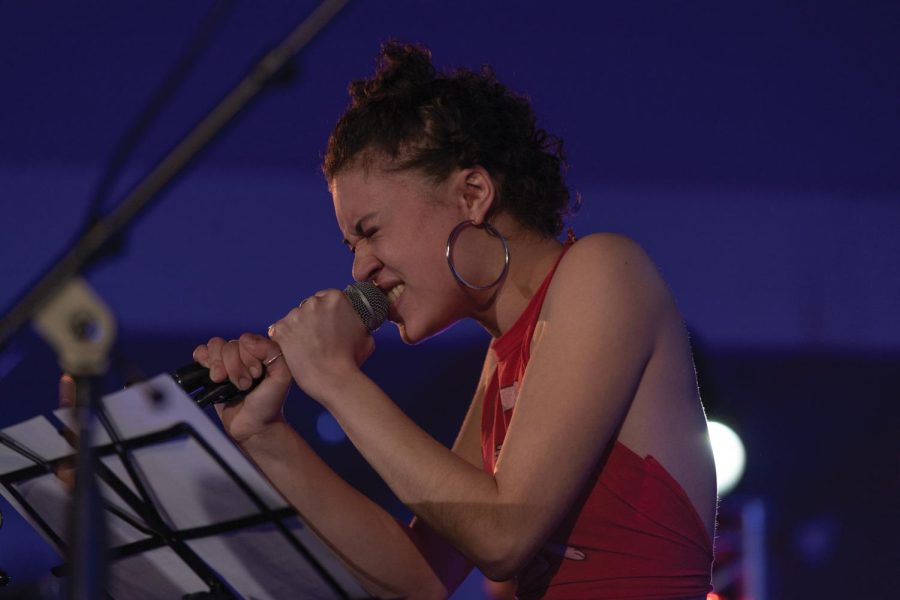 Meet the Battle of the Bands finalists

Editor’s note: This story was updated 12:54 Oct. 3 to correct the last name of a performer.

After three preliminary rounds, an eclectic group of four bands battled it out for the opportunity open for this year’s SpringFest.

The Battle of the Bands is an annual event hosted by the UVM Program Board to determine the opener for UVM’s SpringFest on April 23, according to the UPB website.

The final round of the competition took place on Friday, April 1 in the Grand Maple Ballroom. The bands competing were Assorted Fruit, All Night Boogie Band, the Rose McCann Band and McAuley Kart.

The winner will be announced early this week, said UPB Concert Committee member Joe Scungio. The exact date of the announcement is yet to be announced.

Assorted Fruit is a genre-bending, indie-punk rock band that played their first official show as a group in the Battle of the Bands preliminary round, said Travis Miller ‘20, guitarist, vocalist and saxophonist.

The band performed music that ranged from nostalgic, doo-wop inspired rock and roll to fiery punk.

“Even though [Battle of the Bands] is a competition, people are just coming together to watch a show,” said Miller.

“We’re up against a lot of really incredible bands,” said Leone.

Winning the competition would mean that the UVM student body appreciates All Night Boogie Band’s unique blues sound, she said.

At the show, Downie donned a hat befitting a ‘60s rockstar.

“We went into [Battle of the Bands] saying ‘Alright, we’ll just have some fun,” Collins said. “Then we made it through and now we’re in it to win it.”

With the creation of the Rose McCann Band came a tight-knit community of local UVM musicians who collaborate on projects, Downie said.

For example, drummer and senior Zach Santos plays in both All Night Boogie Band and Rose McCann Band.

“We record and write our music as a duo and then have performances with our fellow bandmates,” Downie said.

These collaborators include guitarist Will Sturcke ‘21, keyboardist and senior Christian Linberg, tenor saxophonist and senior Fiona Love, and trumpeter and senior Nick Bowman.

McAuley Kart represented the youngest of the competing bands, hailing from the Back Five on UVM’s Trinity Campus.

The band had a number of vocal fans from Trinity campus at the show, said lead vocalist and sophomore Kaia Ellis.

The band formed in fall  2021 through sporadic jam sessions on the Back Five green and a mutual love for midwest emo, said sophomore guitarist Caleb Blister.

“All of us are just excited to have whatever opportunities we can get to perform,” Ellis said. “We fucking love performing.”