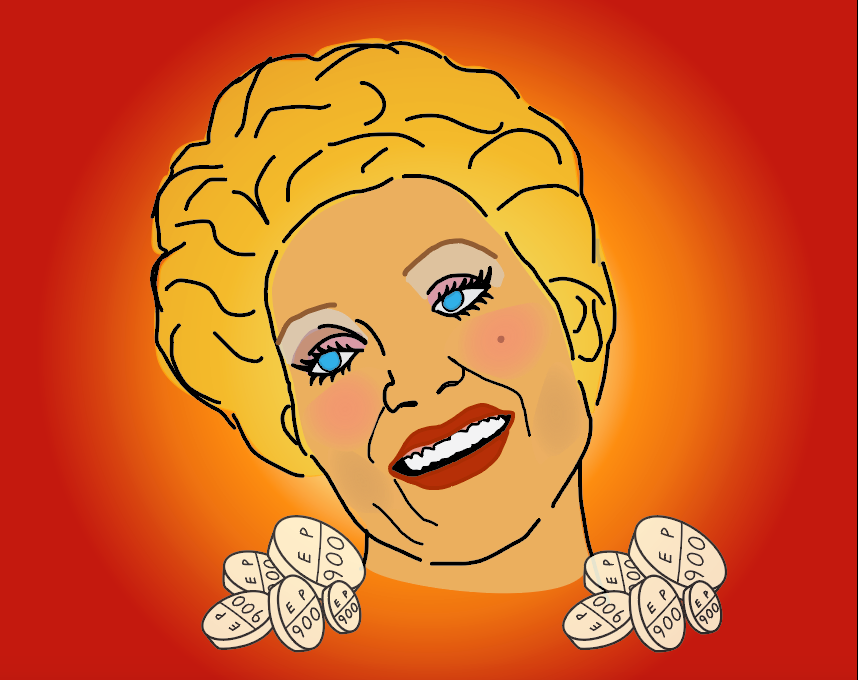 A complex woman falls flat in “The Eyes of Tammy Faye”

Add one more to the list of one-dimensional female movie characters.

“The Eyes of Tammy Faye,” which opened at Roxy Cinemas Sept. 24, explores the life of Tammy Faye Bakker who is portrayed by Jessica Chastain.

Tammy Faye Bakker and her husband, Jim Bakker, were prominent televangelists who founded the Praise the Lord club, a Christian television program that ran from 1974 to 1989.

In the mid-70s they boasted the largest audience in Christian broadcasting until it toppled in a mess of scandal, according to a 2019 ABC News article.

Tammy Faye Bakker became popular because of her bubbly, emphatic demeanor and her transparency surrounding her addiction struggles.

When I first heard about “The Eyes of Tammy Faye,” I worried the film might fall into a simplistic interpretation of Bakker: one that would paint Bakker more like an icon than a complex character.

Although there are moments where the film attempts to scratch into more complex territory, like when it shows Bakker’s difficult childhood, my fears were ultimately realized.

In defiance, Bakker snuck into church and fell, convulsing, claiming to be “filled with the spirit of Christ.” Thus, Bakker’s penchant for performance is created.

This scene foreshadows Bakker’s future in televangelism, but it also establishes a pattern of potential complexity in Bakker’s character that is simplified to fit the version of Bakker the film portrays.

Whenever Bakker confronts hardship, she puts on a performance: whether that be acting in church or smiling while her husband makes her decisions for her.

When a movie establishes such an obvious pattern it is hard to view the character as a real, nuanced person because everything becomes predictable.

This pattern continued when the film portrayed Bakker’s struggles with addiction. It felt like her pill-popping existed purely for aesthetic purposes rather than used as an opportunity to give her character grit or multidimensionality.

At no point during the portrayal of Bakker’s addiction did I wonder how she was going to respond. After she overdoses she just keeps on performing, as always, like nothing ever happened.

Rather than examining the Bakker behind the public facade, the movie sticks to the version of her that everyone knows.

I wanted this film to pose questions about Bakker, such as redemption and if she deserves it. But the film skirts around these topics entirely. Instead it focuses on her charming persona, barely digging into her complexities.

I’m not trying to say “The Eyes of Tammy Faye” is a bad film.

However, if the film attempts to further plunge into the enigma of Bakker, it came up short.

At the end of the day complex characters are hard to nail down, they leave you with questions. But this movie didn’t introduce any questions, just neatly packaged answers.