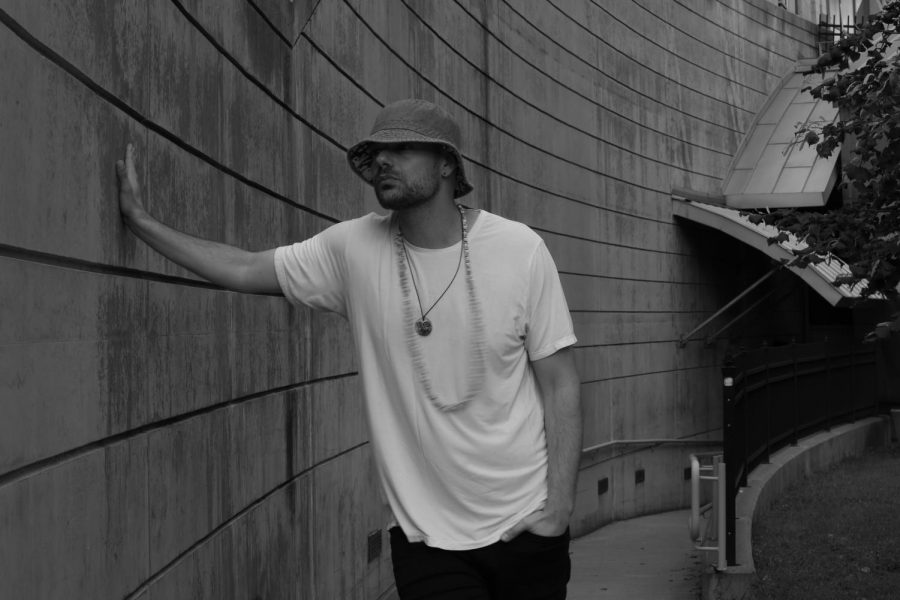 The Young Love Scene is Gordon Goldsmith’s ‘03 solo project. The 36-year-old Burlington resident and UVM alumnus spent the last six years writing the songs that would become “Holy Punch.” The project is slated for release on all platforms Sept. 10.

The record is host to a range of introspective themes, capturing a spectrum of emotions. The first track, “Honey,” kicks the project off to a definitively fun and exciting start.

Driving drums and powerful distorted guitars build gradually into an emotional chorus. After a confident lead guitar solo, Goldsmith reflects inwardly, “If you turn to me, will I turn away?”

This line, rife with the angst of weak self control, is evidence enough to understand The Young Love Scene’s cult-like following and success on social media.

“Sunnycide” is the album’s sixth track. After talking casually with Goldsmith online, a TikTok influencer used the song as a ‘sound’ in a post. The video gained traction, and the song garnered 4.8 million plays in the following weeks, Goldsmith said.

Goldsmith said that the attention on TikTok made him feel as if he’d finally made it, but soon came to realize that fame was fleeting.

“I was like that’s it, I’m famous” he said, “but you need like a thousand of those [viral Tik Tok videos].”

“It was really fucking hard,” he said. “It’s me trying to tell the story of how I got here before I was the Young Love Scene,” he said.

“Bloodstained Man,” the album’s fourth song, captures this feeling. The song’s opening chords lead the listener from a dreamlike state into a powerful chorus with a lead guitar that screams of heartache.

As the instrumental chorus gives way to an ethereal bridge, Goldsmith sings, “I’ve got what it takes,” and it feels as though self-reassurance is all he needs.

The Young Love Scene goes beyond deep, self-inquisitive songwriting and embraces the beauty of experimentation. “Third Eye,” the fifth song on the record, reflects this quite clearly.

“I just realized I need to let go of being perfect, and I need to just get it out there,” Goldsmith said.

This allows raw emotion to carry through the vocals, and gives space for experimental tracks that don’t need any purpose or meaning.

The Young Love Scene adopts a unique sound due to a wide range of influences.

“The Smashing Pumpkins are a major influence on me,” Goldsmith said.

This inspiration resonates when listening to songs such as “Bloodstained Man” and “Blueberry Juice” that echo a 90s sound.

Yet, when examined next to “Third Eye” or “Everlasting Glory” Goldsmith’s music can be appreciated as daring and dynamic.

It’s clear that writing and recording “Holy Punch” was much more of a cathartic journey of self-revelation than a compilation of tidy songs. It is a product of Goldsmith’s wild young adult journey and the hardships that came and went.

Amidst a slew of great songs on the album’s B-side, Goldsmith ends the project with a live, acoustic version of “Bloodstained Man,” recorded it per the advice of friend and fellow musician Anakin Rivers, he said.

“We were having a blast,” he said. “It’s like the happy version of that song.”

The Young Love Scene is more than just a project for Goldsmith, it is his journey, from the first song to the last.

Despite not knowing what the immediate future holds, Goldsmith said he hopes to remain in Burlington and ultimately bring The Young Love Scene to local venues.

The Young Love Scene will be releasing “Holy Punch” digitally on Sept. 10, and on vinyl Sept. 17.