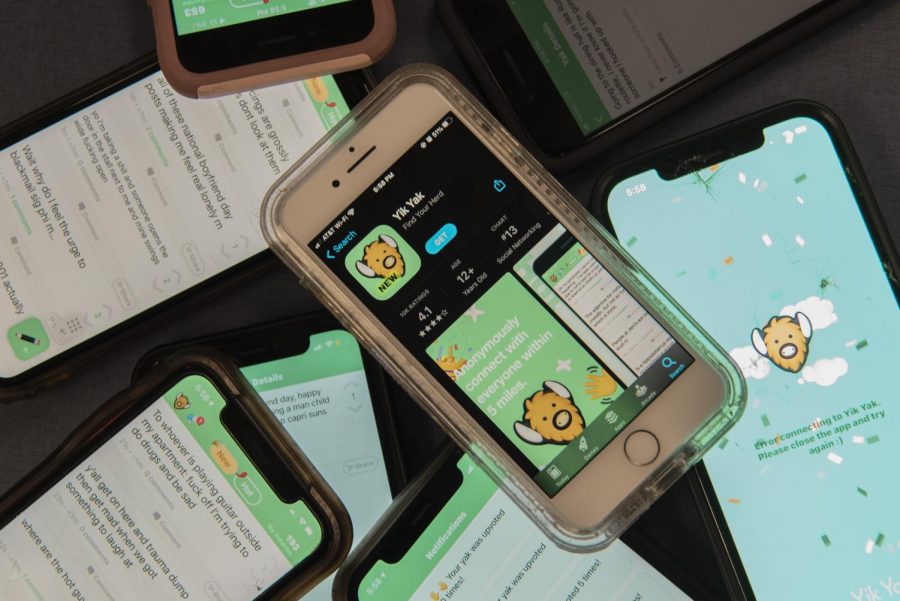 Yik Yak is back

Popular in early 2014 — in the era of mustaches, washi tape and Vine — Yik Yak was among one of the more prominent apps for high schoolers and college students, according to an Aug. 17 NPR article.

Posts, or “Yaks,” are anonymous and visible to anyone within five miles. People can comment on their posts, upvote Yaks they like or downvote ones they don’t.

At its peak, Yik Yak was valued at $400 million, according to an Aug. 16 TechCrunch article.

In 2016, however, the app had problems with bullying and harassment due to the protection of anonymity, the NPR article stated.

In response to the harassment issue, Yik Yak began requiring its users to add screen names in 2016.  By the end of the year, Yik Yak downloads were down by 76% compared to 2015, according to an Aug. 17 NewsWeek article.

Following the steep decline in user engagement, the app was shut down in 2017, the NPR article stated.

Yik Yak returned to the App Store in February.

New management updated the terms and conditions of Yik Yak to ensure the safety of those who participate on the app by enforcing new guidelines and a one-strike policy which bans those who are found to be engaging in harassment.

“It’s quickly become the app I use most because it’s fun to just be you,” Crocker said. “You don’t have to worry about stupid comments being associated with you. I feel connected to the rest of the people of UVM, because there’s these inside jokes that are so local and so funny.”

Yik Yak can also be a source of information for the students of UVM.

Last Sunday, Harris Hall went into lockdown due to suspicious activity after receiving a report of two men entering the building with an unknown object, according to a Sept. 26 CATAlert.

Before the CATAlert was sent out there were a myriad of posts on Yik Yak related to the event.

“POV: you’re viciously scrolling through Yik Yak because it’s your only source of news about this whole Harris situation,” one post stated.

Other students made light of the situation.

“I’ll give the intruder 50 retail points if he leaves,” another post stated.

Yik Yak made efforts to minimize bullying, but misinformation can still spread.

In the case of the Harris Hall situation, it proved useful to some students who were left with little information from the university, first-year Spencer Billings said.

“People from Harris were talking about what they were experiencing, which gave us real time updates,” Billings said.

Two hours later, a final CATAlert was issued, giving out a short debrief of what UVM Police Services found and ending the lockdown — and thus the outpouring of community support as well.

Yik Yak has returned after five years away, and with less than a year back on the App Store, its impacts are already being felt.