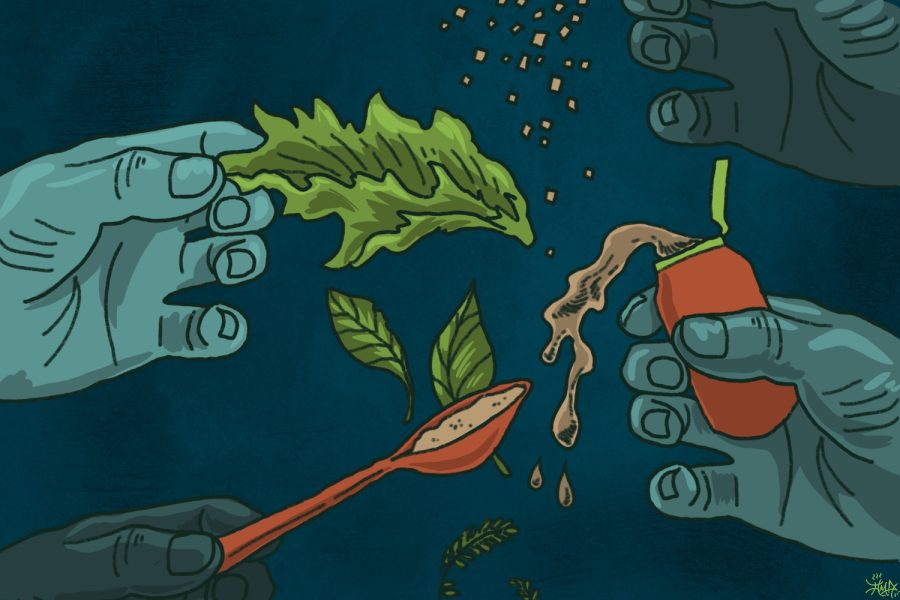 After a year of slicing turkey and boiling beets for my job as a cook, I clocked in for the last time at the Vermont National Country Club kitchen.

I changed into my chef coat. I chopped and washed romaine, sliced tomatoes and cucumbers. I refilled my bottles of dressings. The printer spat out a ticket. Then another. And another.

After you’ve done something for a long time, you can’t help but reflect on how it changed you in the end. When I started at the country club I knew where the kitchen was, but other than that I was lost.

I had decided to transfer schools and move back to Vermont. When transferring during my junior year of college, I began to ask myself the sorts of questions someone with too much time on their hands asks themselves: What am I doing? Am I going to fail? Have I already failed?

When I first started work in the kitchen, I found the tasks at hand nerve-racking. Tickets built up faster than I could tear them up, laughing down at me while I quartered an egg for a cobb salad.

With each ticket I made more of a mess. I left out a bin of romaine. I didn’t bother putting away bottles of dressings. Arugula and toasted walnuts littered the floor while my shaky hands crumbled chèvre onto a beet salad.

Soon my station was a cluttered mess with hardly any room to work, tickets continuing to spill out of the printer.

Chef pushed me aside. He moved fast, but his hands were steady. He sped around the station tossing salads and building sandwiches.

At the same time, he swept the counter of crumbs, put the dressing bottles back and wiped off my knife. Not only was he much nimbler, he cleaned up my mess as he worked.

Chef focused on the little things, like slicing the ends off the bacon so that none of it sticks out of  the sandwich, or wiping each refrigerator door with soapy water because dirty hands leave fingerprints on the handles.

I watched and learned from him for months. The details were what kept him organized, and keeping organized was what made him so good.

Over time, I began to sweep spilled croutons and cherry tomatoes from the floor after making a salad. I washed my cutting board after slicing beets. I scrubbed down the refrigerator doors.

I was keeping up with the tickets now. Beyond that, Chef’s philosophy flowed into my life.

I no longer let my anxieties about the future eat up space in my mind. I focused on tangible tasks, like applying to UVM and signing up for classes I wanted to take. I got involved with the Vermont Cynic and applied for an internship.

When the dinner rush came to a close during my last night, I slapped the mop onto the floor for the very last time. I pushed it down the line like a sailor swabbing the deck.

As I mopped, I thought about how I got to this time in my life. I am entering my senior year of college, taking the classes I want to take and writing for an internship I earned.

A year ago I was an anxious twenty-year-old standing in a kitchen. The best thing I did was pick up a knife and chop romaine, because life is like the printer. The tickets keep on coming.