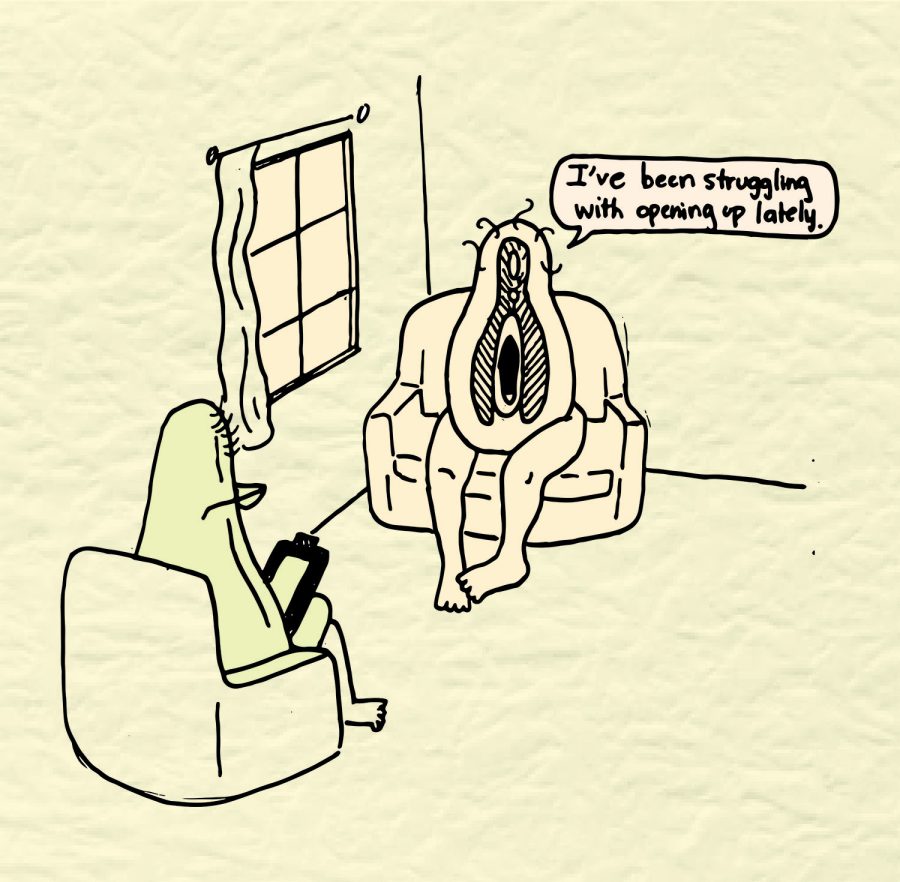 My brain’s battle with my vagina

I am 20 years old, in my second year of college, and over a year and a half into my relationship.

I lie to the people around me, I lie to myself. I say I’ve had sex before.

My gynecologist was the first person to ever say the word to me. I had never heard of it before. The word wasn’t mentioned once in my sixth grade health class, never in one of those “questions about sex?” Buzzfeed articles or anywhere else: Vaginismus.

“The body’s automatic reaction to the fear of some or all types of vaginal penetration,” the National Health Service website stated.

I attempted to engage in some form of penetrative sex twice, and as soon as they touched me, even before entering my body, my mind screamed at me, saying I was in pain before anything even really happened.

Each time I tensed up, I told my partner it was okay and I could just help them out instead. The result was almost always losing any sort of sexual desires I previously had.

I thought back to all of my past sexual encounters from the last 20 years of my life. Every kiss, every touch, every guy or girl.

The first time my gynecologist and I ever talked about the possibility of me having vaginismus, she got quiet and told me she had an important question to ask me: had I ever been sexually assaulted?

Thankfully I could say, “no.” Although I had a few uncomfortable experiences and close calls I am sure almost anyone could relate to.

She sent me to a urogynecologist, a doctor who specializes in the pelvic floor which is a group of muscles found in the base of the pelvis, according to Merriam-Webster.

I didn’t even know those kinds of doctors existed. They called it physical therapy for my vagina. While the doctor was kind and understanding, I was never able to feel comfortable around her.

So when I talk about sex with my friends, I try to believe the words that come out of my mouth. Isn’t the definition of sex subjective? What does sex even mean?

For each person or couple, sex can mean something entirely different. Despite differing definitions, it doesn’t make it any less real.

I struggle to talk about it, even to the people I am closest with, and I don’t know when I would even bring up vaginismus. When I am sitting around the table, drunk, laughing about sex positions with funny names, it’s not something I can casually slip into the conversation.

I worry the web of lies will spin to the point of no return, and I’ll have missed my chance to be honest with the people in my life.

Sometimes I think if I get drunk or stoned enough, maybe I’ll be able to relax. Even with half a conscious brain, my body is still screaming the same thing at me: stop.

Vaginismus is about me and me only. It is my personal fight and struggles with my own body.

Doctors tell me if I try hard enough, I can fix my way of thinking someday.