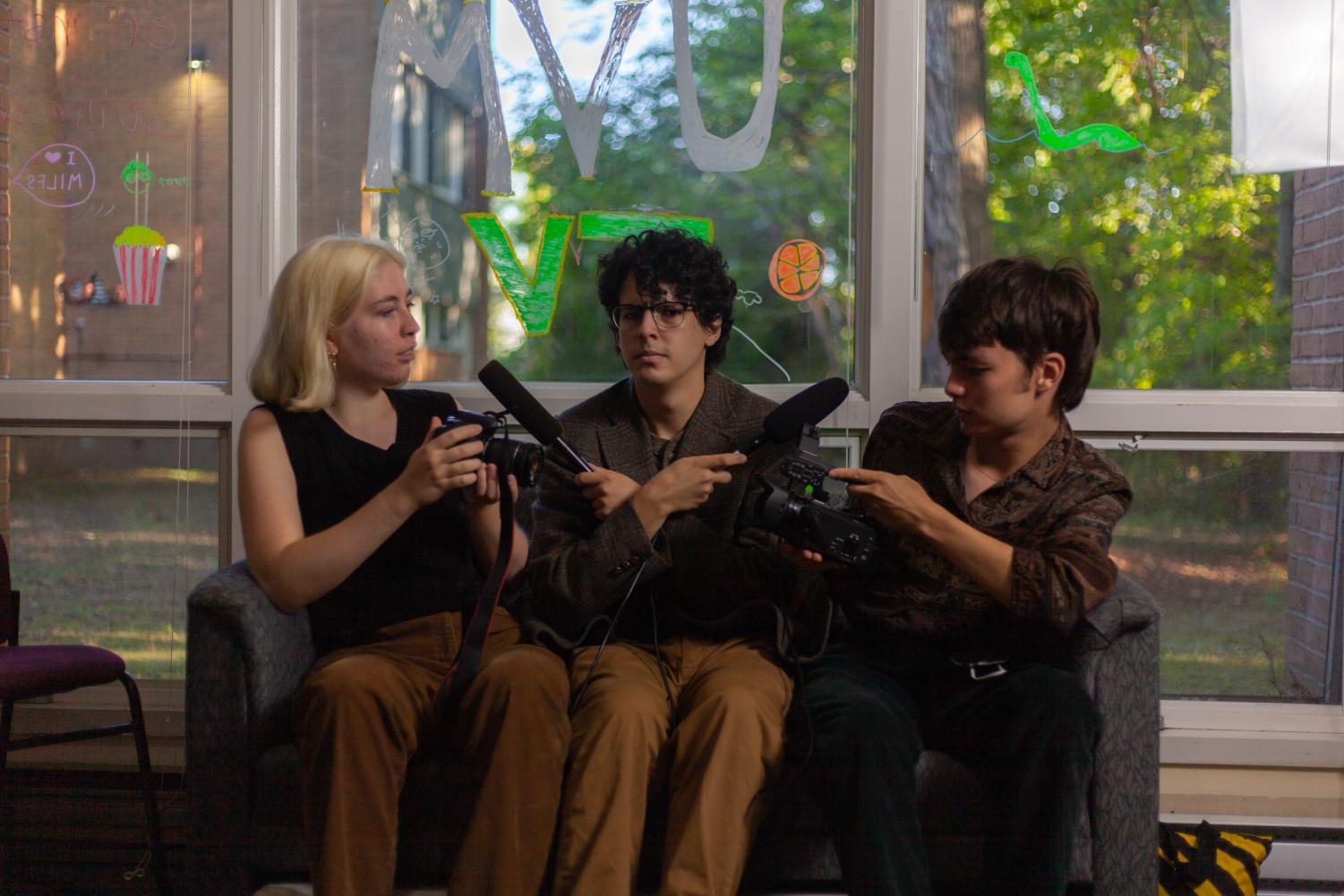 Fall semester is officially in full swing and Thursday night marks the descent of undergrads on downtown Burlington’s nightlife.

UVMtv created a new series, “What’s Up Church Street,” produced by juniors Max Kriff, Adalia Williams and Cam Tagatac. Together they interview students and community members in a range of drunkenness outside bars and clubs.

Kriff is the host of the show, while Williams and Tagatac provide technical support. Kriff said he wants to capture these experiences and show their audience an unfiltered version of student life and hopes to have some laughs along the way.

“There’s definitely a form of realism where we’re capturing this moment,” Kriff said. “Post-pandemic, everyone is coming out of something, so capturing that joy is vital. The world is really weird.”

Kriff said he chose bar-scene stragglers as subjects because there is nobody more open than a drunk person with a camera in front of them.

“Something I feel really strongly about is that I’d never want to make fun of anybody,”  Kriff said. “For me it’s the antithesis of the mainstream media. It’s supposed to be a place to let loose. It shouldn’t be difficult.”

Senior Daisy Powers, president of UVMtv, said interviewing inebriated people can be tricky when it comes to consent, but echoed Kriff’s intention to protect their subjects.

“If somebody ends up on the show and says they didn’t want to be, that’s a conversation we are willing to have and we will take down the episode and cut their part out,” she said. “[Kriff] likes to push boundaries, but I trust him.”

The first episode is on UVMtv’s YouTube page and amassed almost 1,000 views.

The questions vary from trivia tidbits to questions about life, and each episode has a theme. Last week’s episode was “Little Creatures.” Williams said topics covered in this week’s episode are “raccoons, skunks and little, little men.”

Kriff said he hopes this series can revive UVMtv after last year’s COVID-19 restrictions made it difficult to produce content.

Powers said she hopes this is a new chapter for the station.

“We just want to show student’s abilities to create, script, produce and film a show, and everything we are doing as a club, video production wise, is to create some really good content,” Powers said.