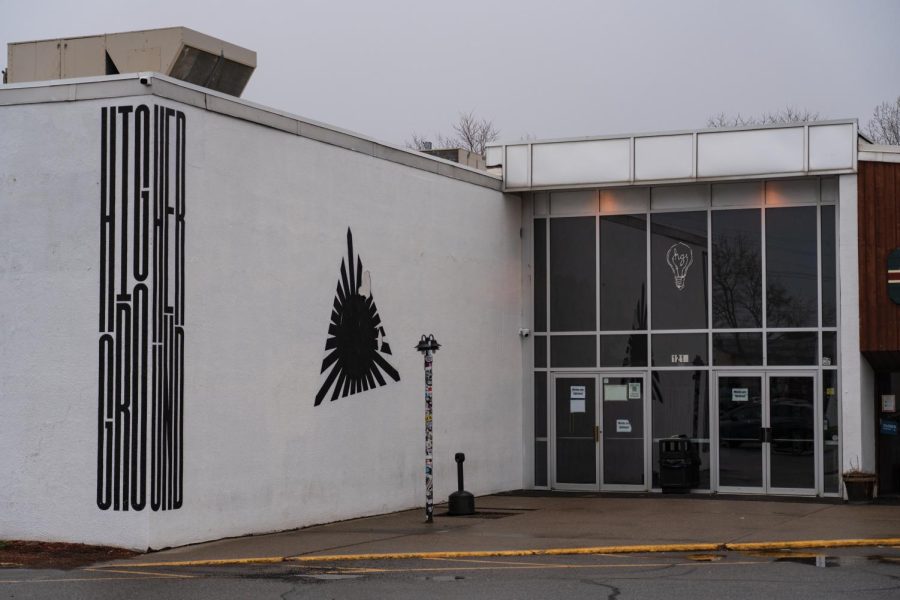 The show features up-and-coming hip-hop and rap artists performing on the same stage as local Vermont musicians. Butts-Spirito gave college students from Vermont the opportunity to open for the event through an Instagram competition, he said.

“I felt like we have a lot to offer to the music scene, especially the local music scene, nowadays,” said Cam Murray of Blu Pak, a senior.  “It just felt like there’s a huge opportunity and we’ve all been dying to perform together as a group.”

The contestants sent in a video of them rapping or singing to enter the competition. The contest closed March 30 and Butts-spirito officially announced the winners April 12 on his Instagram.

The contest received approximately 30 submissions in total, Butts-Spirito said. Butts-Spirito and his team narrowed it down to six contestants, which he announced on his Instagram April 4.

The top six contestants included Blu Pak of UVM, Tyler Serrani of Castleton University, Sulaiman Jalloh, who goes by Suwopp, of Norwich University, Lucas Royer, who goes by Flywlkr, of Community College of Vermont, Eva Rawlings of Berklee College of Music and Daegan Marshall, a non-college wildcard for best submission.

“Just being one of the top six submissions is pretty big,” Jalloh said. “I gained a lot of followers and had a lot of people DMing me.”

Blu Pak and Tyler Serrani tied in the Google poll, and Butts-Spirito ordered a 24-hour recount through an Instagram poll.

“Each had over 700 votes and it came down to a three vote difference,” Butts-Spirito stated in an April 10 Instagram post. “I want to run it back with the final two and truly once and for all see who the people want to perform the most.”

“We said, ‘fuck it,’ let’s have both perform a song to open the show because the vote was so epic and close,” Butts-Spitito stated in an April 12 Instagram post.

Serrani is a hyper pop artist, which is a subgenre of pop with influences of EDM. He is excited to be on the same stage as the featured artists, he said.

“It’d be a huge opportunity for me to really get myself out into a scene that isn’t just in Vermont anymore,” Serrani said.

BluPak is an eight-member R&B band with a fusion of hip hop elements.

As the winners of the contest, Blu Pak and Serrani will perform in front of 750 people in Higher Ground’s biggest room, Butts-Spirito said.

The show will feature 19-year-old SSGKobe and local artist North Ave Jax, with performances from Rich Amiri, Real Ricky, Kami Ok!, Hakimxoxo, Johnny Wanzer, DJ David Chief and UVM dance groups The Elites and King Cobras, according to a flier for the concert.

“I think this is really cool, because it gives people a unique opportunity to be on the same stage as someone like SSGKobe who is by the day growing in the industry,” said senior Kevin Garrison, an event coordinator.

The concert showcases and gives publicity to young artists who will be the future of music, Butts-Spirito said.

“We want it to represent all the exciting stuff that’s happening in the new SoundCloud era right now,” he said.

The show also builds relationships and gives people a platform who might not otherwise have one, Garrison said.

“It’s putting a lot of artists like myself in a better position and it’s giving the new hip hop scene a lot more love than the community has seen around here,” Royer said.

Rawlings previously performed at several smaller venues in the area as a Burlington local and was excited about the chance to return home, she said.

“It’s always been a dream of mine to play the big room at Higher Ground, so when I saw this opportunity, I kind of had to take it,” Rawlings said.

Junior Jack Halpin entered the Instagram contest, and though he didn’t make it to the top six, just participating in the contest was good exposure, Halpin said.

“This is a great opportunity for college students who are trying to make it but don’t really know where the outlet is to make something out of themselves,” he said.

The “Love, Kelly” show will be held at 8 p.m. April 16 at Higher Ground Ballroom. Students can buy tickets to the show on Higher Ground’s website.