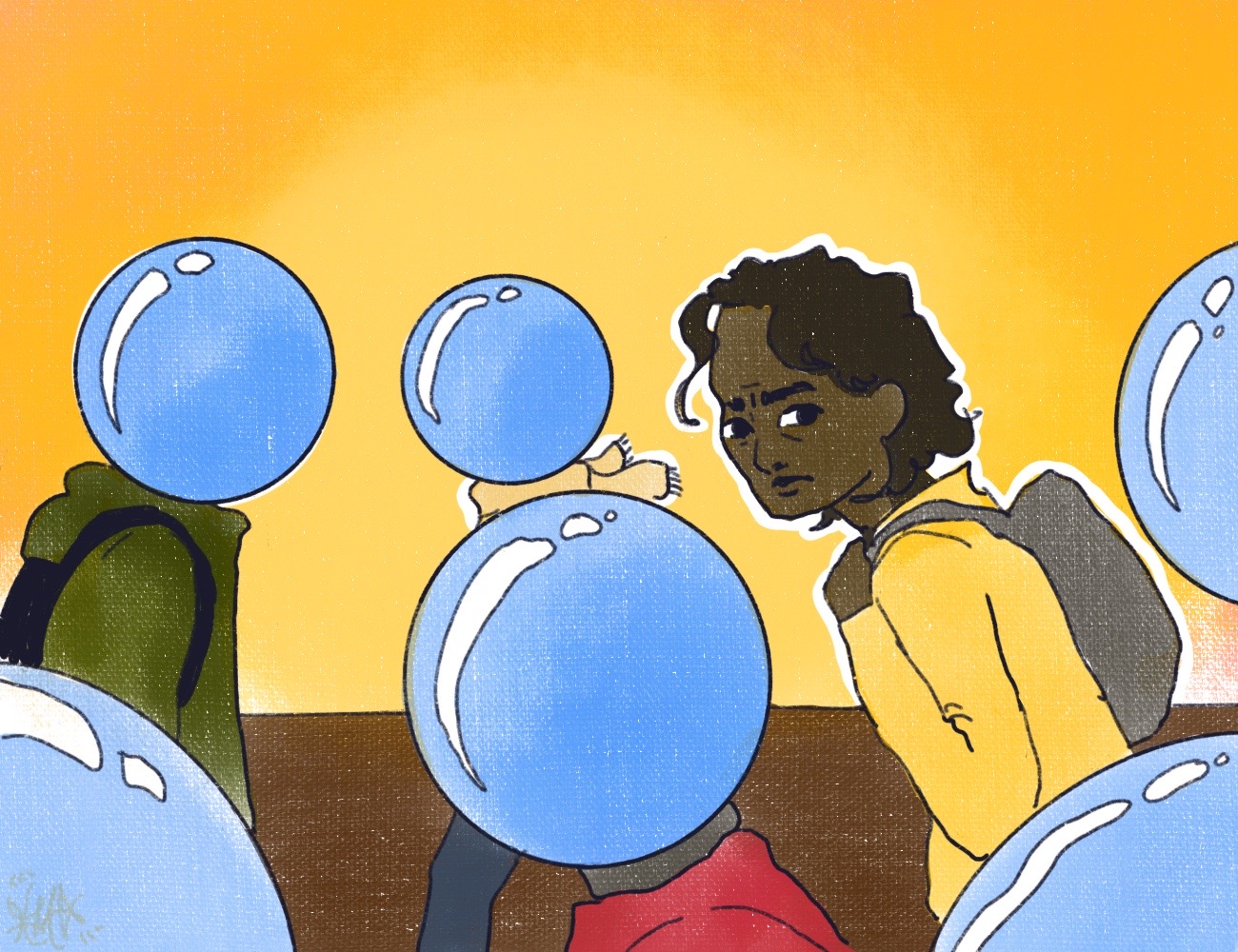 Abandon the preconceived notions you carry based on stereotypes

A stereotype is defined as a standardized mental picture that is held in common by members of a group and that represents an oversimplified opinion, prejudiced attitude or uncritical judgment, according to Merriam-Webster.

The ideology that people fit into categories is extremely small-minded and concerning.

Imagine trying to force people into certain ideas in your own head, giving them no space to surprise you. There are many of these stereotypes floating around the world, and there seems to be no space for improvement or deviation.

As someone subjected to multiple stereotypes, nothing feels worse than being placed in a box by another person. Before someone can begin to comprehend who they are, the world tells them who they’re supposed to be and who they should become.

All of this is based off of what?

Skin color, facial features, place of birth, gender and other features people have no control over. I won’t reiterate the unchanging limitations that arise in relation to stereotypes. I will, however, allow a chance for people to grow.

The feeling of needing to break these stereotypes also leads into the feelings of hypervisibility. I face stereotypes as an Indian, which include being good in mathematics and only becoming either an engineer or a doctor, with little to no in between.

Sticking to that thinking leaves no room for creativity and passion, removing all sense of purpose in life. I would have never discovered my passion for reading fiction or writing articles if I was still stuck in this mindset.

We can all work on changing the cycle of prejudice and stagnant thinking. A person’s physical features should not serve as a rule book for the life they live.

If everyone treated others with respect, would everyone reach their fullest potential and create great change for the world?

I am not the greatest statistician to ever live, but I feel like that probability should be pretty high.

A disproportionately large number of whites got the callbacks, while many African American applicants were rejected, according to the study.

African Americans have been of a lower socioeconomic class since the colonization of this country. That might lead an employer to think this person might be incapable of performing in the office.

“While one may have expected improved credentials to alleviate employers’ fear that African-American applicants are deficient in some unobservable skills, this is not the case in our data,” the study stated.

Due to the bias against African Americans in education, an employer may view a college degree on a their resume as less deserved than a white person’s. Again, these sentiments are not held as fact.

Stereotypes stem from a vacuum chamber of media consumed by the masses. Conservative views still have a hold on many of us and biases haven’t been confronted.

It’s almost considered taboo in India to have any other type of profession, at least with anyone who is going into higher education. These could be used as stereotypes that don’t harm in general. Yes, based on my stereotype, I will be rich and successful.

Many uncharted routes to success exist that don’t include the monetary gratification of the job. Feeling hypervisible and afraid comes into play here.

People who don’t deal with hypervisibility almost always overlook the importance of social cues we take from other people. I look to someone older than me, like my brother or parents, when I don’t know how to act in a situation.

Imagine not having a single person look like you in school. It feels like everything you do is wrong, and while that feeling goes away after time, there still seems to be no space for error.

I experienced this in many spaces at UVM. How many fellow students can say they’ve felt the same way?

It is that fear, of making a fool of myself, of not appearing normal, that seems to be the only real struggle I face in breaking stereotypes.

I have become so calloused to the words of others that they simply don’t matter, and thus, the only things that would affect me are the larger themes, the fear that comes along with breaking into something.

Smaller minded people will always try to negate these feelings and make fun of others for it. But once you understand that these jabs, these words meant to hurt come from a place of insecurity, you start to pity the people that say them.

People don’t know what they want, and if they do, they often run away from the work needed to reach their goals, whether they be monetary, spiritual or mental.

Accepting the negative that comes with stereotypes helps immensely. There is nothing more empowering than living the life that you want outside of your skin.

Understanding small minded people, however undesirable, matters more than one might think. Seeing the roots of the problem, at least for me, has helped me understand it and in turn, neutralize its effect on me.