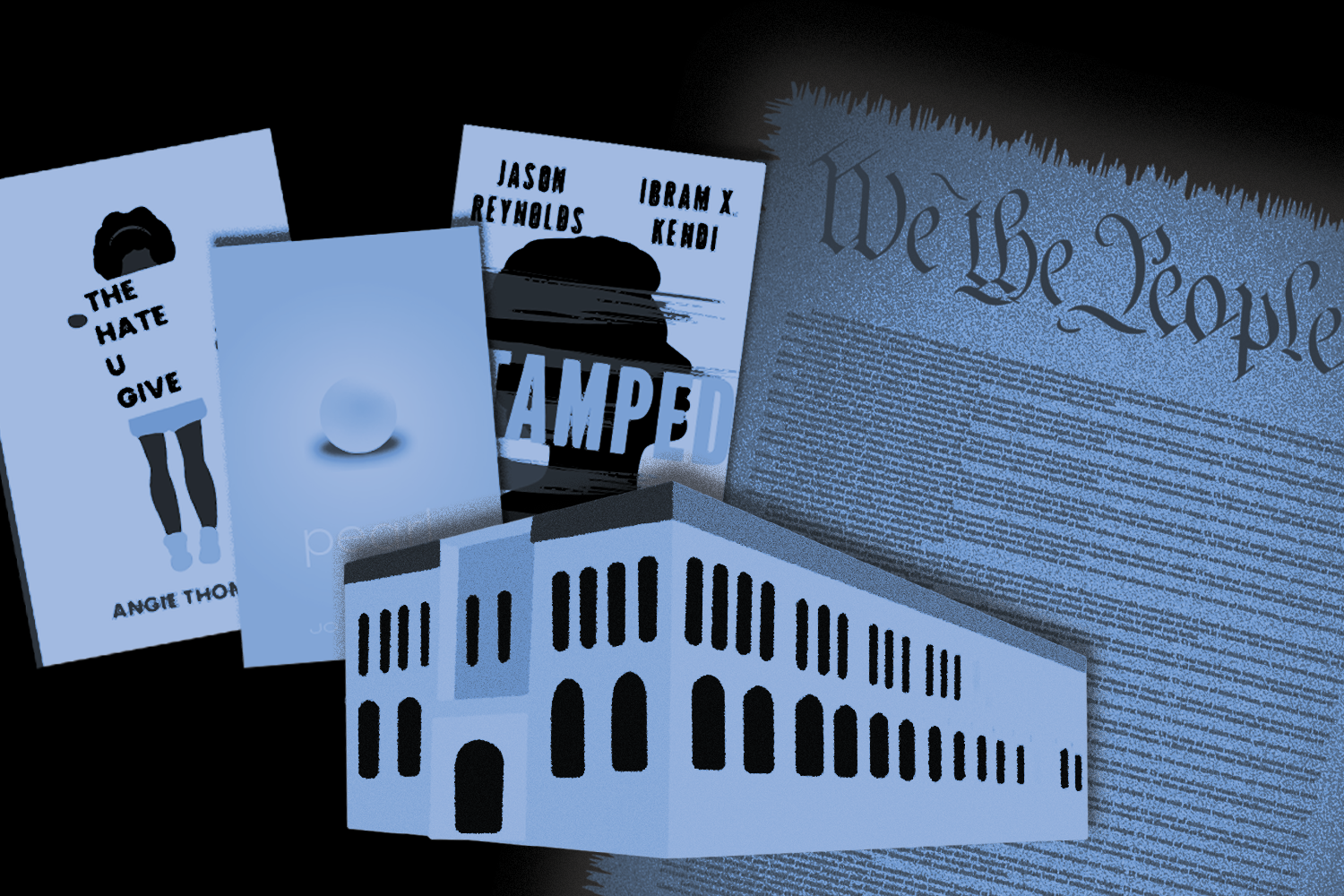 Censorship continues to be pushed in public libraries, but not in Vermont

While an unprecedented number of challenges to library books has been recorded by the American Library Association, Vermont seems to be an exception to this, UVM’s Dean of Libraries Bryn Geffert said.

Across the nation, books are being pulled off the shelves of school and public libraries at the request of parents at much higher rates than they used to, according to the ALA’s State of America’s Libraries 2021 report. Though Geffert has never heard of a book being banned from a library in Vermont.

“We’ve certainly not seen [book bans] in the academic library community in Vermont,” Geffert said. “I haven’t heard of instances locally, either.”

In 2020, 273 books were challenged in libraries across America, according to the ALA’s State of America’s Libraries 2021 report. Library censorship in general is a constant phenomenon, Geffert said.

“[Libraries] have seen a steady low thrum of attempts to either outright censor or to pressure libraries to not purchase certain types of materials,” Geffert said.

Although many of the most frequently challenged books are accused of pushing left-leaning narratives, library censorship is not an issue that is exclusively pushed by conservatives, Geffert said.

“We do see pressure sometimes from the left to eliminate instances of hate speech that would argue for libraries to get rid of ‘The Adventures of Huckleberry Finn,’ because of the racist language,” Geffert said.

Efforts from both sides of the political spectrum to control what kind of books are available in libraries misunderstand what libraries are designed to do, Geffert said.

Martin LaLonde, State House Representative for South Burlington said Vermont’s lack of censorship cases may be due to the population of Vermont rather than the politicians themselves.

“It’s interesting that in Vermont, there’s very much an independent streak across all parties and [book bans are] counter to what Vermonters believe: in independence,” LaLonde said. “They don’t want people to be telling them what not to read.”

The top 10 most frequently challenged books of 2020 include titles like “Stamped: Racism, Antiracism, and You,” “All American Boys,” and “The Hate U Give,” for discussing racism and anti-police views, according to the State of America’s Libraries 2021 report.

“Book banning appears to me on its face to be unconstitutional,” LaLonde said. “Part of the First Amendment and freedom of speech is that the government, which schools are a part of, can’t discriminate against or ban speech, and books are speech, because of the content.”

In 1953, responding to a series of proposed book bans, the ALA released its Freedom to Read Statement. The statement documents the relationship between access to books, democracy and education.

“The freedom to read is guaranteed by the Constitution,” stated the Freedom to Read Statement. “There is no place in our society for efforts to coerce the tastes of others, to confine adults to the reading matter deemed suitable for adolescents.”

Book bans in public schools continue to occur even though they have been challenged by the Supreme Court as early as 1982, LaLonde said.

“A Supreme Court case, Board of Education v. Pico, explains that school officials can’t express their discretion to remove books based on partisan or political grounds,” LaLonde said. “They can’t suppress ideas.”

Board of Education v. Pico was the result of five Island Trees Junior High and High School students filing a lawsuit in response to parent-initiated library book bans of 11 titles. It limited the powers of public school officials to remove books from libraries based on their content, according to the Bill of Rights Institute.

The 850 books named in his proposed ban focus on LGBTQ+ stories and history, the Black Lives Matter movement, Indigenous history along with many other topics the conservative lawmaker deems to be inappropriate for children.

Knowles found out about the ban on her books “See You at Harry’s” and “Pearl” – both books aimed towards young adults – through a librarian friend on Twitter.

Both novels feature plot lines that focus on LGBTQ+ characters. “See You at Harry’s” is about the main character’s older brother coming out to their family and “Pearl” follows the story of a romantic relationship between the protagonist’s mother and her mother’s female best friend.

“[These bans] are coming from a place of deep racism and homophobia among other things,” Knowles said.