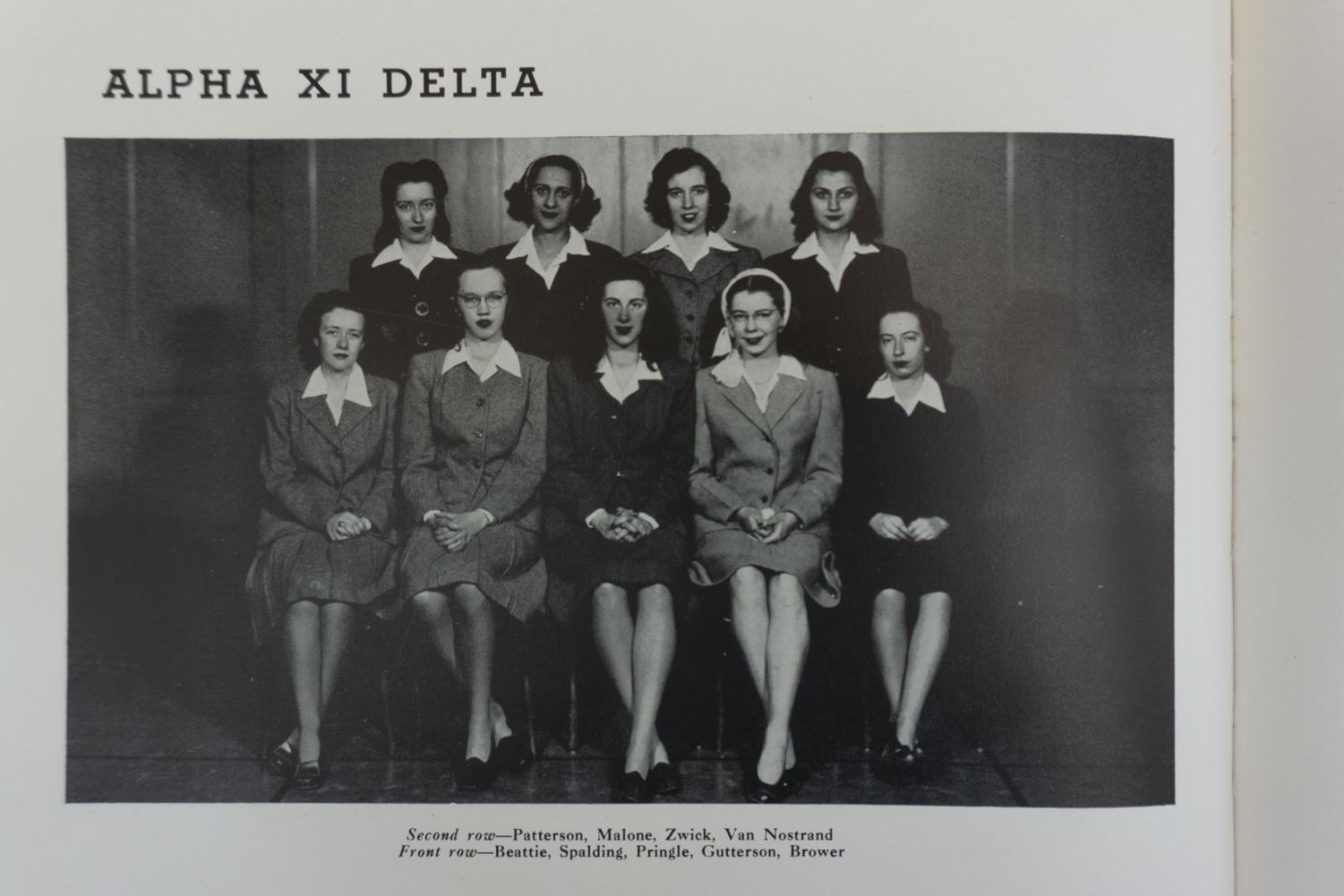 When Malone’s friends invited her to join Alpha Xi Delta as the sorority’s first African American member, the national board refused to allow the chapter to integrate, according to the 1946 article.

The women of Alpha Xi Delta and their Chapter President, Patricia Pringle, refused to back down from their initial decision. They ignored continued threats from the National President, Beverley Robinson, to punish the chapter, according to the 1991 book.

“[Pringle] declared all the sorority members were proud to be friends of Miss Malone,” the 1946 article stated. “They could see no reason for punitive action by the national chapter.”

Robinson did not take the situation lightly, and did not allow the sorority to continue activities with Malone as a member. The national organization put the chapter on probation and stopped them from participating in any rush activities, according to the 1991 book.

“Life is selective, and maybe it’s just as well to learn it while we are young,” Robinson said in a May 6, 1946 Life Magazine article.

Robinson also said the probation of the sorority was due to the mishandling of letters from headquarters by the chapter president, according to the Burlington Free Press article.

These letters contained instructions for the correspondence to be read at a chapter meeting, according to the Free Press article.

Pringle decided not to acknowledge the letters because they revoked Malone’s membership and scolded the women for offering her a membership, according to the Free Press article.

“[The chapter has] attempted without counsel to make a decision affecting hundreds of other members,” stated Robinson in a 1945 letter to the chapter. “Does that seem a little presumptuous and egotistical to you? It does to me.”

The young women responded to the probation by burning their sorority charter, the founding contract the chapter was based on. This ended the conflict with the national organization and the chapter would permanently disband less than a year later, according to the 2021 article.

As UVM’s Alpha Xi Delta chapter fought the national organization, the support for Malone did not stop with the sorority women. Other students at the time also spoke up on the situation, according to the 1991 book.

“When I was asked to join Alpha Xi Delta I remember being pleased — The spoken emotions and feelings after the war made me think it was possible,” Malone stated in the 1991 book.

Malone had close friends in the sorority and served as an active member of the Women’s Athletic Association and the Modern Dance Group on campus, according to the Burlington Free Press article.

“The sickening part of the whole affair is the pathetic indifference of the administration,” stated Peter Mallett ‘47 in a 1946 letter to the Cynic. “Not taking a stand assures the maintenance of the status quo, the continuance of racial discrimination at the University of Vermont.”

The University did not take a position on the situation, asserting that the issue was not a matter of University policy, but an internal dispute between the National Sorority and the University Chapter, Older said.

“Not a great moment for UVM, a wonderful moment for the sorority and for Crystal; all of them stuck to their guns,” Older said. “The University doesn’t have a proud history of taking stands on moral issues. They have to be pushed to it.”

Pringle’s mother, Catherine Zwick, wrote a letter to Robinson in 1946 detailing her pride in the sorority women and her shame at Robinson’s actions and responses.

“You are condemning a group of girls who refused to obey an order which they […] knew would hurt greatly a friend who did not deserve the humiliation […] not because of any wrong act of the girl involved, but merely because of her racial background,” Zwick stated.

Despite facing adversity from Robinson and the national organization, Malone had fond memories of her time at UVM, according to the 1991 book.

“The university students, mostly girls, were young, impressionable with dreams of a better world,” stated Malone in the 1991 book. “I lived as an American coed and loved every minute.”

The chapter shut down, without withdrawing Malone’s membership and Malone went on to graduate in 1947 with a bachelor’s degree in business. She worked as an educator for decades before retiring from Uniondale High School in New York, according to the 2021 article.

Malone married Navy Lieutenant Commander Wesley Brown in 1964. She died on Feb. 25, 2021 and is survived by three stepchildren, seven grandchildren and two great-grandchildren, according to the 2021 article.