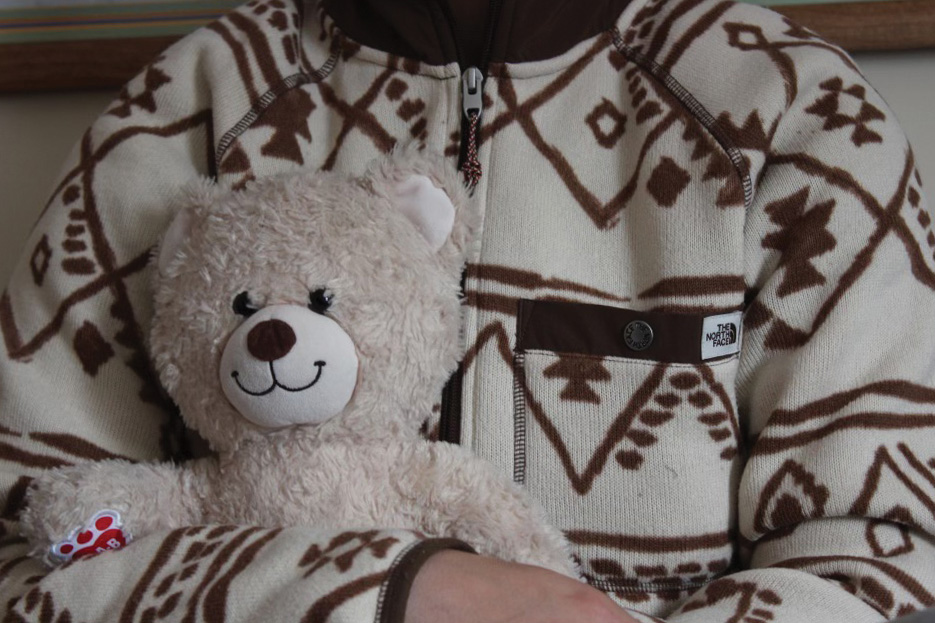 Photo illustration: Adjusting to college can be difficult for first-years, but resources like Living Well and CAPS can help with the adjustment. (Morgan Daly)

Photo illustration: Adjusting to college can be difficult for first-years, but resources like Living Well and CAPS can help with the adjustment.

UVM’s Class of 2026 is the most academically qualified in the University’s history, according to a May 4 UVM Today article. However, many students have still reported facing challenges in the transition to college life.

UVM offers a handful of programs aimed to help incoming students’ adjustments, including summer orientation, Trek and an earlier move-in date than other on-campus students, according to the UVM website. Despite this, some students struggle to find community.

For first-year Jules Friends, feelings of isolation in college began during her first-year orientation, she said. It was an environment that fostered largely surface-level connections.

“I only ever converse with one or two people from that group,” Friends said. “A lot of the orientation felt like a lot of name-remembering, ‘get to know you’ activities.”

Friends struggled to form deeper connections with the people in her orientation group, she said. It was difficult because they weren’t people she had shared interests with.

Friends is not alone in having felt a lack of adequate support or connection in the orientation process. First-year Sofia Folino was initially discouraged by her inability to form deep connections via orientation, she said. She felt like she was falling behind or not living up to the positive reputation of the first-year college experience.

“I met a lot of people in my orientation group, but I didn’t meet friends in the first couple of days,” Folino said. “It was just an overwhelming amount of people, and it wasn’t real connections.”

Several first-years found other challenges in the transition process, too. First-year Emma Singer’s feelings about her transition were influenced by social media, she said. Seeing friends who appeared to be succeeding in their transition increased her already high levels of insecurity.

“If we’re snapchatting or on FaceTime, sometimes I compare their experience with my experience,” Singer said. “I see how quickly they have formed friends, or how they are best friends with everyone in their hall when I barely know anyone in my hall.”

Folino shared Singer’s experience, feeling misled by how the college experience is presented online, she said.

“On TikTok and social media, it seems like a party every night,” Folino said. “A lot of my friends who go to southern schools would be posting on their stories like ‘party on a Tuesday’ or ‘party on a Wednesday,’ and that’s not me, and it’s also not UVM.”

People never talk about how sad or lonely they feel amidst the transition to life at school, Folino said. They only want their followers to consume the positive details of their experience.

For Friends, she also feels the abundance of social activities available on campus has been overwhelming, she said. It feels like she has to be at two places at once to be involved with the clubs she finds fulfilling.

“I’ve been trying to go to club meetings,” Friends said. “I haven’t been super successful because in these first couple of weeks I’ve been prioritizing making close friend contact over attending regular meetings I could theoretically show up to every week.”

First-year Anna Brooks also struggled with club meeting attendance in order to compensate for the schedules of her social circles, she said.

“Technically I’m part of two clubs,” she said. “But I haven’t gone to any meetings yet.”

In the event that first-years do find the time to attend club meetings, there can be obstacles they face simply because they are first-years, Singer said. More selective clubs with auditions have made it more difficult for first-years to get involved.

“Some of the dance clubs were more selective and required you to audition,” Singer said. “I tried out for one of them and I didn’t get in. I think some of those clubs definitely look for more sophomores or people who have been here longer.”

There is also a sense of uncertainty for many first-years regarding the knowledge they come in with about the mental health resources available to students on campus, Folino said. She may be interested in reaching out, but is unsure of how to do so.

“I just don’t know how to reach out,” Folino said. “There was the mental health seminar from [the Wellness Environment] that I went to the first week during orientation, but I wish there was more information.”

Friends is entirely unsure of the purpose of on-campus resources, she said. Even after orientation, it has been unclear what services different resources can provide.

“I don’t have a reason why I would reach out,” Friends said. “I would literally just be reaching out to figure out why I should reach out in the future.”

Still, in spite of the challenges, some first-years have found ways to make use of the resources available. Singer was successful in connecting with Counseling and Psychiatry Services, she said. She was able to book an initial and follow-up counseling meeting, and has received recommendations for a long-term off-campus counselor.

“It was helpful,” Singer said. “Especially to talk to someone else in person.”

There have also been more efforts to raise awareness about Living Well—UVM’s health hub in the Davis Center—this year than last year, said junior Erin Jaspan, Living Well front desk associate. Due to relaxed COVID-19 restrictions, the Class of 2026 is more aware of Living Well’s services and space, she said.

“I was just at a table event last week,” Jaspan said. “I would ask people, ‘have you stopped by Living Well at all?’ The broad majority said yes.”

Struggling first-years should reach out and take advantage of the resources they have, Jaspan said. Resources like Living Well and CAPS are here for students, and sometimes they underestimate how impactful they can be.

“Especially with the first-years, there’s a lot of big adjustments to college, and I think Living Well offers a lot of good resources for that, like the drop-in hours and the connection that you can get through events that we have here,” Jaspan said. “I think that’s always good, especially when you’re adjusting and trying to find your group.”