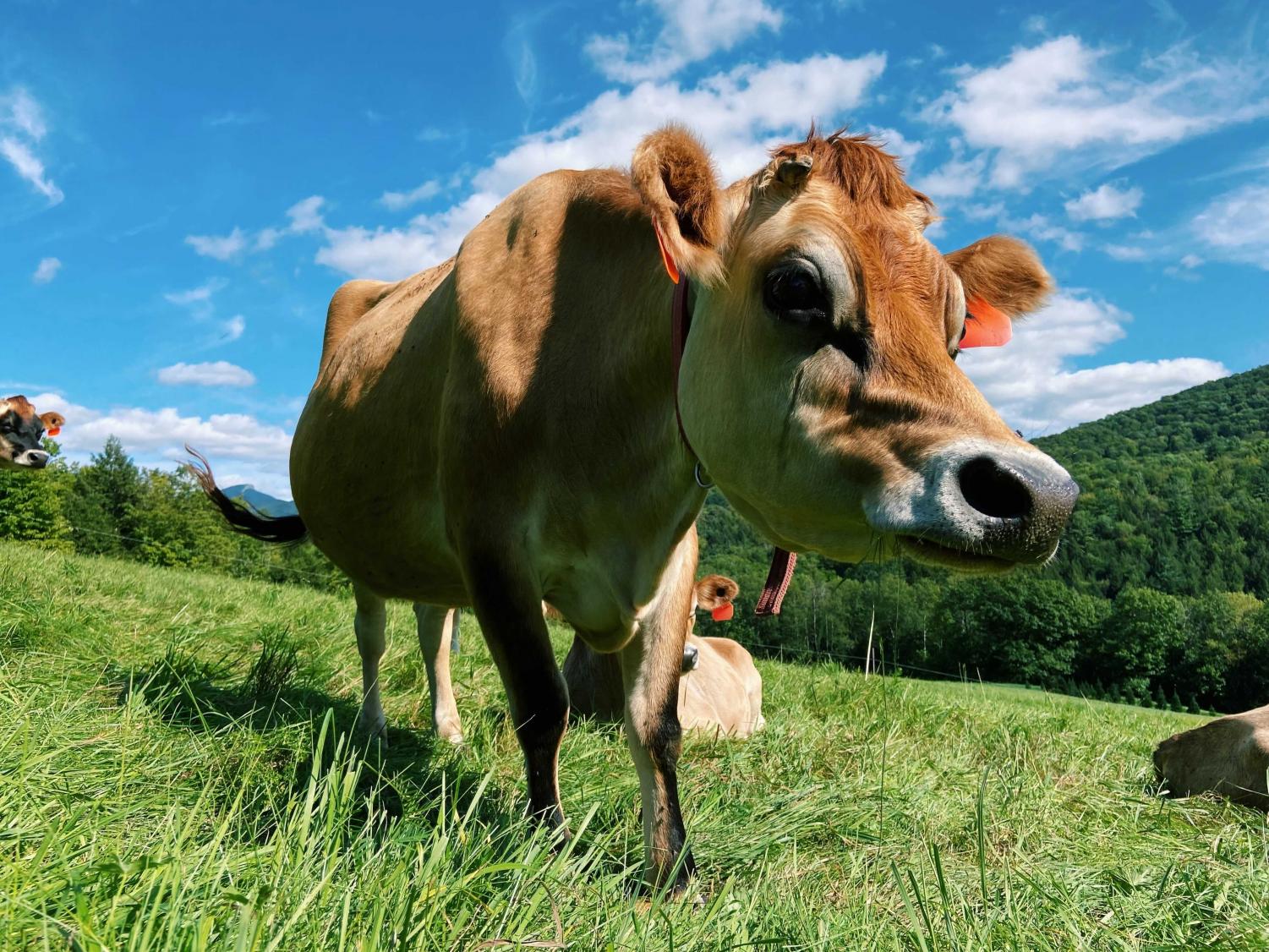 Every Friday, Huntington residents gather at the Brush Brook Community Farm to enjoy free soup made with vegetables from their own land.

Farmer and baker Adam Wilson doesn’t own any of his own land. Instead, he created a community farm system relying on others’ land and resources in exchange for a share of the produce, he said.

Wilson describes the farm system as a “gift economy,” but Wilson said he doesn’t always like the term. Instead, he thinks about it as basic values fostered in Vermont communities for decades.

“When you have more than you need, you give it away, and you ask for help when you need help,” Wilson said. “The idea is just that it’s not tracked. Everyone is hopelessly embedded in one another all the time, as opposed to self-reliance.”

Wilson said this means that everyone plays a role in providing for each other without expecting anything in return.

Every soup container has a label that reads, “This food is offered as a gift to anyone who is hungry for any reason.” Wilson said while this message is a key aspect of their mission, it often confuses people who think the farm is a charity project.

The goal is not just to remove barriers to accessing food, but to create a community that equally benefits and contributes to Vermonters, Wilson said. Relying on neighbors helps to build a more sustainable food system.

Brush Brook Community Farm has six team members with Wilson as the leader. Together they have a herd of 14 cows and a flock of 40 sheep. They request land from local landowners for growing and grazing, Wilson said.

“We knew that he was just looking for places for his animals and we said we’ve got 20 acres of open land that’s good for grazing,” Cozzons said.

The cows are not their direct responsibility, Cozzons said, but they do use their own water and electricity source for the electric fence. In return, the couple picks up soup and bread every Friday and it is a meal they always look forward to.

“Many people just go and get the soup and bread, and it would be nice if everyone did some volunteering,” she said. Brush Brook offers workdays every Sunday for anyone to help on the farm.

Cozzons said she and her husband play their part by offering the land, while others attend workdays or make financial contributions.

Wilson and his farm team at Brush Brook are open about their financial needs.

On their website and newsletter, they release their monthly expenses and stipends each full-time worker asks for, although Wilson said these are often very low as they all eat from the farm’s produce.

This past spring, Wilson and his team started a free scythe school, teaching a traditional form of making hay and mowing grass. Tim Hoopes junior ecological agriculture major was a student of the scythe school.

“At the first class we didn’t even touch a scythe,” Hoopes said. “We just walked around this really beautiful field in Huntington and Adam showed us the different grasses that were growing and which ones are more nutritious or less nutritious for the animals.”

Hoopes thinks the community farm system is sustainable and he hopes to expand these ideas to his own work.

“Instead of being in that market system, which can feel kind of trapping, you’re in a more fluid system with the community where you can kind of sustain each other in a cool way,” he said.

Hoopes said the “gift economy” inspired him and he started inviting friends to work days at his farm. He sends them home with fresh produce in return for their labor.

Wilson hopes to expand, Brush Brook. They want to start a full-time farm school, which may mean they have to find more land.

Hoopes’s experience with the scythe class is just the beginning of a larger immersion school at Brush Brook, Wilson said. Wilson hopes to create a longer-term experiential learning system that includes more people like Hoopes who are looking to be part of the community farm.