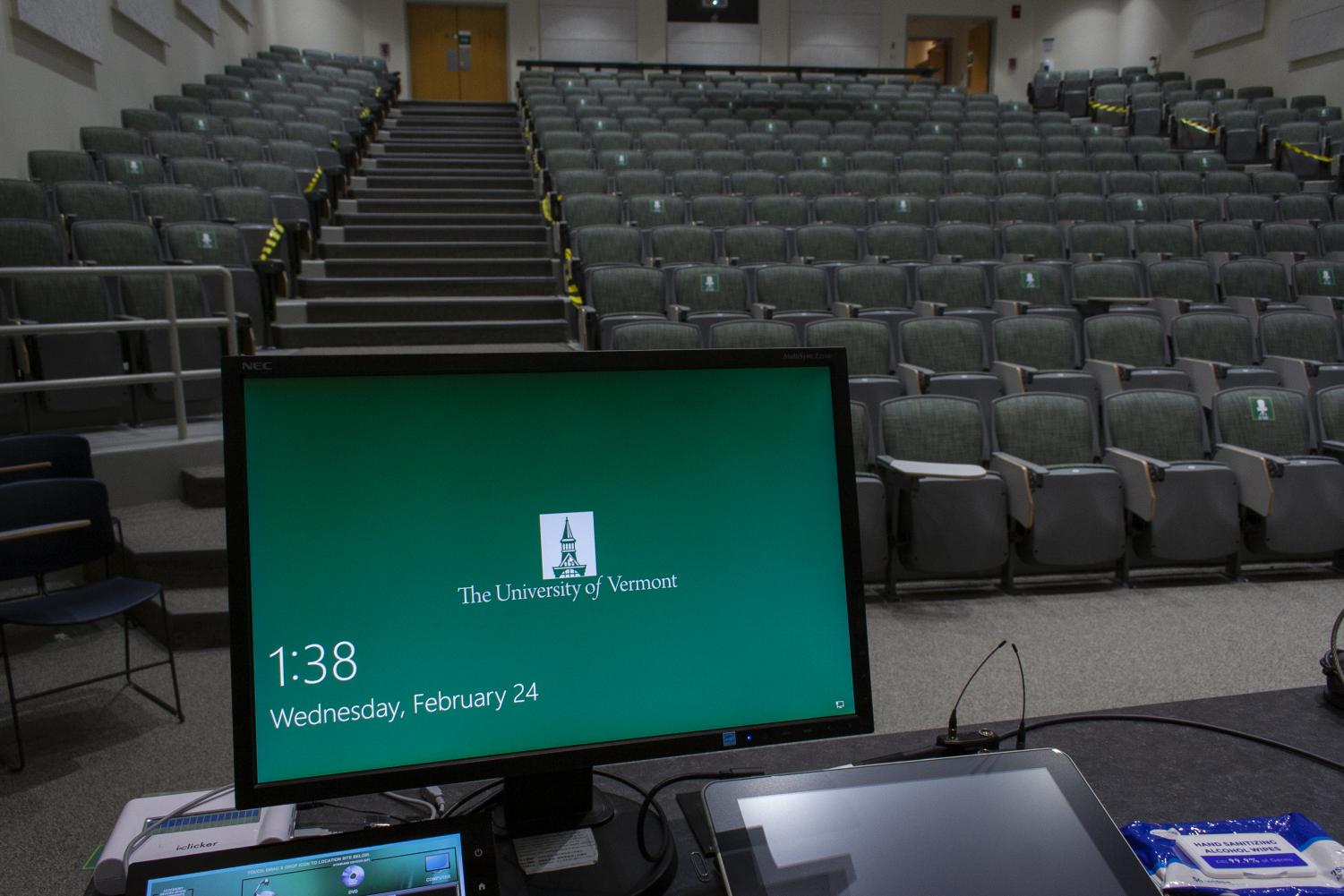 An academic ‘persecution:’ The death of classics at UVM

When UVM was founded in 1791, the study of classics was a cornerstone of every student’s academic experience.

Now,  200 years later, UVM plans to terminate the department, saying goodbye to one of its original programs for good.

During finals week last semester, UVM’s administration announced that amidst the College of Arts and Sciences structural budgetary deficit, the classics, religion and geology departments would be recommended for termination, along with a number of other majors, minors and masters degree programs.

One of CAS’s smaller departments, classics is composed of five faculty members and is said to be the “quintessential liberal arts degree,” according to the University’s own description. It encompasses the study of Greek and Roman civilization and language.

John Franklin, professor and chair of UVM’s classics department, said that over the past three years the department has been “slowly destroyed” by UVM, citing one instance when UVM let one senior lecturer go and in another failed to replace the school’s Ancient Historian.

Funding for the department has been slowly diminishing, according to a Dec. 2019 Cynic article, which points out that based on UVM’s program enrollment records, the number of courses offered by the classics department went from 16 classes a semester in 2016 to seven in 2018.

“On the part of the students, there is a lot of anger and despair. They feel like, ‘why does what they care about studying not matter as much as what other people care about studying?’” Franklin said. “There’s a feeling of persecution.”

Franklin said the oldest surviving UVM curriculum from 1835 shows a large percentage of classes that students took were in ancient world texts.

Traditionally, classics was a central part of university education across the country. According to a University report, in the 1800’s, a UVM student would have completed a large portion of a current classics degree just by taking school-wide required courses.

“We teach hundreds and hundreds and hundreds of students every year that are not our majors and so we have an impact in that way,” Franklin said. “The full measure can only be taken by stories of improvement of people’s lives through a well rounded and comprehensive humanities curriculum.”

Associate Professor Jacques Bailly said that classics has a unique, comprehensive group of five faculty in a small rundown house on Main Street that also serves as a second home for many classics students.

“The students are incredibly active, and they have a club called the Goodridge Classical Club. They meet every Thursday and have lectures and make baked goods and watch movies,” Bailly said. “They’re really intertwining what they’re studying with their lives.”

Graduate student Mui Ong came to UVM for the classics Masters program, and said that entering the program she felt welcomed and surrounded by kindness.

“All the students in the department are very weird people in a totally good way,” Ong said. ‘They’re all very interested and interesting, and always working on cool projects. Everybody is a little off the wall.”

UVM Sophomore Annaliese Holden, a soon-to-be co-president of the Goodridge Classical Club and double major in classical civilization and ancient Greek has been advocating against the termination of the department.

Holden has spoken at protest events including a Feb. 3 teach-in, written letters to administrators and was interviewed by VPR for her activism. She said she plans to continue fighting for the classics departments, despite the uphill battle ahead.

“Whether the classics department gets cut or not, I am confident that UVM and the administration will know that we have a voice, because we’re going to be very loud about it,” Holden said. “I’m determined to cause the biggest ruckus I can.”

Franklin said the community is fighting back with testimonial letters opposing the cuts pouring in from alums. They have also heard from other universities dealing with similar financial issues.

“We have letters coming in saying look, we have the same problem at our university but here’s how we solved it and it worked, but it just gets a form response from the Provost,” Franklin said. “I’m sure they just go into a junk mail inbox.”

By cutting the department, Holden said UVM is losing a unique opportunity to diversify classics and grant underprivileged students access. She worries that if classics get cut at public universities, they will only be accessible at expensive private schools.

“Classicists have been working really hard to make the field accessible,” Holden said. “Not too long ago it was just a rich white boys field and nobody else really.”

Holden said that the University has attempted to console her and fellow classics students by allowing them to finish their majors, but this is not enough in her eyes.

Franklin also said he is worried about the future of classics beyond his own career, and that cutting the department is a statement by the University that could not easily be taken back.

“Even if they were to replace us, they wouldn’t be able to hire well qualified replacements,” Franklin said. “The best qualified candidates will not want to come to a program where they cannot do that and where their discipline is not respected and supported.”

Franklin said this loss not only will take its toll on the University, but on the state of Vermont as well. The classics department supported Vermont Latin Day, an annual event for Vermont high school latin students to celebrate their interests and the subject at UVM.

“Vermont Latin Day brings hundreds of high school students from all over the state of Vermont to UVM,” Franklin said. “Our support to the state also includes training high school Latin teachers.”

Franklin and Holden both said the world outside of private universities and Ivy Leagues needs to be taught classics so that history will not be manipulated in politics and society, and instead can be accessible to all.

“If trained people are not there [teaching], then white supremacists will hold the field and they will be able to take these texts and these symbols and do what they want with them,” Franklin said. “It’s a battle for the soul of the discipline.”

Ong said that one important aspect of classics is that it gives a way to look at current problems from a distance, and that cutting the classics department is cutting a core element of the liberal arts.

In a December email to students, Provost Patty Prelock and Dean Bill Falls co-wrote that the cuts will ensure rich and diverse offerings in liberal arts classes for UVM students.

“Change can be unsettling, but this move will strengthen the liberal arts at UVM,” they said.

“The humanities is kind of about learning to be a good community member,” Ong said. “It’s antithetical of them to take away the community aspect of it.”

In her two years at UVM, Holden said that the department has become like family to her, and that every class is a great experience.

“The classics department as a whole is so, so personal,” Holden said. “You really get to know all of your professors and all your fellow students, and it builds up such such a good network of people you can just rely on.”

Holden said that over time, the classics students’ grief over losing the department has turned into hardened feelings towards the administration for taking away this unique aspect of liberal arts.

“The skills that you get from learning the classics and in studying ancient languages are a lot of cognitive skills and ability to interact better with writing and politics. I definitely think it has shaped my worldview.”

Bailly said that, from his perspective, these cuts are betraying the University’s students and the community.

“The vision of UVM includes a comprehensive commitment to the liberal arts department. It is the most clear and irrefutable commitment to a subject that a university has to offer,” Bailly said.

“By eliminating classics they are betraying the tradition and heritage of what UVM started out as and has been continuously.”

4 Responses to “An academic ‘persecution:’ The death of classics at UVM”