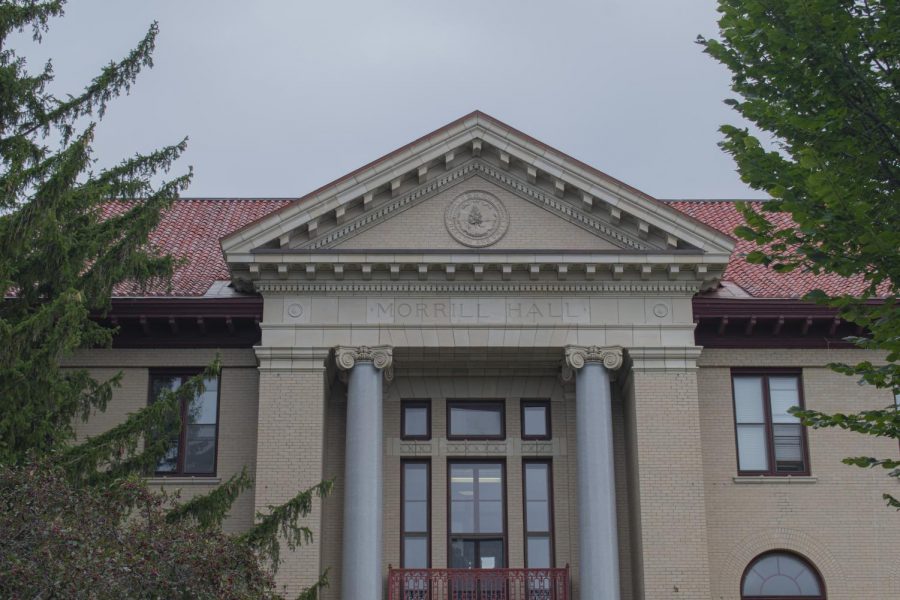 Morrill Hall is located at the corner of Main Street and University Place.

UVM’s Morrill Hall is one of 106 “Morrill Halls” on campuses across the U.S. – all of which were established with government funds on land stolen from Indigenous People.

Morrill Hall is named for Justin Smith Morrill, the Vermont House Representative who proposed and fought for the Land-Grant Acts of 1862 and 1890. UVM’s Morrill Hall can be seen on the corner of Main St. and University Place.

These acts transferred 10.7 million acres of Tribal Nation land to the government to provide funds and territory for 106 universities across the country, according to a 2020 article from High Country News.

“Stolen land provided incredible wealth to those European Institutions that divvied up the spoils,” stated Don Stevens, chief of the Nulhegan Band of the Coosuk-Abenaki Nation in a Sept. 9 email to the Cynic.

The Abenaki Tribe spans from Northern Massachusetts to Southern Quebec. The Nulhegan Band of the Coosuk-Abenaki is one of the largest Tribes today, traveling across the Western Abenaki region, including Massachusetts, Maine, New Hampshire and Vermont, according to abenakitribe.org.

By the time UVM received funding from the Morrill Land-Grant Acts in 1865, the Abenaki in Vermont were already highly marginalized, said Heather Eagan, a lecturer for UVM’s department of education.

Eagan said the land had once belonged to the Abenaki Tribe, but was bought out by Ira Allen, a land speculator, who donated the space for the establishment of UVM.

“[The Abenaki] were on the edge of society,” Eagan said. “They were marginalized.”

UVM was granted 148,397 acres of land, stolen from over 50 Tribal nations across 12 states today – much of which was later sold – as well as $11,153 in government funds — earned from selling the Tribal nation land, according to the 2020 investigation landgrabu.org, for High Country News.

“There is land acknowledgment [from UVM] for the Abenaki, but not the tribes in the west,” Eagan said.

The government obtained this land via seizure, violence and fraudulent treaties, according to landgrabu.org.

“We have never recovered from the loss of our lands,” Stevens’ email stated. “The incredible devastating impacts that our people were subjected to still persist today.”

Only 10 students at UVM identified themselves as Native American or Alaskan in 2019, according to catamount data.

“The relationship [between UVM and the Abenaki people] has been rocky, for good reason,” Eagan said. “[The Abenaki] were forced into hiding [between 1925 and 1936].”

This method of survival, according to a 2016 story from Vermont Public Radio, allowed the Vermont Government to deny continued Indigenous presence in the Western Abernaki region until 2001. The Nulhegan Band of the Coosuk-Abenaki Nation was not officially recognized until 2011.

“Colleges who benefited from those grants should provide reparations to those they impacted,” Stevens stated.

The tribe received an apology for UVM’s involvement in forced sterilization in 2019, Eagan said. However, not much has been done since then in the way of reparations.

Morrill Hall, and several other buildings on campus, is named for a man whose work led to the expropriation and genocide throughout the U.S., according to High Country News.

“We will never give up our homelands,” Stevens’ email stated. “Even though we were forcibly removed from them and denied access.”