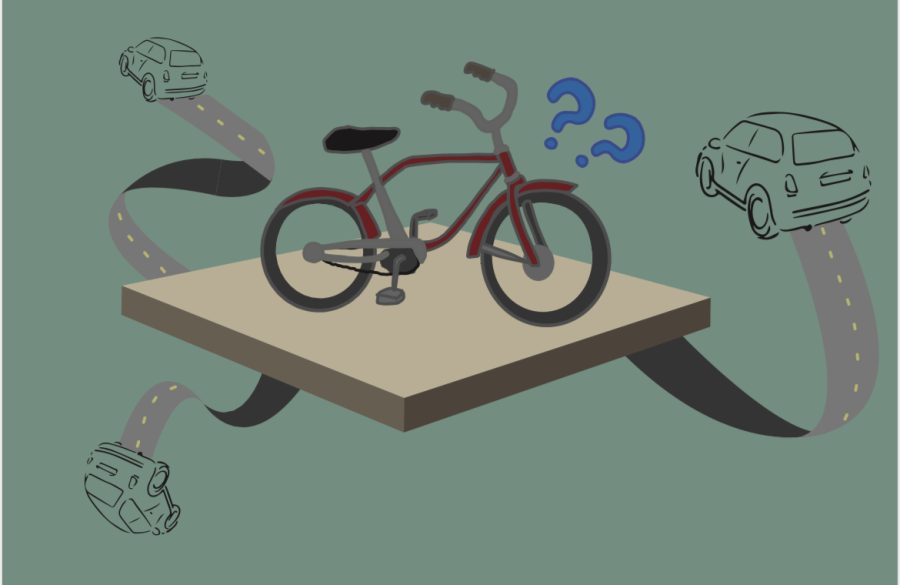 Burlington needs to prioritize bikes as a form of transportation.

Burlington allocated $1.5 million to bike and pedestrian improvements around the city in their 2022 fiscal year budget, according to a June 29 Burlington Free Press article. These include new protected bike lanes on North Champlain Street and a new rotary on Shelburne Road.

To analyze this funding, I looked at funding for a similar project in Portland, Maine.

Burlington’s funding falls short of the $2 million Portland, Maine spent on its pedestrian and bike friendly infrastructure, according to the fiscal year 2019-2023 City of Portland Capital Improvement plan.

Portland’s $2 million comes with a comprehensive plan to improve roads, sidewalks and trails around the city.

While Burlington has plans to improve its bike and pedestrian safety, it still has a long way to go.

Countless roads in Burlington have potholes, road debris and other hazards that make them dangerous for cyclists. I don’t want to hit a deep pothole on Pearl Street and spill into busy traffic.

When Colchester Avenue splits into two lanes, right to East Avenue and left toward Winooski, cyclists have to use the middle of the two lanes and don’t have a proper place to stop at the red light.

I’ve had some seriously close calls at this intersection, including a campus bus pushing me off onto the grass. As a cyclist, I am left in limbo sitting in the middle of traffic.

Burlington provides bike road lines as a solution to bike safety. Although painted bike lanes help, they do not make the roads completely safe for bikers because the road design still isn’t accommodating.

The painted bike symbol on the road doesn’t account for the crumbling, narrow streets people have to ride on.

Local Motion, a bicycle advocacy group working towards a more bike- and pedestrian-friendly Burlington, began advocating for bike and pedestrian safety in 1999, according to the Local Motion website.

This organization has seen  success in implementing bike friendly infrastructure, inspiring Burlington residents to hang up their car keys for a greener way of commuting.

Students should support advocacy groups like Local Motion that work toward action in more infrastructure for bikers.

As Burlington continues to grow, with increased student enrollment at UVM each year and new businesses popping up in the surrounding area, the City needs to make bike safety a priority to keep carbon neutral commuters safe.