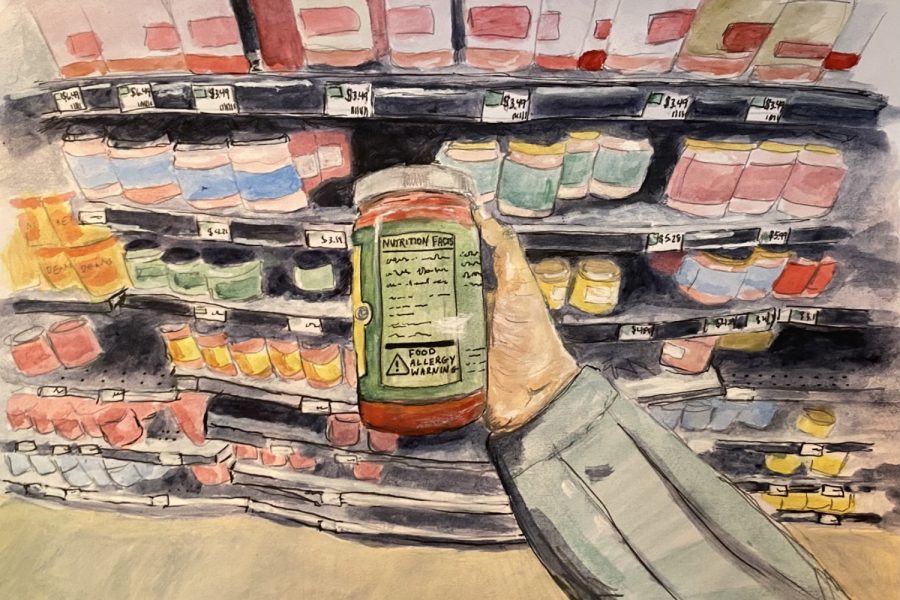 A new Act implemented by Congress this month should have made the lives of people with food allergies safer and easier.

The Food Allergy Safety, Treatment, Education and Research Act went into effect on Jan. 1, according to the Food and Drug Administration.

The Act added sesame to the list of top nine food allergens that must be declared on packaged foods, according to the FDA.

Despite the intentions of this Act to create safer food allergen labeling for people with sesame allergies, companies are using it to save money by intentionally adding allergens into foods that were previously safe, according to Food Allergy Research and Education.

Food companies bypassing the FASTER Act are unethically jeopardizing the safety of their customers. Prioritizing customer safety should always be paramount, as it benefits both people with allergies and the reputations of the brands themselves.

The FASTER Act changed the previous voluntary labeling standard for sesame, where it was up to the company to decide whether they included this warning, according to a Dec. 29, 2022 CNN article. Now, sesame must be labeled in common wording, according to the FDA.

Required labeling of sesame is a huge win for people, like me, who have this allergy, as we now no longer have to play a guessing game to determine whether we will be sent to the hospital because a carefully-read label left it out.

Facilities where cross-contamination with sesame is possible are now also required to create procedures to properly sanitize their production lines, according to a Dec. 19, 2022 Reed Smith article.

Those of us with sesame allergies thought our lives would be much safer with the passing of this legislation. However, many companies have decided to do everything in their power to avoid the effort of abiding by these new regulations.

Brands, such as Wonder Bread, Nature’s Own, Wendy’s, Olive Garden and Chick-fil-A, are now adding small amounts of sesame to their products in order to bypass the requirement of keeping their facilities clean, according to a Dec. 20, 2022 Allergic Living article.

“Unfortunately, we are disappointed and concerned that many baking companies are intentionally adding sesame flour to their products, even those that did not previously contain sesame, to avoid the cost of cleaning their lines,” said a representative from FARE in the Allergic Living article.

Instead of making food safer and more accessible, brands are turning the FASTER Act into a tragic nightmare for people with allergies. Items like bread have become an almost impossible commodity to find without sesame, and options for allergy-friendly restaurants are rapidly dwindling.

I had been a dedicated ​​Freihofer’s bread customer since elementary school. However, in October, I noticed a small amount of sesame had been added to the end of the ingredient label.

After scouring the grocery store for a bread that could measure up to my tried and true Freihofer’s Italian bread, I realized I couldn’t find an option that didn’t have this warning.

For the past several months, I have resorted to solely eating King’s Hawaiian rolls, which are amazing, but are not the same as a regular loaf of bread. I haven’t been able to find any other safe options.

I have also had to stop eating at many of my favorite restaurants. McDonald’s is now the only fast food I trust, and even they are a risk, according to Spokin, a food allergy resource for finding safe products and restaurants.

Having struggled with disordered eating in the past, I am in constant worry that more of my safe foods will soon become dangerous. The careless actions of these brands have limited me even more than I already am.

There are an estimated 1.5 million people in the U.S. with a sesame allergy, according to a May 14, 2021 Forbes article. This number has been rapidly increasing over the past decade.

Brands neglecting to care about allergy awareness will be losing the business of people who can no longer eat their products, not to mention their families and those who may boycott them due to their actions.

Instead, these people will turn to other brands that practice allergy awareness in their policies and create safe products that people with allergies do not have to worry about.

While they may have saved money to begin with, the unethical actions of these brands will lose them the respect of those with allergies, and ultimately the money of the more than one million people who are specifically allergic to sesame.

For people navigating these new changes, Spokin has put together a list of updated brand policies regarding sesame in bread products. This has been very helpful for me to know whether I can continue eating my favorite foods.

Brands on this list that are taking responsibility for the safety of people with allergies are ones that should be supported, not those acting carelessly and making our lives more difficult.

Brands that have neglected to care about people with allergies need to face repercussions to show them that practicing allergy awareness pays off.

The FASTER Act was signed into law by President Biden in April 2021, according to the FDA. With an almost two year gap between the signing of the law and its implementation, companies had more than enough time to figure out a plan that would work for everyone.

The Act requires a Congressional report 18 months after its implementation, which will include “the federal government’s efforts to improve safety, treatment, education, and research related to food allergens,” according to an April 15, 2021 Hogan Lovells article.

The effects of this Act on those with sesame allergies should be included in this report. Congress should call out these companies for skirting around the intentions of the Act and making the lives of those with allergies more difficult.

Congress needs to take action to ensure companies change their policies to help people with allergies like the FASTER Act intended.

FARE’s website includes a resource to write to your elected officials to close the loophole in the Act. This is a great way to make this issue known to Congress so the issue can be corrected.

People with allergies deserve safety and options. We cannot keep limiting our diets down to nothing to accommodate the pockets of billion-dollar corporations.