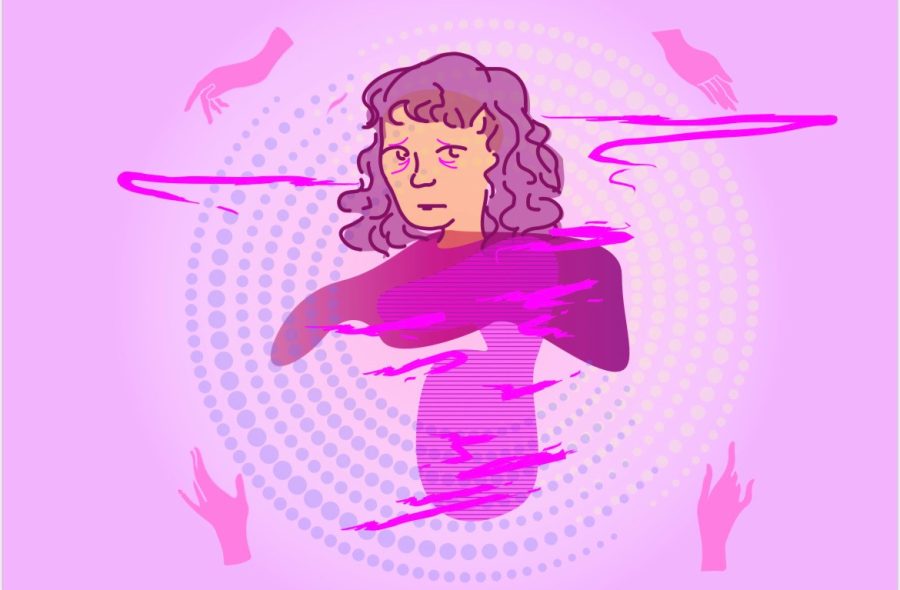 Internalized misogyny is limiting self-expression and confidence in women

When I was a little girl, I would never shut up.

I knew about 50 words around the age of one and had a habit of using them frequently. At four, my favorite word was “why,” and my least favorite phrase was “because I said so.”

I was first called “bossy” when I was five during a playdate. I remember going home to ask my mom what it meant. It wasn’t a word I liked.

I caught on quickly to the fact that girls weren’t allowed to be loud and bossy—that was a role reserved for boys.

When boys were assertive or opinionated, they were praised for their dominance, masculinity and budding authoritativeness. When I exhibited these exact same traits, I was shunned as an annoying girl with “attitude problems.”

Despite knowing 50 words by the age of one, it took 12 years to learn how to talk again.

Today, the effects of misogyny are discussed on a broad societal and political scale. However, throughout their lifetime, women are bombarded by subliminal messaging that suggests their inferiority to men. This messaging covertly manifests itself into a deeply rooted internalized misogyny that suppresses self-expression and confidence.

By definition, internalized misogyny is “when women subconsciously project sexist ideas onto other women and even onto themselves,” according to a Nov. 16, 2018 article from the University of Missouri-Kansas City.

This process starts taking effect at a jarringly young age.

By the age of six, young girls were more likely to think their male peers were more suited to “really really smart” activities than their female classmates, as revealed by a Jan. 27, 2017 Science article.

This lack of self confidence trails throughout a woman’s lifetime.

When applying for a promotion at Hewlett-Packard, women felt they had to meet 100% of the designated requirements while their male counterparts felt they only had to fulfill 60%, according to an April 28, 2014 article from Forbes.

Personally, I have found that a lack of self-confidence in my intellect has prevented me from offering my opinions in class discussions out of fear of being judged, wrong, or, worse yet, ignored and talked over.

This lack of self confidence in girls is highly dangerous, as they will grant themselves value by subscribing to what society deems as an ideal woman. In a world overrun with sexism, this means women are reduced to their physical appearance.

Thirty-five percent of women deemed “physical attractiveness” as the most socially-valued quality a woman could possess, according to a Dec. 5, 2017 report by the Pew Research Center.

Due to this societal pressure, I have spent the majority of my adolescence under the microscope of self-objectification.

In my experience, internal objectification is comparable to having an outside viewer conduct your behavior into being the “ideal” woman. This constant scrutiny has shamed me for how I look and has prevented me from sharing my opinions or pushing against authority.

When I received unwanted and inappropriate attention from men, I felt devalued as a person, but whole in the eyes of my own objectification.

My internalized misogyny enjoyed that I had value, not to myself, but in relation to men. And in the end, isn’t that what being a woman is all about?

Objectification theory explores how women are vulnerable to internalizing outside perspectives into a dominant view towards themselves. This constant monitoring of their appearance and behavior can lead to anxiety, stress, shame and disordered eating, according to a July 28, 2006 Psychology of Women Quarterly article.

Internalized misogyny can also present itself in other ways. Specifically, women “othering” themselves from any stereotypically feminine trait that has been demonized or classified as cliché.

The act of disowning other women is a sacrificial attempt to save oneself from social scrutiny, as explored by a June 23, 2016 Atlantic article.

However, this is one of the many ways internalized misogyny limits authentic self-expression.

Women’s interests are often turned into stereotypes and categories. The “dumb blonde” and the “basic bitch” are just a few examples. These stereotypes are a form of passive objectification because they deny women the dimensionality of personhood.

This demonization of femininity is largely enforced through the depiction of women in the media. Hyperfeminine “mean girls” are a media trope that enforces commonly believed stereotypes held against women. These “girly girls” are typically classified in four ways: the two dimensional airhead bimbo, the self-absorbed gossip, the slut and the backstabbing jealous bitch.

Ascribing these unsavory and stereotyped characteristics to hyperfemininity inherently demonizes any “femine” trait.

To reject this, many girls go through a “tomboy” phase where they refuse to like the color pink, or swear off female friends because “women cause too much drama.”

In other words, they fall prey to the “I’m not like other girls” epidemic.

This is defined as “a woman who considers herself unique because she does not fit into the narrow, stereotypical view of womanhood,” said Antonina Stępak in an April 2021 TEDxYouthTalk.

Subscribing to the “I’m not like other girls” narrative can foster a false sense of individuality through projecting the narrative that the majority of “other women” are vapid and shallow.

Liking any typically feminine thing was yet another aspect of my personality I spent much of my life denying.

I have many interests that would stick me somewhere in the “basic bitch” category—I love a good rom-com, Taylor Swift has been my top Spotify artist for three years straight and you would never catch me skipping out on a Starbucks run.

However, it took me a while to learn that these typical “female” interests do not deny me the complexity of being a human.

The work of continuously fashioning oneself to be digestible towards society is a struggle that I and countless other women are continuing to grapple with. Misogynistic sentiments are deeply ingrained into the fabric of society. However, internalized misogyny is a byproduct that is often dismissed.

I believe internal repair starts with awareness, conversation, self-reflection and the whole-hearted acceptance of one’s self and interests.

Although it took me many years of fighting my own subconscious stigmas to finally accept myself, the voice of internalized misogyny has finally quieted, and I can be heard again.