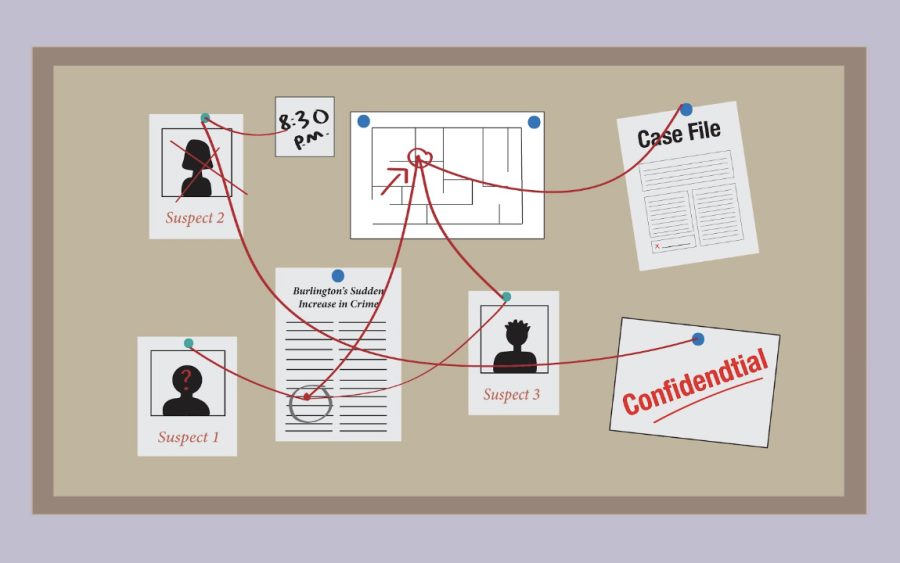 For visitors from the suburbs of Boston or the outskirts of Philadelphia, Burlington may seem like a carefree place where people can let their guards down.

While it may have been that way for years, Burlington has begun to feel a little bit more like a real city and less of a small town. Burlington saw an increase in crime this summer, according to a Sept. 7 article from WCAX.

The third homicide of the summer happened Labor Day weekend downtown in City Hall Park. A 32-year-old man from Philadelphia was shot and killed early Sunday morning, according to a Sept. 4 Seven Days article.

For many of us who were downtown enjoying the Burlington bar scene the night of the murder, seeing police taping off the park right in front of popular bars was jarring.

Many people at the time were too intoxicated to notice or care, moving around the scene unbothered about what had happened in the adjacent park.

Of those 23 incidents this year, three of them have resulted in fatalities, according to Burlington Police Public Records.

Though many consider Burlington a safer city than Boston, the murder rate in Burlington is almost double that of Boston.

Employees from hotels downtown have expressed concern over people entering establishments to steal things. Over the summer while I was working at the downtown Hilton Garden Inn, two bicycles were stolen from the main lobby.

The crime spike isn’t just in violent crime, it’s also quite apparent in property crime. Burlington property crime is on the rise with 100 burglary incidents reported this year—up from 61 reports in the same time frame last year, according to Burlington Police Public Records.

Burlington’s property crime should be a major concern. When compared to U.S. cities of similar sizes, Burlington’s rate of property crime is 25 per 1,000 residents, which is higher than the national average, according to Neighborhood Scout, a community analytics and forecasting site.

Recently, many college students have been victims of bike theft and car break-ins, according to a Sept. 1 email from Michael Schirling, UVM’s Chief Safety and Compliance Officer. Nearly $267,000 worth of bicycles have been stolen in the Burlington area since June 1st, according to the email.

The email recommends using high security locks and keeping bikes in a secure area if possible.

Schirling’s email also recommends that students register their bikes with Bike Index, a registry that uses a community-based system to help identify stolen bikes and reunite them with their original owners.

Along with this, staying in groups while wandering late at night is also a good way to stay safe. Avoiding unnecessary contact with strangers is recommended by schools in larger cities, like the University of Chicago.

When enjoying the semester and appreciating what Burlington has to offer, make sure to do what you can to stay safe and trust your instincts.