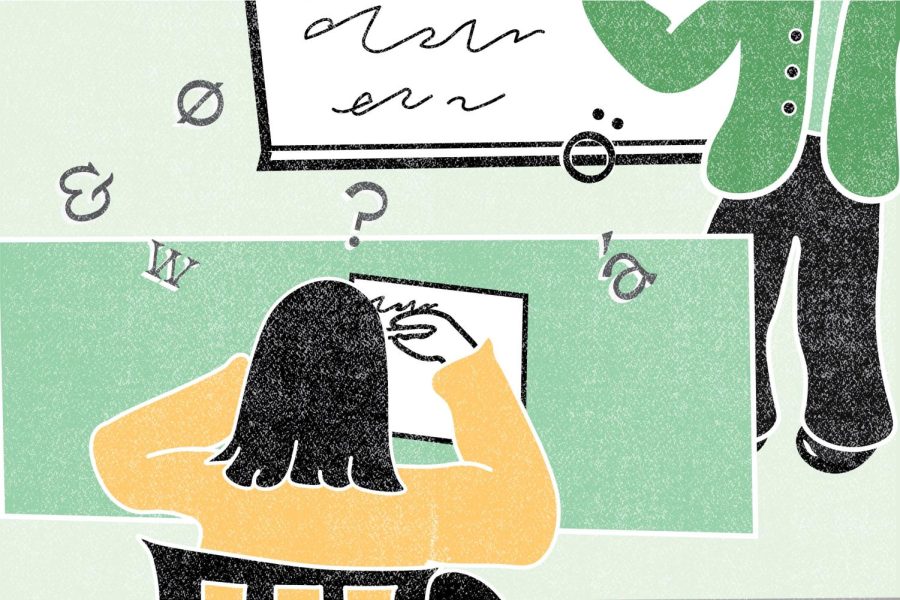 I speak Brezhoneg, which has 500,000 speakers today, according to Encyclopedia Britannica.

As one of few speakers worldwide, I am always looking to find others who know the language, and this was no different when I came to UVM.

Brezhoneg is an ancient Celtic language native to the province of Brittany in northwestern France, where my father’s family is from.

After finding no better way to connect with other Brezhoneg speakers on campus than asking around myself, I decided to look further into the language programs at UVM and was dismayed at what I found.

Omitting Latin and Hebrew, every other language on that list has at least 13 million speakers, according to a Feb. 15, 2020 VisualCapitalist article.

UVM is currently considering cutting down this already short list even further, according to a Dec. 3, 2020 VTDigger article.

On Dec. 2, 2020, the College of Arts and Sciences proposed cutting 12 majors, including Latin, Greek, German and Italian, according to the same article.

UVM can do better than this, and the blueprint for improvement already exists at the University of Connecticut.

UConn’s language program offers the instruction of languages outside of their normal major and minor programs, according to their literatures, cultures and languages website.

These additional languages include Greek, Farsi and Irish, and can be taken to meet the University’s foreign language requirement.

Having a class, or simply resources, in Brezhoneg at UVM would be amazing, and would make me feel like the University prioritizes embracing people of all backgrounds.

This is especially unacceptable for a University that prides itself on diversity.

“A distinguished university, particularly one that is a public land grant, must be accessible and inclusive to all who can positively contribute to and excel at the institution, regardless of individuals’ backgrounds and circumstances,” UVM’s official diversity statement stated.

This message, however, doesn’t ring true when the campus clearly lacks resources for those who have different backgrounds and circumstances when it comes to languages, especially minority ones.

For UVM to keep its promise of diversity and inclusion, a program for lesser-spoken languages must be made.