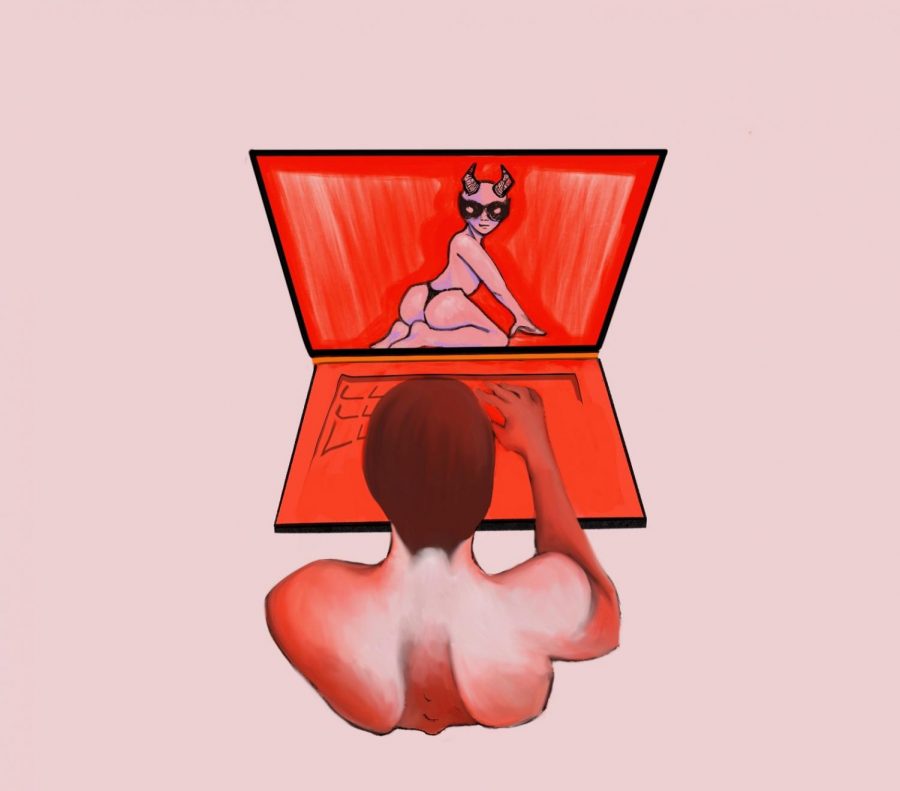 OnlyFans ability to ban and repeal sexual content is dangerous

OnlyFans is a subscription based service that offers content creators a platform to sell video content. They announced that they were banning explicit content according to an Aug. 19 Bloomberg report article.

Less than a week later, the company suspended their ban.

“Thank you to everyone for making your voices heard. We have secured assurances necessary to support our diverse creator community and have suspended the planned October 1 policy,” in an Aug. 25th tweet.

OnlyFans’ original decision and subsequent repeal are dangerous for the safety of sex workers.

The 18th Amendment prohibited the manufacturing, sale and transport of alcohol, according to the U.S. Constitution.

Drinking didn’t stop, and the ban only made the black market for liquor more lucrative. One thousand Americans died each year from drinking tainted alcohol, according to a PBS article.

Prohibition was effectively a failure of those in charge trying to control people’s actions; OnlyFans might’ve foreseen a similar fate and thus decided to repeal their ban.

Still, it goes unspoken that the sex workers on OnlyFans are in danger.

This ban came without warning to the content creators on the app, causing several of them to panic while trying to find a new platform.

“Tell them that you added in the TOS [terms of service] that u don’t have to give us a warning when you change the TOS so that ‘suspending’ it makes u look like a good guy when you pull the rug from under us” stated @hawkhatesyou, an OnlyFans’ content creator, in an Aug. 25 tweet.

OnlyFans has over 2 million creators, according to an Aug. 19 Verge article.

This is not the first time the app announced a wide-scale change. OnlyFans banned public sex acts in a silent policy update, according to a March 18 Insider article.

“We should all be suspicious of the word ‘suspended’ and continue to build up pages on backup platforms. As [sex workers], we are never truly safe anywhere we go,” said Youtuber and OnlyFans content creator Lena The Plug in an Aug. 25 tweet.

Banning content without consultation is an untrustworthy practice for a brand.

Writing in their terms of service that the company can change any term without warning is extremely destructive to sex workers.

Traffic on Tumblr decreased by 21.2% in the first year of the ban, according to a Dec. 2019 Atlantic article.

OnlyFans should never ban or threaten to ban explicit content for the business’ own interest, especially as this would purge the site of their core creators.

If sex workers are not online, they would be in person, which hosts other dangers.

According to an Oct. 21 2008 National Library of Medicine article, 82% of adults in prostitution that were surveyed that year had been physically assaulted.

Working online limits in-person interactions with customers that can turn violent and give sex workers a feeling of safety they may not get elsewhere.

OnlyFans is successful because it creates a safe and profitable environment for sex workers.