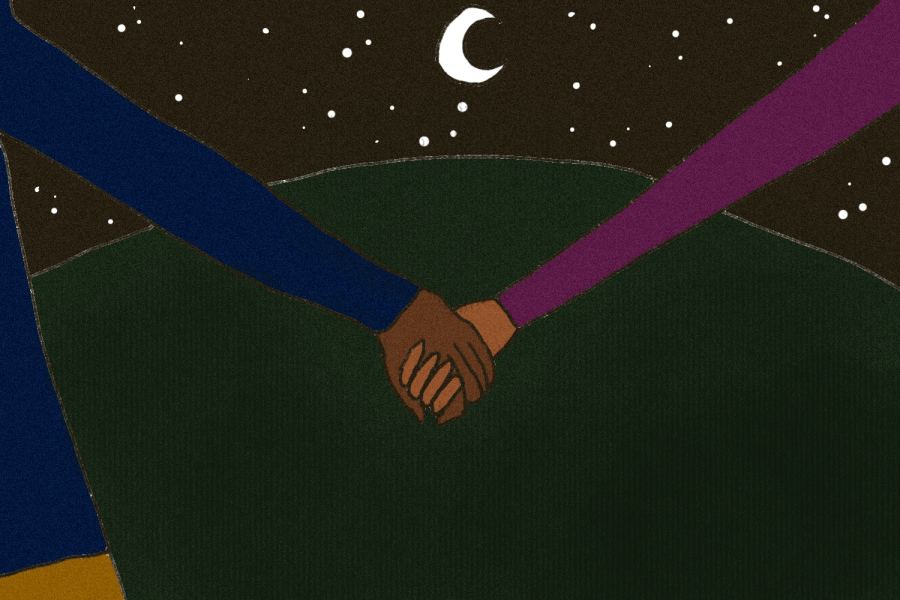 Sneaky sex is better, it’s as simple as that.

Whether it’s because of the risk, the effort and ingenuity, the connection to nature or even due to its unique ability to create comedic stories, sneaky sex stands out.

It is important to note that I attended a boarding high school, which means a lot of my experiences with sneaky sex are likely different from the ordinary person’s.

People at my school were not sneaking behind their parents’ backs—rather, it was the residential staff who supervised us that we had to be careful of. There were curfews and nighttime checks, and it was prohibited to go into the opposite gender wings.

Under these conditions, sneaking was simply necessitated. Still, in spite of the inconvenience, a sense of risk or danger goes a long way toward making almost any activity interesting.

Riskiness is what makes activities like capture the flag, reading books and watching action movies more fun, and sex is no exception.

This is the reason why gambling can be addictive to the point where it becomes as harmful as drug addiction, according to a June 2017 World Health Organization discussion paper.

Sneaky sex is one of the best ways to create a sense of danger. Keeping low to avoid being spotted while finding somewhere private is fun. It is a long, drawn-out, nerve-wracking kind of foreplay.

Sneaky people are forced to freeze at footsteps or nighttime sounds. These moments are tense and suspenseful, and it’s hard to know when it is actually safe again.

Accomplishing something difficult can give you a short mood boost, according to a May 28, 2019 New York Times article. When people engage in sneaky sex, they often have to put in some effort to pull it off.

This effort could take the form of noting problematic security cameras beforehand or planning a location and way to get there.

Sometimes, this problem-solving requires ingenuity instead of just straightforward planning. Perfecting sneaking gives these naughty ninjas something to be proud of when they succeed.

Sneaky people are often forced to have sex outside, as it is generally easier to find somewhere with a sense of privacy in the woods than it is in a house or dormitory.

There are no roommates outside, no one to hear any noises and no one supervising you. While sometimes this creates less-than-ideal conditions, it also forces participants to be in nature.

Sneaky sex goes hand-in-hand with romantic activities like camping and star watching, which are often overlooked. By creating these shared experiences, it is ensured that sexual activity does not entirely overshadow the romantic aspect of any connection.

Romance is part of what makes a fulfilling relationship, and is commonly lost in the college dating scene, according to a July 2, 2014 article from The Atlantic.

In my personal experience, these times in the woods force meaningful connection. There was something deeply satisfying about fighting off the January cold in the woods with another person.

Sneaky sex also has a unique ability to create funny stories. If there is an obstacle, people will go to extreme, comical lengths just to have sex.

In the woods near my boarding school, there were multiple structures constructed by students to help with all sorts of prohibited deeds.

One particular shelter featured a foundation made of tires, a plywood floor, a metal frame and canvas for walls, and was complete with lights and windows. Someone likely spent hours constructing and perfecting this hidden sex fortress.

Other stories came to be when sneaky people were not sneaky enough or did not cover their tracks. Tales include residential staff spotting footprints on the roof as well as finding an igloo containing condoms and a pan of burnt coals. I find few things funnier than the fact that teachers had to demolish this igloo in the middle of January.

Sneaking around to have sex has obvious benefits. It ups the ante by adding risk, can potentially improve your connection with a partner and creates funny, memorable stories.

Still, necessitated sneaky sex—despite its virtues—is fleeting. Most people in college are already past the point where sneaking is necessary. While I find this saddening, it is still beneficial for people to continue having sneaky sex in spite of the lack of constant need.

When there is a roommate lingering, take it to Centennial Woods. There is value in slinking onto rooftops or into basements. It is important to not lose touch with our sneakier selves.