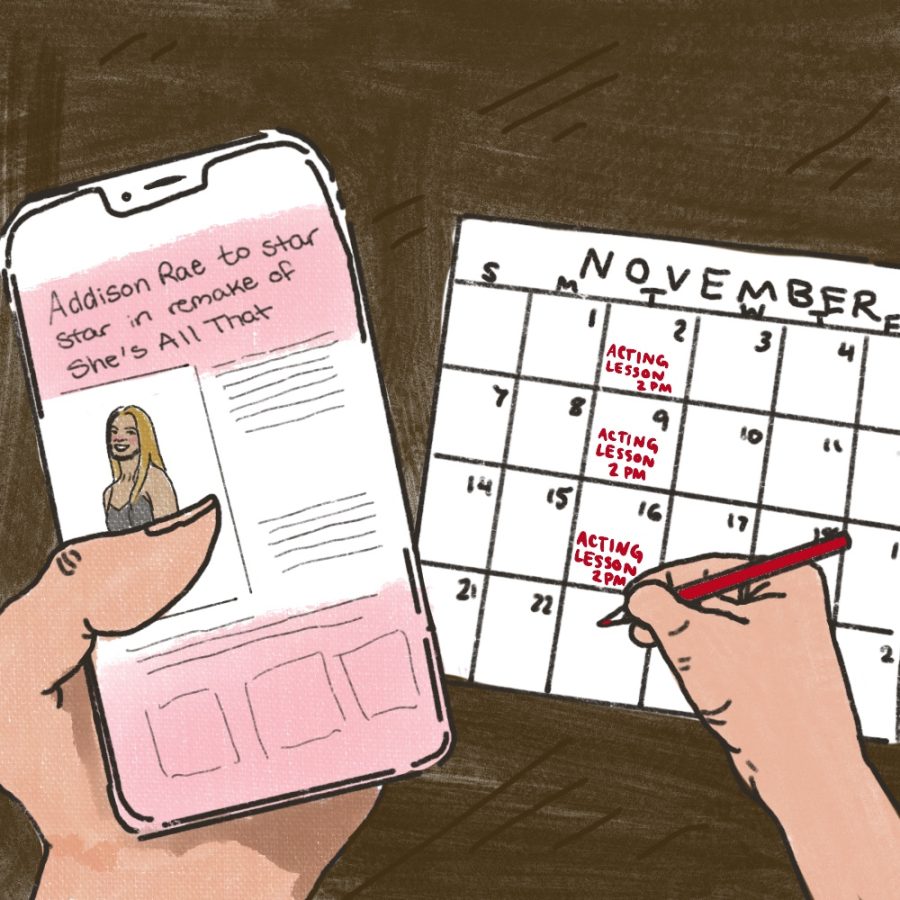 Something that recently bothered me since the release of TikToker Addison Rae’s “He’s All That” movie is the casting of TikTok stars in shows and movies.

TikTokers who became famous often branch out to exploring other talents such as those in the music industry or movie industry.

After I watch movies or shows that star TikTok influncers, I realize they aren’t talented. The movies that the TikTokers act in are awful, due to the acting.

If this movie starred a trained actress, it could’ve lived up to its hit 1999 predecessor “She’s All That.”

Despite being close in rating, I think the 10 point difference comes from the lead in one movie being a TikTok star and the lead in the other being a trained actress.

Since influencers are already in positions of power and money, opportunities are often just handed to them and many of them don’t have to work to achieve their goals, which bothers me most.

Those in the acting industry who went through acting classes worked to make a name for themselves, and those who already have a platform and success take their spots.

Influencers on TikTok shouldn’t have the ability to become actors instantly without any preparation just because they are famous figures.

It’s unfair to those who are trained in acting and it also results in bad quality movies.

Watchers should focus on supporting actors and actresses who have worked hard and trained to be at the positions they are at, instead of supporting those who are given opportunities because of their platform.