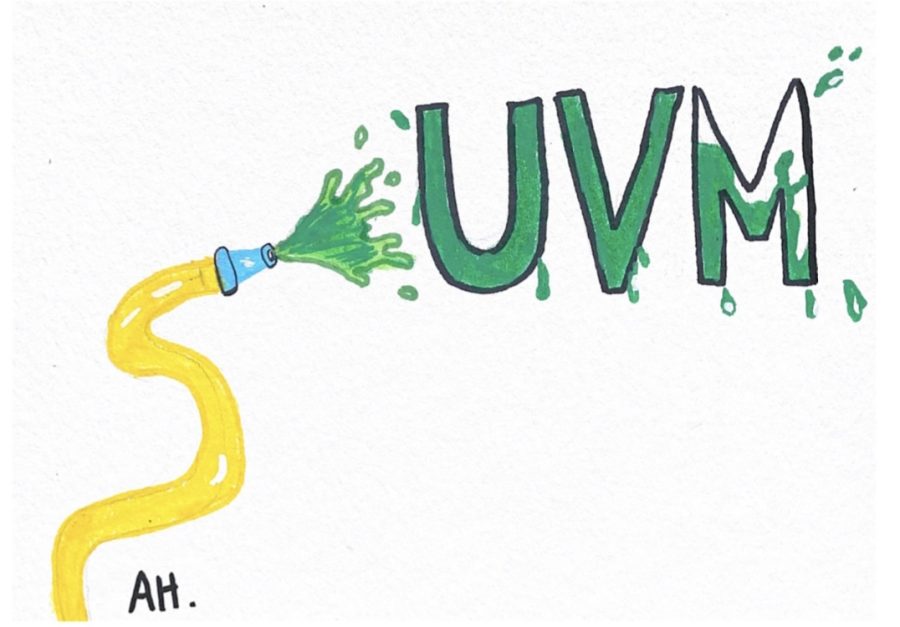 I love how green Vermont is.

From the Green Mountains to state-wide composting initiatives seen in Vermont’s Act 148, Vermont has a lot of qualities that make it the No. 9 best based on natural environment, according to U.S. News in 2019.

However, Vermont’s reputation for being environmentally progressive falters when considering inaction on climate change.

Vermont’s legislative goal of greenhouse gas emissions decreasing to 25% below the 1990 emissions by 2012 never came to fruition, according to a Jan. 29, 2019 VT Digger article.

Instead, emissions in Vermont are up 16% from the 1990 levels, according to the same VT Digger article.

Vermont’s average temperature also rose by two degrees Fahrenheit since 1990 and is projected to potentially increase nine degrees by 2100, according to the Vermont Climate Assessment, a 2021 state-wide climate study.

Two degrees Farenheit seems like a small number, but it greatly impacts the environment, according to the study.

It causes shorter and warmer snow seasons. It causes the destruction of natural habitats for Vermont’s flora and fauna. It causes  a reduction in consistent maple syrup production due to sporadic freezing and thawing cycles, according to the study.

Everyone in the state will soon feel the impacts of a two degree rise in temperature.

This includes UVM and the greater UVM community.

UVM failed to meet its goal of being thermal energy carbon neutral by 2020, according to an Oct. 27 Cynic article.

The University launched a new sustainability plan on Oct. 18, with the goal of climate neutrality pushed back to 2025.

The University’s goals cannot be trusted based on its track record.

If Vermont and UVM want to claim being environmentally friendly and sustainable, it’s time for more environmental goals to be hit and fewer timelines to be pushed back.

Vermont and its population, especially at UVM, should focus more on finding ways to improve our environment by putting more work towards their sustainability goals and less towards maintaining face.

What matters most in the fight against climate change is not legislation with goals, it’s the actions taken by those in positions of power to prevent and mitigate climate change.

By continuing to push back timelines, Vermont and UVM are pushing back the stability of our environment.

UVM and Vermont need to stop neglecting the climate and put in effort toward their climate goals.