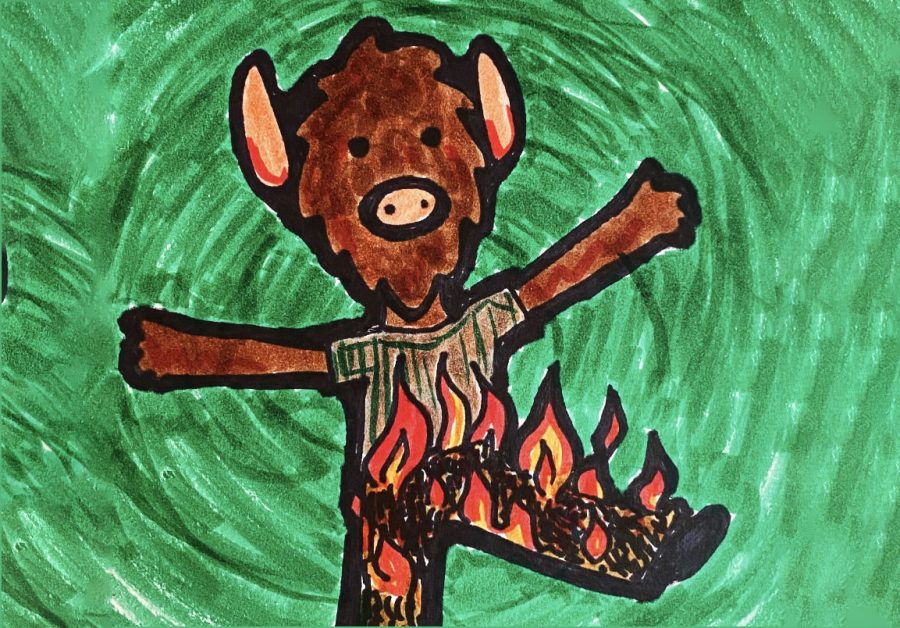 The misinformation students spread on Yik Yak is dangerous.

Yik Yak is a social media app where users can anonymously interact with anyone on the app within a five mile radius, according to the app website.

Every once in a while, people post obviously false experiences or stories for comedic effect, saying they caught Rally Cat making out with UVM President Suresh Garimella, or saw a deer eating at the Grundle.

However, occasionally, there will be a more serious and sinister lie.

This single post caused rumors to spread all night, with users posting condolences and looking for more information on the incident.

Some even claimed to have received a CatAlert or email from the school about the situation.

After frantically searching for any CatAlerts or emails from the school, I realized it was fake.

The insensitivity of starting fake rumors such as this cannot be understated, and the emotional and psychological damage it can cause to those who come across them is painfully real.

Fake news is not limited to Yik Yak, it is also prevalent in other forms of social media.

“At its core, we are defining ‘fake news’ as those news stories that are false: the story itself is fabricated, with no verifiable facts, sources or quotes,” the University of Michigan library research guide on fake news stated.

To test out how easy fake news can spread, I decided to take matters into my own hands.

At 4:20 p.m. on Feb. 23,  I posted on Yik Yak that actor and worshiped idol among UVM students, Jeff Goldblum, was on Church Street.

This post, while being completely false, garnered comments of people claiming they had seen him too, and asking for information about exactly where he was.

“OMG BRO I SEE HIM WTFFFF,” stated one comment on my Yik Yak.

Similar comments began to appear almost instantaneously after the post was made public.

When it was all said and done, the posts and their comments amassed dozens of likes, and proved how easy it truly is to get people to believe something completely made up.

I want to love Yik Yak.

Its sense of community is like no other and it truly makes me feel like I am a part of something bigger here on this campus, but the direction it’s heading in is simply not a path that I can follow.

Students need to stop believing in fake news and bring Yik Yak back to the community building social media app it was meant to be.