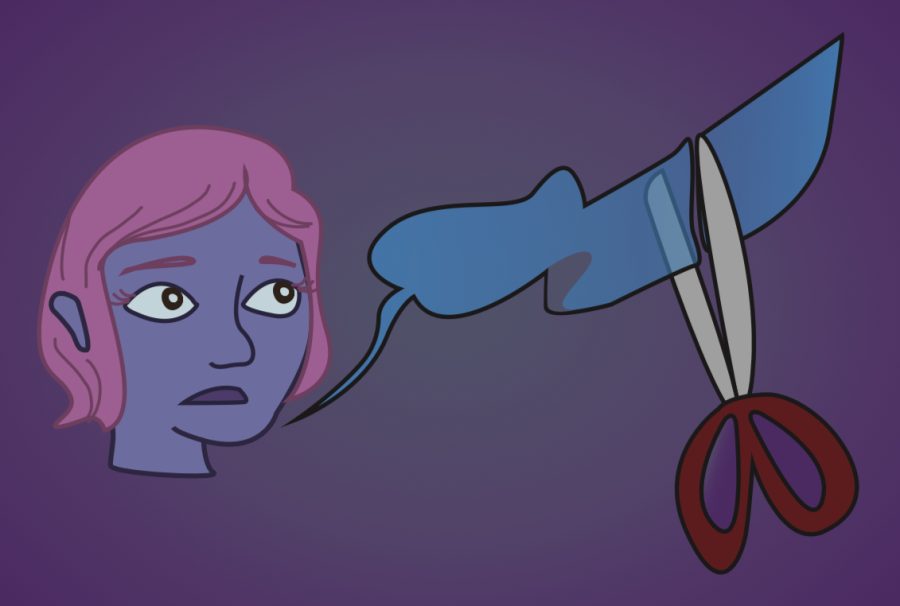 If you were one of my classmates between kindergarten and fifth grade, you probably would have known me by only one word: bossy.

By eighth grade, that one word morphed into a much more direct description of my speaking style: bitchy.

Every time I tried to talk in front of the class or attempted to contribute an idea to a group project, I was confined by a label I never heard applied to my male counterparts for engaging in the exact behavior I did.

I eventually came to terms with the reality of my situation: I was being ostracized for not adhering to the language restraints I was expected to mold my speech into, or more straightforwardly, for not talking very “lady-like.”

I was unaware that women’s speech was even viewed as inherently different from men’s, and I did not feel especially inclined to propagate my own oppression by changing how I spoke to fit the worldview of a middle-aged man.

These baseless assumptions about women’s speech habits have an exhaustive history, with misinformed academia dating from the 1920s unreasonably determining “the vocabulary of a woman as a rule is much less extensive than that of a man,” according to linguist Otto Jespersen in his 1922 book “Language: It’s Nature, Development, and Origin.”

Clearly, this is a stereotype stemming from deep roots the patriarchy and misogyny have entrenched in our society.

Although no one, regardless of age or gender, could write what Jespersen did in 1922 today without getting “canceled,” developments in young women’s speech that stem from their flourishing personalities receive plenty of backlash.

When the most used word in my vocabulary became “like,” critiques on my speech only amplified with nearly every interaction I had with someone over the age of 40.

Apparently, I was committing the most heinous language crime. Unbeknownst to me, using “like” was so distracting that no one even bothered to try and understand what I was saying.

Young people, especially young women, are perceived as using “like” as a filler word more often than men. The study also noted that use of the word “like” was linked to an assumption that the speaker is less educated, according to a 2000 study from the Journal of Sociolinguists.

It is unfair for one word in someone’s register of speech to dictate their perceived education level. This only furthers the age-old stereotype that women are not as smart as men.

Further research shows that young women are more likely to use discourse markers in their speech, which are defined as short phrases prevalent in natural speech that do not contain any grammatical information, according to a May 2014 study from the Journal of Language and Social Psychology.

Discourse markers include words such as “like,” “I mean” and “you know,” according to the study.

The relationship between the use of filler words or discourse markers and being a young woman should not be belittled and frowned upon.

Similarly, negativity surrounding “like” can be attributed to its association with the “valley girl” stereotype, a distinctive type of speech used by teenage girls that is commonly mocked for sounding hesitant or even ignorant.

These markedly “female” talking habits actually have the capability to make our speech sound more inclusive and foster deeper connections with those we converse with.

Discourse markers can serve as personality markers, according to the 2014 study.

This way of speaking is not empty and meaningless.

Young women who tend to use hedges and discourse markers are exploring and broadening the versatility of language and incorporating it into their personalities while simultaneously advancing a more welcoming linguistic culture.

When women use seemingly purposeless conversation fillers, it can actually come across as a supportive way of listening and comprehending without interrupting the flow of conversation with a full statement.

These “empty” words don’t distract from the speaker’s point by interrupting, but instead affirm that the speaker is being heard and encourage them to keep talking.

Conversely, in male speech, exchanges usually revolve around a dominant speaker guiding the direction of conversation.

Instead of using hedges or brief affirmations, men have more of a habit to interject in full sentences, consequently interrupting the speaker and perpetuating a power struggle, according to a 2018 study from the Cogent Education journal.

When we degrade the way someone speaks, it translates as saying that we don’t care about what they have to say, or it is not valuable based on how they said it.

Instead, we should embrace these distinct language traits as signs that we are progressing into a more holistic, accepting linguistic culture.

Before you get infuriated with someone’s excess use of “like,” ask why you disdain the word so much.

You might find that you don’t actually hate the word, but that you’ve just been conditioned to be terrified of living in a world dominated by teenage girl talk.