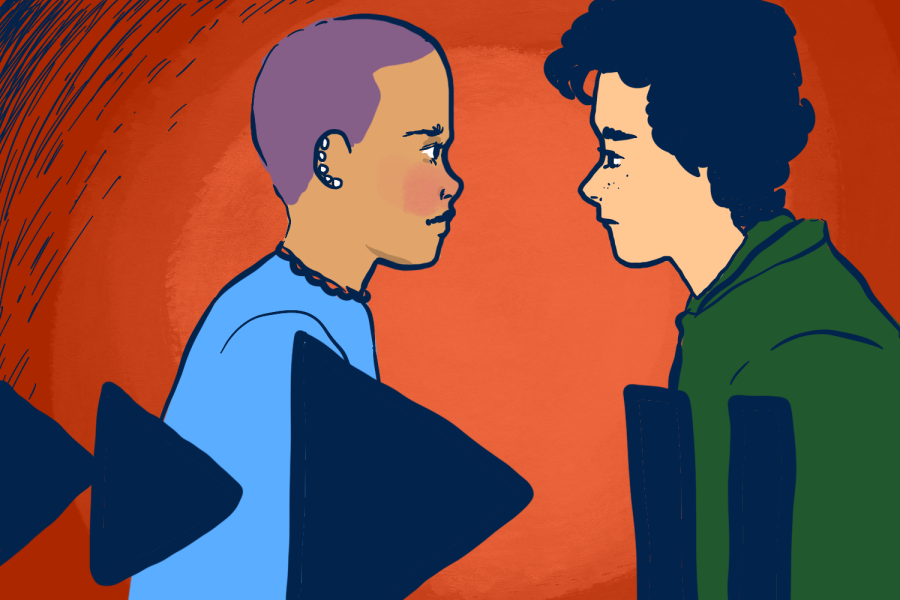 The internet has made pornography more accessible than ever, but at what cost?

In addition, research has begun to uncover the concerning psychological and physiological effects of regular digital pornography use. Because of the constant convenience and variety of digital pornography, it has been found to be especially addictive, according to The Reward Foundation.

This is in part due to the way pornography reinforces and perpetuates the cultural ideals of the gender binary. Still, in pornography depicting queer relationships, the dichotomy between “masculine” and “feminine” is ever-present.

The search for “transgender” has also risen in recent years, according to PornHub’s 2021 Year in Review.

But these kinds of websites aren’t perfect, either.

The highest-earning OnlyFans creators make $100,000 a month by posting pictures and videos of themselves online, according to an Aug. 15 article from the blog website SpendMeNot.

When teenage girls see those numbers, they’re likely more motivated to create an account as soon as they turn 18, hopeful about their odds at seeing similar rates of monetary success.

Services like OnlyFans have been grooming teenage girls en masse, working more like a pyramid scheme than a center for sexual liberation, according to a Sept. 6, 2021 New York Times opinion column titled “OnlyFans Is Not a Safe Platform for ‘Sex Work.’ It’s a Pimp.”

In addition, the need for clicks and views on these websites often encourages women to act childlike, playing into pedophilic fantasies, according to a 2020 Women’s Republic article.

One such content creator is Belle Delphine, best known for selling her bathwater, who often wears fake braces, imitating a child, according to an Oct. 8, 2019 Insider article.

Sex is a fun, natural and healthy part of life.

Open communication is essential to foster healthy sexual relationships. Both partners should feel comfortable expressing their turn-ons and turn-offs in the bedroom.

It’s important to recognize that even if someone gives their enthusiastic consent to something, they may still experience uneasiness during it.

Self pleasure and satisfaction should be valued.