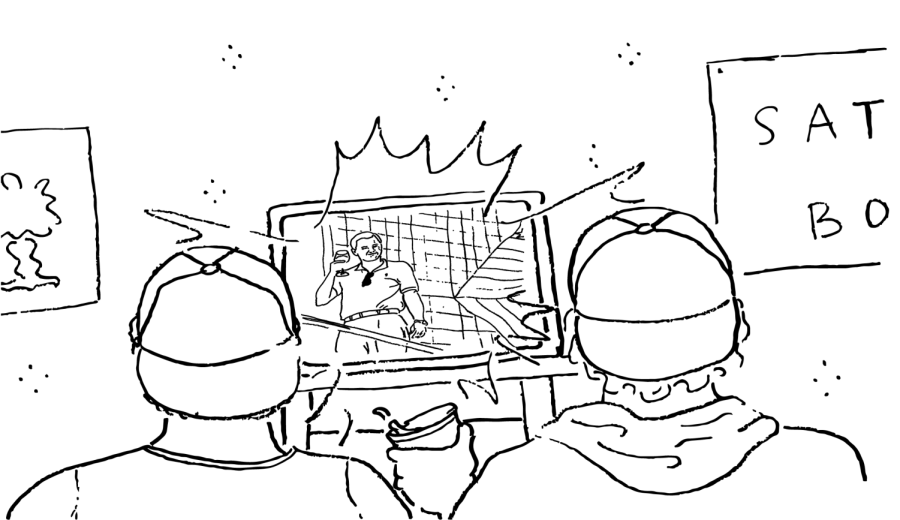 ‘The Wolf of Wall Street’ and its consequences

Jordan Belfort is not someone to emulate. Stop giving him money and attention.

Jordan Belfort is an entrepreneur and a convicted felon whose life was first described in his memoir, “The Wolf of Wall Street,” which then was turned into a movie, according to a December 2013 New Yorker article.

In a culture that consistently defends serial abusers, it’s no surprise misogynistic boys hailed Jordan Belfort as their next hero.

He is celebrated not because of any particular skill or characteristic, but because he embodies what all rich, white, suburban college guys delude themselves into thinking they are.

Belfort is beloved because of his lifestyle painted in “The Wolf of Wall Street.” A life consisting of fame, money, drugs and sex with beautiful women.

By disregarding Belfort’s blatant misogyny and exploitation of others for personal gain, Belfort’s not-so-secret admirers prove they’re willing to ignore just about anything as long as someone provides them with success or entertainment.

They love how he can manipulate women and get away with it.

They love how he made a fortune without ever doing any real work.

They love how he treats the world like it’s his own personal video game and hardworking Americans like they were born to flood his pockets.

Belfort views women as subservient commodities to be collected like Super Mario coins.

In the movie “The Wolf of Wall Street,” Belfort cheats on his first wife and repeatedly beats and rapes his second.

If that’s not enough, Belfort admitted to kicking his wife Nadine down the stairs while holding their daughter and crashing with his seatbeltless daughter in the front seat while driving high, according to his 2007 memoir “The Wolf of Wall Street.”

Belfort became an even bigger celebrity for the self-absorbed person he is due to the success of “The Wolf of Wall Street” movie.

He attends interviews for news networks like CNN and podcasts such as Barstool Sports and regularly makes public speaking appearances.

Belfort is now a social media personality with 3.3 million followers on TikTok, and the song “Jordan Belfort” by Wes Walker and Dyl was dedicated to him.

Despite the results of his previous schemes, people still buy all types of merchandise related to his company and the movie and continue to support him in his new crypto and non-fungible token, NFT, plots.

Recognize Belfort for who he really is — an abuser, a fraud and a narcissist — and stop propping him up as some genius celebrity who perfectly encapsulates man’s most primitive desires.