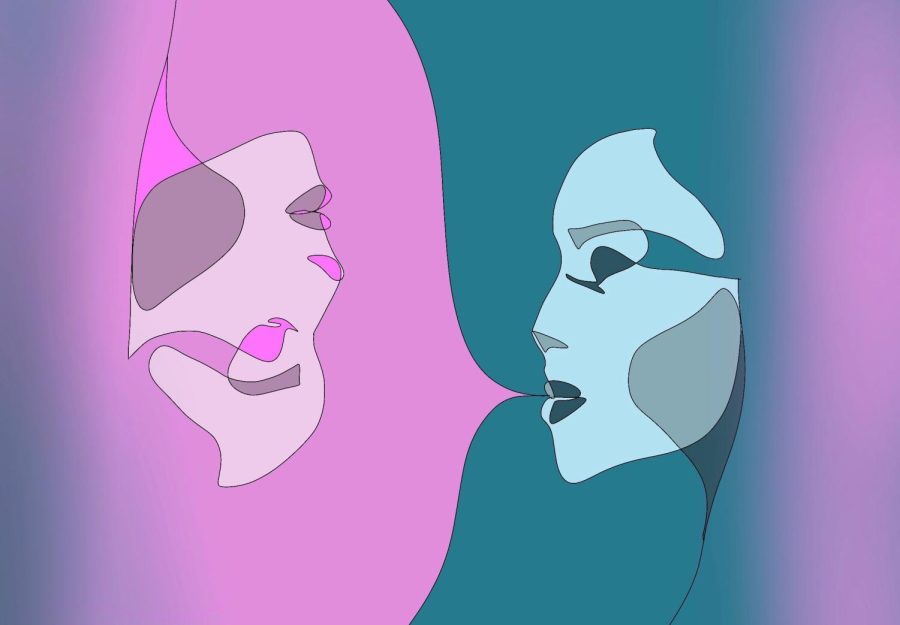 There are no winners in a trauma battle

The decision to share trauma with others is one that is complicated and challenging for those who have experienced traumatic events.

When asked to open up about my trauma, I am often hesitant to share those experiences and how they affect me, considering society’s culture of victim-blaming and disregard for mental health.

As I start to navigate new relationships and try to get to know others better, one of the most important steps in cultivating trust is to open up about defining moments in my life that shaped who I am today.

More often than not, those who I have shared my trauma with have proceeded to reveal similar past experiences or feelings, creating an opportunity to continually heal together and broaden perspectives on coping and moving forward.

However, these bonds forged out of trauma are not universally positive. Sometimes, when we choose to be vulnerable, it is attacked with a psychological arms race of “who has it worse.”

I have often found myself blindsided in such situations. Already anxious about revealing my vulnerabilities, I become completely choked up and am unable to respond to someone who is seemingly bragging about their traumatic experience.

It is not uncommon for those grappling with trauma to use unconventional devices like humor to cope, but trauma-battling crosses a key line of invalidating survivors—an unacceptable offense when it comes to sharing trauma.

I constantly try to empathize with those who feel the need to “one-up” in response to hearing shared trauma, but I often fail to fully understand why suffering is structured as a competition.

Being in the position of someone who has often listened to others’ trauma, my knee-jerk response is not to express my own experiences, but to show the most support and empathy I can to those who choose to confide in me.

I was curious about how the responses to trauma could vary so drastically, especially among parties who have both experienced it. The reasoning behind trauma-battling is usually not to belittle others, but may be rooted in an attempt to express empathy the wrong way, according to a Sept. 3, 2015 Next Element article.

Many do not even realize that they are “one-upping” and instead believe they are trying to relate and validate victims through sharing their own experiences.

Usually, one-uppers tend to overshare details of the event that happened, instead of focusing on the emotions it caused, according to the Next Element article. This takes away from the one who originally shared their story and diverts the attention of the conversation to the one-upper.

The concept of one-upping is actually much more pervasive in society than realized because it is an instinctual, animalistic response that releases serotonin, according to a May 26, 2011 Psychology Today article.

One-upping is a survival strategy, demonstrating a survivor of trauma’s response to coping with their own pain, according to the Psychology Today article.

Among forms for discussing trauma, there are also many who engage in “trauma dumping,” another toxic and inappropriate response in an environment meant for healing.

Trauma dumping refers to when someone continuously overshares their traumatic experiences with people who may not be comfortable receiving this information, according to a July 7 PsychCentral article.

Trauma dumping, similar to trauma battling, originates from the survivor lacking someone to talk to or lacking opportunity to share their emotions, according to a July 26 Health Essentials article.

This creates an unbreakable trauma cycle, where survivors are unable to properly express and cope with their emotions and unintentionally project their experiences onto others.

There needs to be a dramatic shift in how we approach triggering and emotional topics like trauma and mental illness if we are to end this torturous loop that brings no hope to past, present and future victims.

The first step is to stress the necessity of mental healthcare and increase both its availability and affordability. This will help to prevent trauma battling and dumping before it begins by providing a professional support system for survivors who do not have anyone to turn to.

I still find it extremely hurtful and invalidating when someone tries to one-up my traumatic experiences.

But, by grasping at the core complications behind trauma dumping and battling, I know these reactions don’t come from any bad intentions and arise more out of empathy than envy.

It is crucial to improve discussions about mental health so that we can put ourselves in the other person’s shoes instead of focusing on the anger or annoyance incited by a trauma battle. Then, we can extend resources to facilitate healthier and much-needed trauma dialogue.