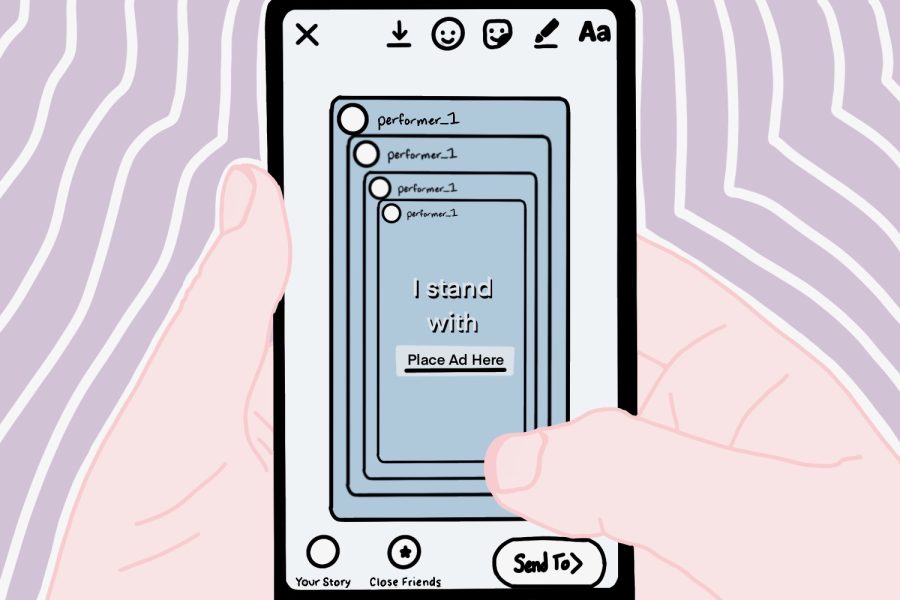 UVM has a problem with performative activism

Students, like myself, would consider themselves activists who advocate, protest and work to dismantle the status quo.

The intent behind performative activism stems from the desire to increase social capital rather than one’s devotion to the cause, according to Boston Medical Center.

Unfortunately, I think the increase in the amount of performative activism coincides with the rise of social media.

I see performative activism on Instagram through reposts of the mainstream discussion. People hit repost to prove their “wokeness.”

While students may support the cause, this sort of surface-level activism, such as reposting popular posts, doesn’t have direction or any intent to change with personal involvement.

Distinguishing between performative and legitimate activism can be difficult, considering many activists also repost stories or articles pertaining to important issues.

A big indicator in noticing a performance in activism depends on whether or not the person continues to advocate for issues when it’s not trendy.

On UVM’s Instagram account, many students used the platform to express their anger with the University in comments concerning the school’s problem with sexual assault.

The infamous congratulatory men’s basketball post received over 280 comments in 30 minutes, before the University turned off their comments and soon deleted the post entirely, according to a Feb. 21 Cynic article.

The comments are performative, as they take away from the achievement of the Black community at UVM. These students did not consider how their “activist” comments were harming another social cause: racial justice.

Performative activism does not stop with comments. There is an overall issue of lack of critical thinking in posts on social media.

The account used the Instagram sticker feature that allows users to add their own posts on their stories under the same caption.

People added over 4.2 million photos with the sticker, and the organization deleted the post/story 10 minutes later.

The account admitted they lacked the capacity to follow their claim through, according to a Nov. 9, 2021 Newsweek article.

This exemplifies the importance of research into causes and campaigns before supporting them.

The people who posted with @plantatreeco’s sticker did not consider the effects of their performative actions. Instead they should have researched the account before contributing to its efforts.

Performative activism abandons individual action towards the issue. When individuals neglect to understand the issue and goals their actions are supporting, the movement becomes hollow, with no substance.

It is vital to understand an issue and personally commit to the research behind it before reposting something on Instagram.

Please, stop with the performative activism.

It doesn’t help the cause, it decreases the efficiency of the movement itself and it does not dismantle any status quo.