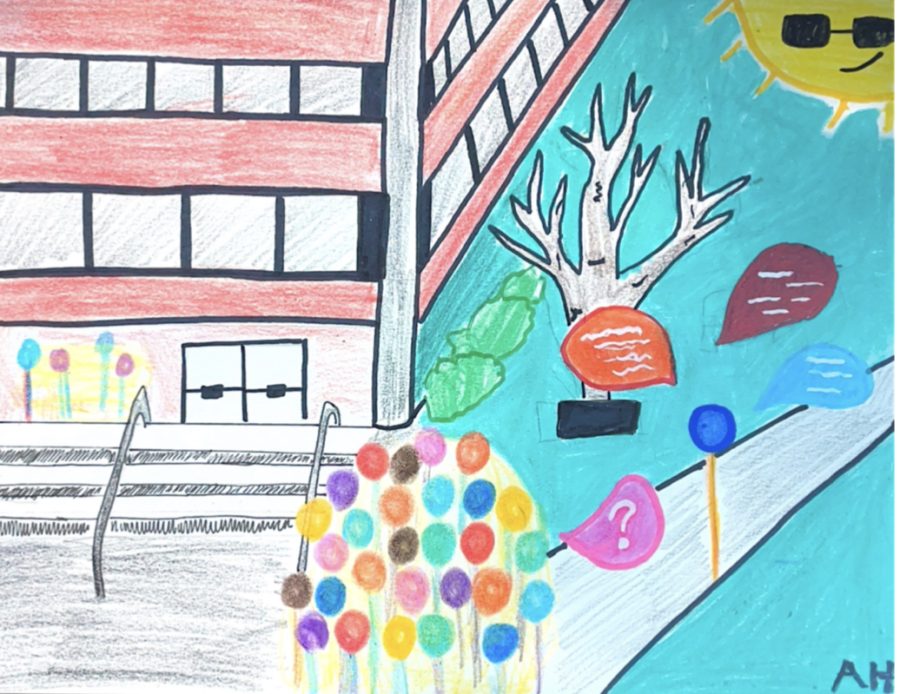 UVM, stop hiding Trinity and Redstone on your campus tours

On my first date with UVM, I went on a campus tour and I fell in love.

UVM’s campus felt right. I loved the size and the old buildings, it was magical.

When I finally moved to campus, it felt like date number four, when you learn about the seven cats, the crazy ex and the haunted doll collection. The size and variability of campus shocked me.

The tours offered to prospective students leave out huge sections of campus and don’t paint a realistic picture of what life at UVM could look like.

While Central campus plays an important part in campus life, with academic buildings, the Davis Center and UVM’s primary libraries, it is not the whole picture.

I ended up living on Athletic campus, an area of the University I didn’t know existed until I deposited the tuition check and moved in. Sure, they mentioned the gym and vaguely gestured towards Harris Millis Dining, but that was it.

The examples I saw were Converse and Central Campus Residence Hall, the only two residence halls on Central campus, according to the UVM Residential Life website.

Some simple addition shows those two halls hold a total of just over 850 students, according to UVM ResLife. There are 37 other residence halls across campus and 4,850 other students living on campus, according to the ResLife website.

These numbers prove most students won’t live on Central campus, despite this area being the focus of many tours. I felt misguided after being placed in a different dorm.

It’s dishonest and leaves students confused and often disappointed when they find out their residence hall doesn’t look like a hotel like CCRH or a 16th century French chateaux like Converse.

The reason for this limited tour area is obvious. Central campus plays host to the newest, fanciest dorms, the most gorgeous views of the lake and the shiniest new academic buildings.

Tours draw students to apply, but skipping over areas of campus, such as Redstone and Trinity campuses, does not display the reality of going to and living at UVM.

Even UVM’s virtual tours and self-guided tour plans do not include Redstone or Trinity campuses, according to UVM’s visit options webpage.

Seeing the rest of UVM’s campus didn’t make me regret choosing to go here. I only wish I knew my experience would not just be what the tour showed.

Now, I feel married to UVM, even after that fourth date shock, and that means being married to every part of campus.

I live on Athletic, work on Trinity, eat on Redstone and spend maybe three hours a day on Central. I wouldn’t have it any other way, because Central isn’t even my favorite part of campus.