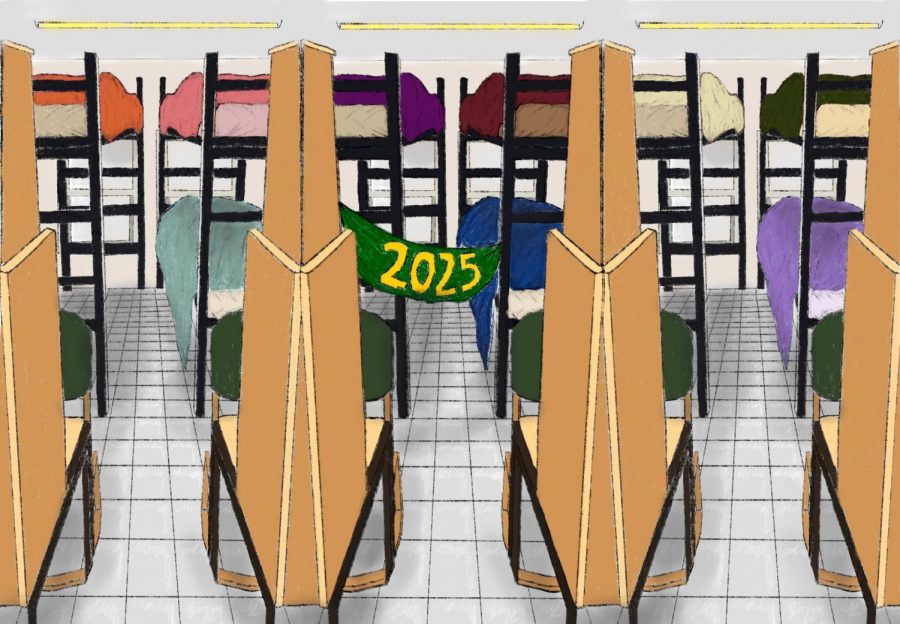 “We are pleased to report that we expect to have the largest first-year class ever,” UVM President Suresh Garimella stated in an Aug. 25 email.

This record has not come without its issues, though.

This year, 1,299 students have been placed into forced triples, according to a Sept. 22 email from UVM Spokesperson Enrique Corredera.

Forced triples require students to dorm with three to a room that would normally house two students. This year there are 433 forced triple rooms on campus, according to Corredera’s email.

If UVM can’t accommodate the amount of students enrolled, they shouldn’t be accepting more than they can properly house.

First-year Bridget Arnold lives in a forced triple and said she spends very little time in her room due to lack of privacy.

“I’m never there, we’ve figured out how to give each other our own space, but it’s pretty cramped and feels like a double with a bunk bed,” Arnold said.

Everyone needs privacy and comfort. Individual time is especially important for students learning to live independently for the first time while having a roommate.

For most first-years, living with just one roommate is a challenge, and now many students are forced to live with two roommates.

Despite the abundance of forced triples, some students are living in a double sized room without a roommate. These “double singles” are being referred to as “dingles” first-year Alex Donahue said.

Donahue was placed into a regular sized single dorm, she said.

“I didn’t expect it at all,” Donahue said when filling out the housing contract that she was ok with being put into any type of room.

Donahue “absolutely expected” to be put into a double room.

Donahue said Residential Life gave them no explanation or reasoning for being placed in a single.

While “dingles” may be a result of last minute drop outs and roommate changes, ResLife needs to rearrange students to fill these double singles rather than just leaving one student to have a double on their own.

UVM needs to recognize the daily pressure it’s adding to students’ lives when they don’t provide the necessary resources for their growing population.

Students’ space and privacy should be a top concern. UVM needs to prioritize its students by putting tuition money back into the dorms by building newer and larger residence buildings. Forced triples cause tons of trouble.